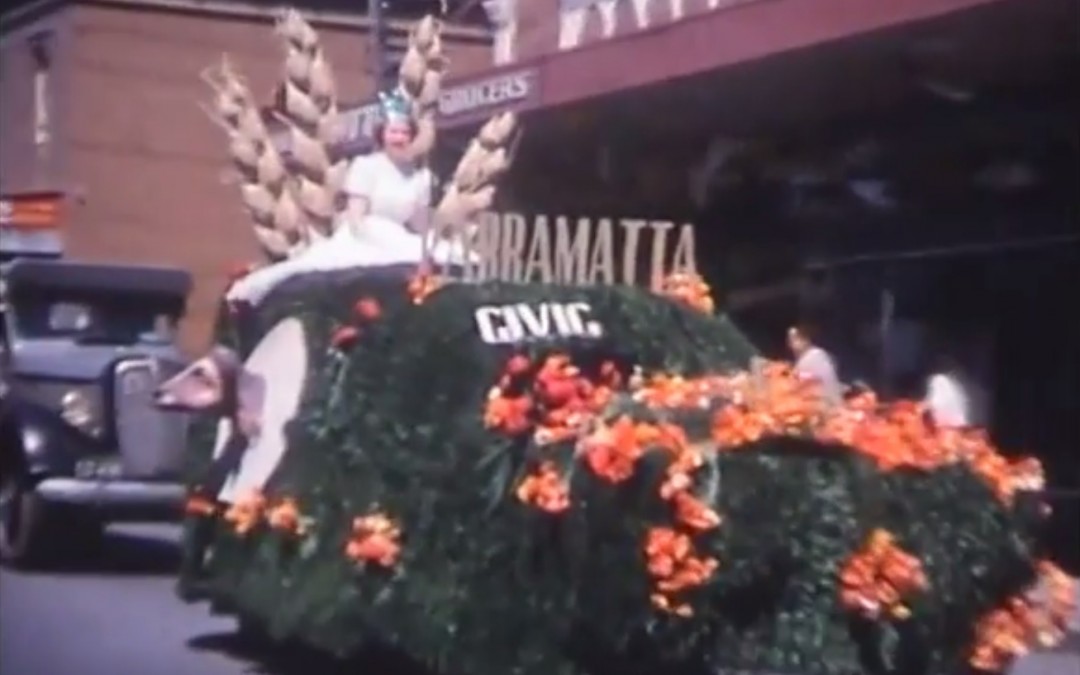 From Parramatta Council’s Archives comes this footage of Civic Week Celebrations in 1952. According to the Civic Week Programme, the purpose of Civic Week was “to urge people to greater civic responsibility; to demonstrate the potentialities of the City; to show the might of Local Government, which is closest to the people”.

The Civic Week Celebrations began  on Saturday 15th November 1952 with a procession of over 200 floats  with  many of the major community organisations and businesses in Parramatta Local Government Area present. It was estimated that 30,000 people watched the parade which began in Granville and made its way to Parramatta Town Hall where the Lord Mayor, Eric Arthur Mobbs,  introduces Premier J J Cahill. There is also footage of water skiing at Parramatta River and the official opening of a new croquet green 21 November 1952 attended by Mayor Mobbs.