The Centennial Baths of Parramatta 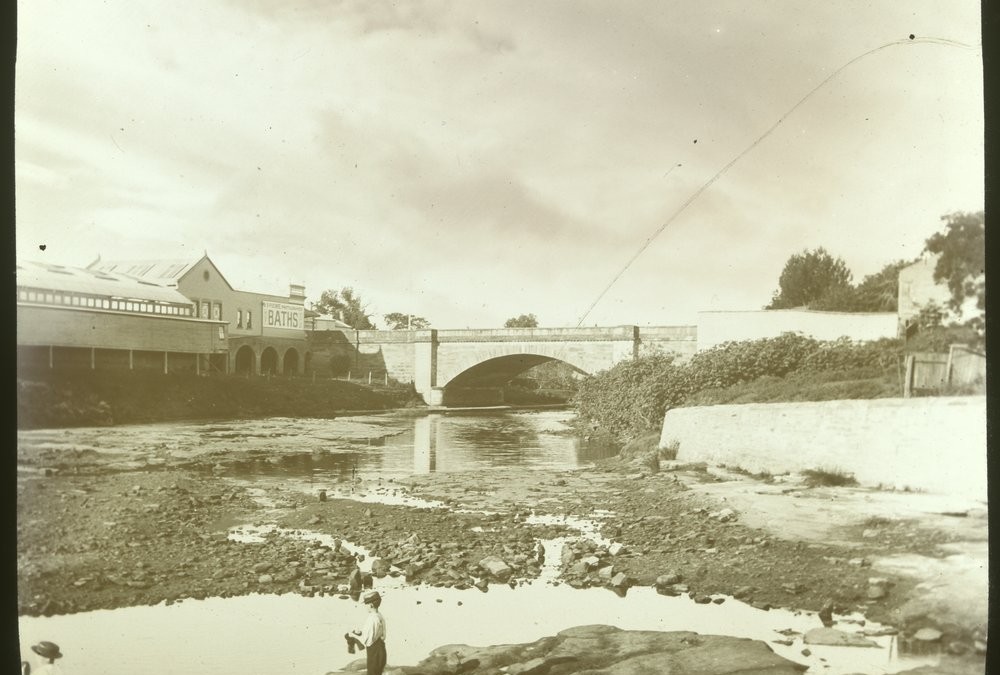 By the early 1880s the residents of Parramatta felt it was time they had facilities for bathing. The river was polluted and the youth of the town had little chance to “practice the noble art of swimming.” Council felt it couldn’t waste any time to have “these necessary adjuncts to cleanliness and health erected”.[1] A deputation led by Mayor Joseph Booth waited on the Colonial Secretary on 15 June 1883 to request that a Bill be introduced to release a portion of land originally set aside for use as a market. The land in question is the current site of the Riverside Theatre next to the Lennox Bridge.

While there was urgency on the part of Parramatta Council to have the baths erected the process of passing the Bill was slow. In 1886 Mr Hugh Taylor, M.L.A., moved to bring in a Bill that would allow the Council of the Borough of Parramatta to construct and maintain a public baths and to borrow money to do so. 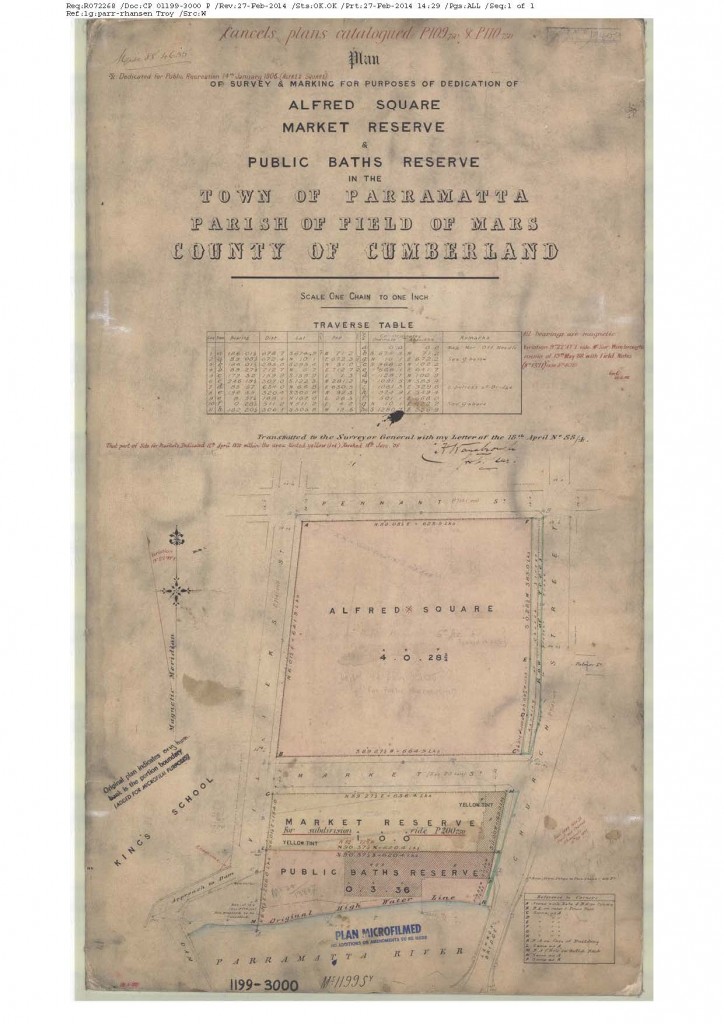 The Bill was passed on the 10th September 1886 and the Council immediately invited competitive designs for the construction of the Baths and Market Building.[2] Architects Hill and Smith and contractor Gazzard and Lavors were appointed in March 1887. The cost of the project was just over £5000.[3] Mayor C. J. Byrnes suggested that because such a large sum of money was being spent constructing the Baths it would be appropriate to christen it “The Jubilee Baths” as a way of celebrating the Queen’s Jubilee.[4]  But by the time the Baths were completed in September 1888 the Jubilee had come and gone and a new name was required.

On the 15th September the “Centennial Baths” were officially opened on the same day as Parramatta Fire Brigade No. 2’s opening of their new fire station, which was located in part of the new Market building. Ratepayers were presented with “the finest hot and cold and swimming baths in the colonies besides a block of handsome and readily let shops.”[5]

The Church Street façade of the baths and market building presented “a handsome appearance, there being eight roomy single storey shops, surmounted with bold ornamental cornices, parapets, etc. cemented. In each of the two pediments are casts of of the municipal seal picked out in gold and colours.” There was also a further four shops in an arcade and a vestibule fitted with seats, marble topped tables, fountain and large flower stands. There were 12 hot and cold water baths beside a large swimming basin that measured approximately 36×18 metres with a depth of 1 and 3 metres. Some of the water was drawn from the river the rest from the reservoir. There were 50 dressing boxes and 4 large shower baths.[7] 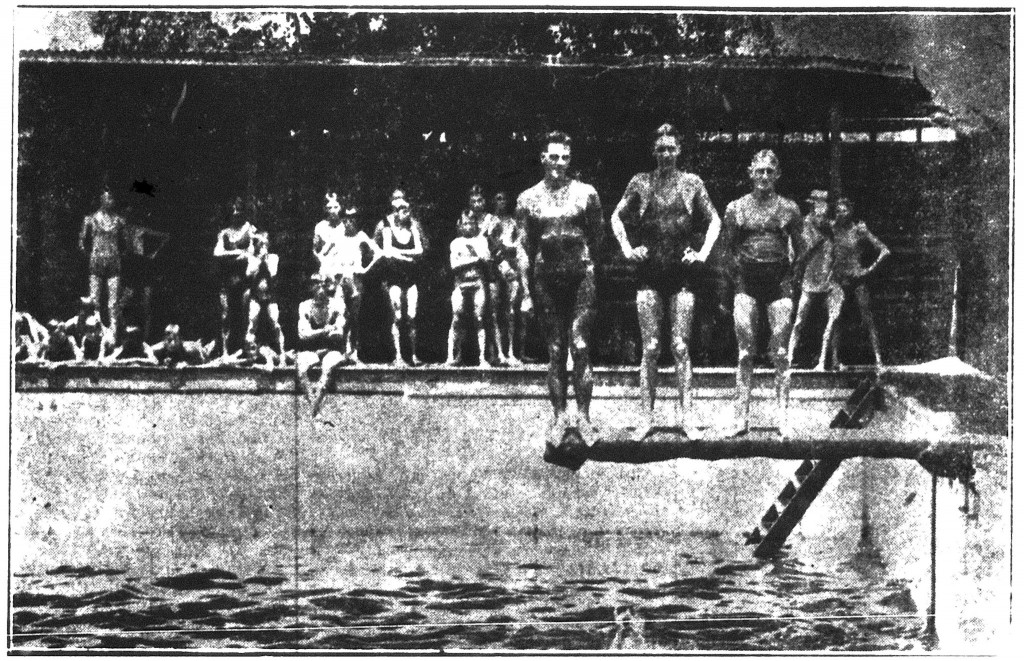 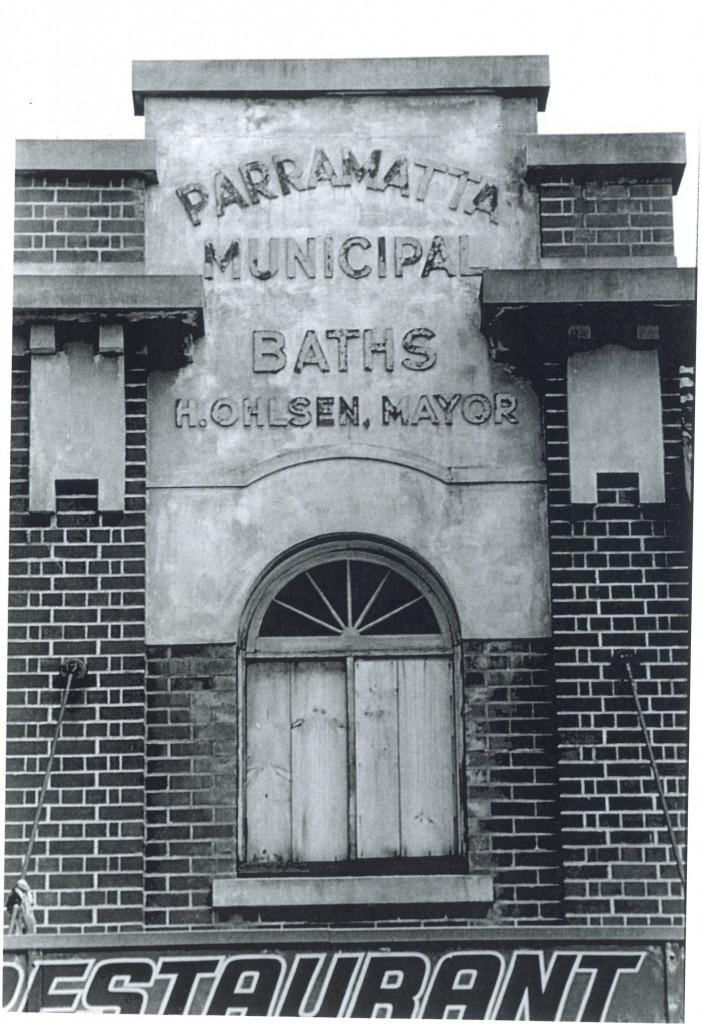