The HMAS Parramatta Memorials, One and Two. 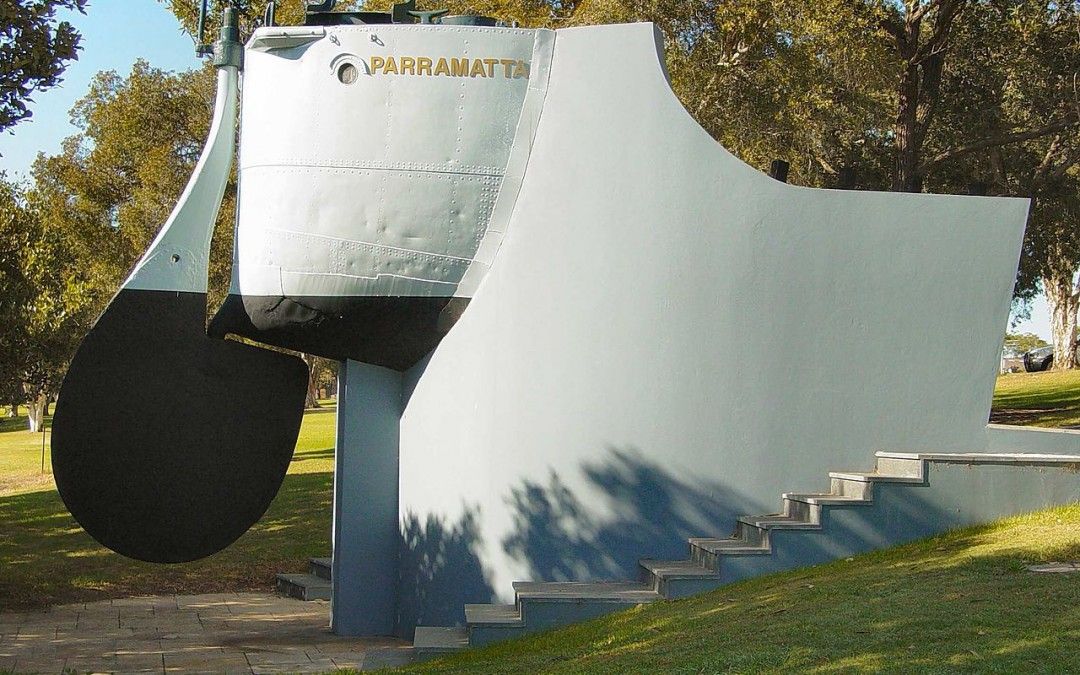 The two HMAS Parramatta Memorials commemorate the service of all the ships to bear the name Parramatta in the Royal Australian Navy. The first of the ships was the torpedo boat destroyer which served with distinction in the Pacific and Indian Oceans and the Mediterranean in World War I. The second ship, a sloop, served in the Far East, Red Sea and the Mediterranean. She was sunk by the German submarine U559 off Tobruk on 27th November, 1941. One hundred and thirty seven of her crew were lost in the action. Only twenty four crew survived. The third Parramatta, a destroyer escort, was commissioned in 1959 and decommissioned in 1991. The fourth Parramatta was launched in the year 2000 and is still in service.

The original idea for a memorial to HMAS Parramatta came in early 1959 following a meeting between Parramatta Mayor E. A. Mobbs and former naval men with a view to creating interest in a proposal to establish a Memorial to the great deeds of HMAS Parramatta II and to the memory of the men who paid the ultimate sacrifice. A public meeting was held on the 8 April, 1959 and it was decided by those present to arrange for a Memorial Bowling Green to be created at the corner of Harris and Hassall Streets, Parramatta. 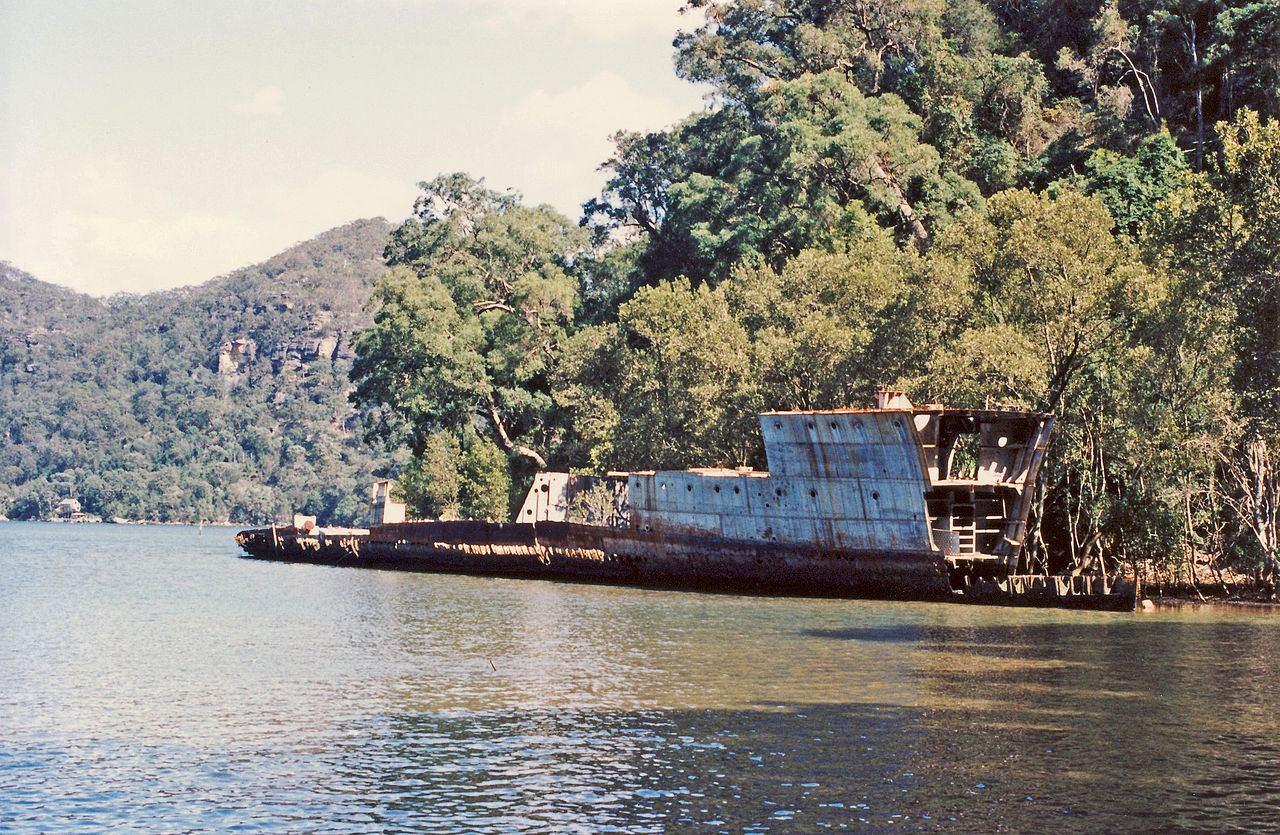 The remains of HMAS Parramatta I on the Hawkesbury River. Note the stern removed from the hulk.

In 1971 The Naval Historical Society of Australia proposed to the Australian Naval Board that a section of a historic naval vessel be salvaged and incorporated into a naval memorial. The Society suggested the torpedo boat destroyer, HMAS Parramatta I, aground above the Hawkesbury River Railway Bridge. In 1928 the decommissioned HMAS Parramatta was towed from Garden Island to Cowan Creek to be used as accommodation for prisoners from Long Bay Gaol whilst constructing roads at Ku-ring-gai Chase. The scheme did not go ahead and as the ship was being towed back to Sydney Harbour it sank in the vicinity of Brooklyn Bridge. The other ship suggested for a memorial was the Queensland Navy gunboat Gayundah in Moreton Bay. The Naval Board decided the Parramatta, being the first ship built for the Royal Australian Navy, was the more suitable and ordered a survey of the hulk. 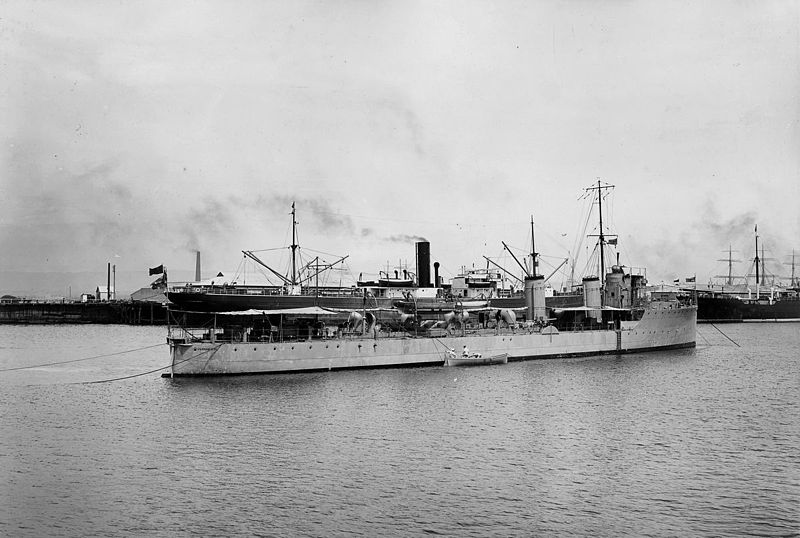 In 1972 the Naval Historical Society of Australia contacted Council suggesting that two sections of HMAS Parramatta , the bow and stern sections, could be incorporated in some form of memorial at Parramatta. A public appeal was launched and later in the year Sydney Bridge and Wharf Limited carried out the salvage of the bow and stern section under the supervision of Mr. L. J. Lind of the Naval Historical Society. The sections were transported by sea from the Hawkesbury River to Rydalmere and then by road to Parramatta.

In 1973 Council had chosen the site for the memorial selecting parkland adjacent to Queens Wharf in George Street, Parramatta. A “HMAS Parramatta Naval War Memorial Appeal” was launched, its slogan being, “Bringing home the first ship of the Royal Australian Navy.” By the end of the year almost $6000 had been raised for the memorial. 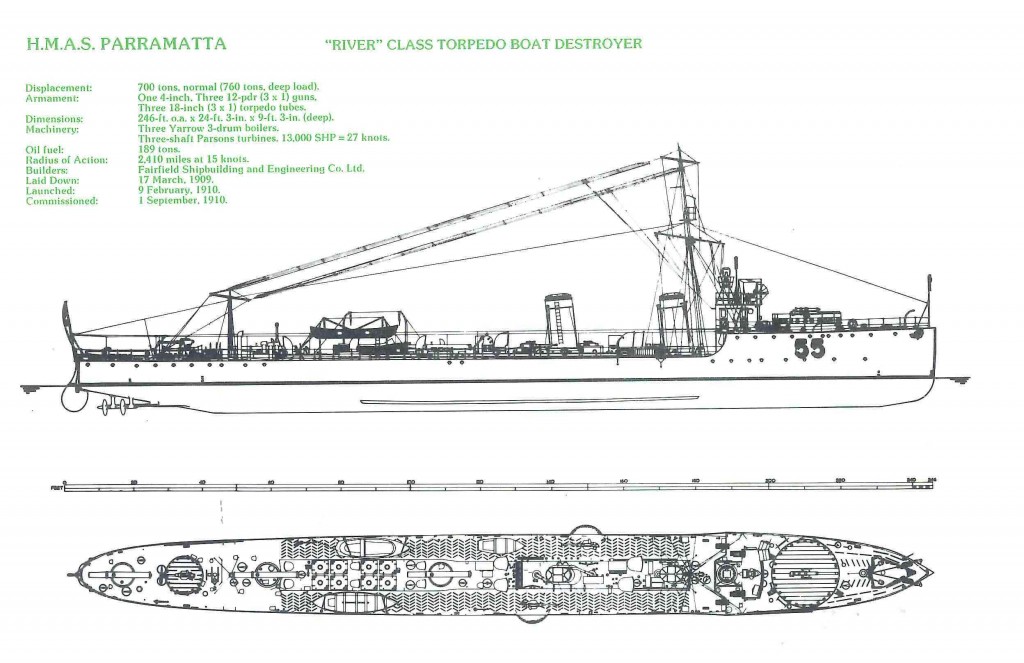 The commencement of the project was delayed when the Foreshores Building Committee of Advice did not approve of the memorial site. A number of new sites were proposed, including Silverwater, Parramatta Park at the rear of the Bowling Club, Prince Alfred Park, and Parramatta Lake. After 6 years of debate over a suitable site, Parramatta Council and the Naval Historical Society went back to Queens Wharf location but this time submitting a revised memorial design incorporating only the stern section of the vessel. This new design was viewed as being compatible with the site and approval was given. Work finally began in 1981 to construct the memorial. The bow, now not required, was sent to Garden Island where it remains on display.
The Memorial was unveiled on 13 June 1981 by Admiral Sir Victor Smith. In his speech he remarked on the early history of HMAS Parramatta and its link to Parramatta area,

“…the first H.M.A.S Parramatta had a unique claim; to use the words spoken when she was launched in the United Kingdom on 9th February, 1910, she was the first born of the Commonwealth Navy. Later that year, the ship was presented with a large silk ensign by the then Mayoress of Parramatta, being a gift from the ladies of the Parramatta River district. When making the gift, the Mayoress said “I present this flag to the first unit of the eastern fleet of the Empire from the locality in which the stream of Australian national life first took rise.”” 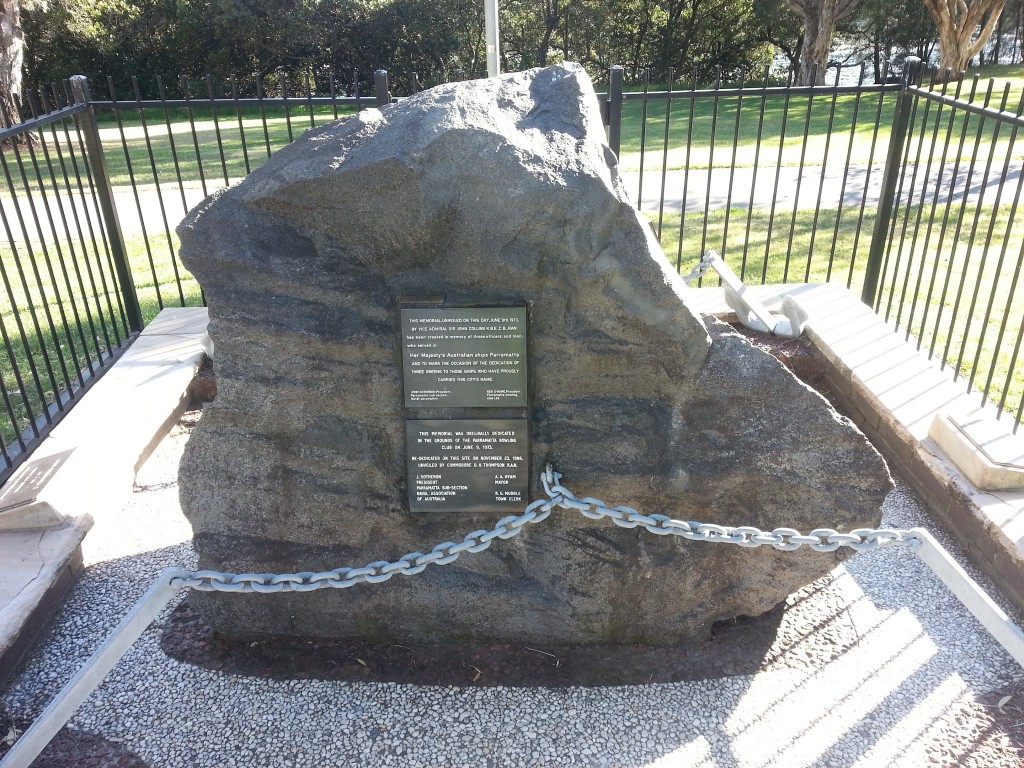