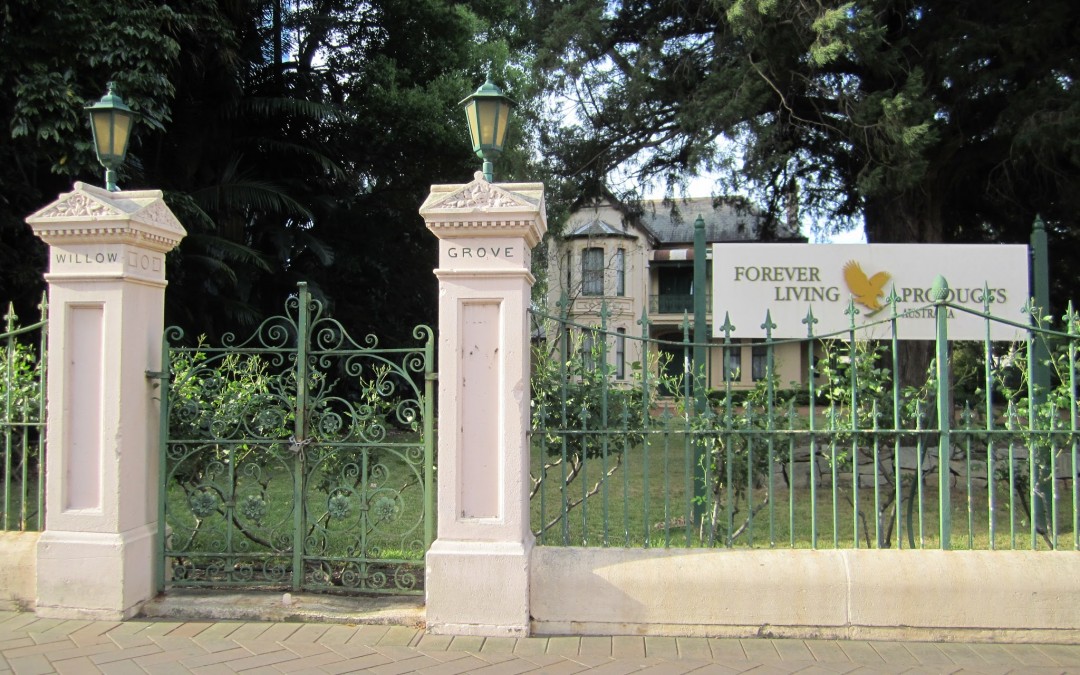 Locals may be aware that ‘Willow Grove’ was once a private hospital known as ‘Estella’ or ‘Nurse Davidson’s Private Hospital’  but we thought others may be interested in the background of this heritage listed building nestled in the heart of Parramatta City.

Originally built as a private home sometime between 1870 and 1880, it was a private hospital, then a Telecom office and is now a commercial building owned by Forever Living Products.This Victorian Italianate house was registered as a private hospital known as “Estella” when a Mrs E.E. Davidson, a matron and midwife purchased the property in 1919.1 This was the same year the world-wide pandemic of influenza struck Sydney and Parramatta.When Estella Private Hospital opened there were 129 private ‘lying-in’ (or maternity) hospitals recorded in Sydney in 1920. The majority were run by trained midwives forming a private maternity hospital system in New South Wales. The Private Hospital Act of 1908 made provision for annual licencing and regular inspection of hospitals to improve standards for midwifery care and the gradual elimination of untrained staff among the hard work of the Australasian Trained Nurses Association.2

Based on the public family notices about Estella (below) we can tell that Mrs Davidson was a trained nurse as her professional title given was ‘Sister’. In addition, the mention of doctors (Dr. Whiting and Dr. Waugh) signifies that beside ‘lying-in’ care, medical and surgical care may also have been available.

Again in 1925, the name was changed to “Aloha” and it continued to operate as a nursing facility until 1952 when the property was subdivided and sold by then owner Sister Frances Amy Thompson.3

The property’s Parramatta River frontage (located at the rear of the house) was sold to Parramatta City Council to create a car park and open space. The remainder of the property was sold and given to the Post Master General’s (PMG) Department (renamed the Australian Telecommunications Commission in 1975) as an Telecom office on 31 March 1953.[4]

In 1994 the property was brought by US-based company Forever Living Products owner Rex Maughan, who renovated, restored and continues to operate from Willow Grove. In June 2015, the property was purchased by Parramatta City Council.