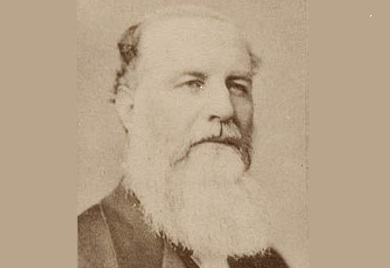 (Excerpt from The Cumberland Argus, 24th October, 1917) Mr. Charles Joseph Byrnes passed away at his residence “Locksley”, George-street, Parramatta, on Monday evening after a comparatively short illness. He was seriously ill a few years ago, but his splendid constitution allowed of his physical forces and natural virility being restored for a time, thanks to careful medical attention and, till a week ago, he was to be met with almost every day in the streets of the old town of Parramatta which he loved and had served so well …

So far as the time-measures of public service go, Mr. Charles J. Byrnes served the public of Parramatta and to some extent the public of Australia to a greater extent perhaps than has ever done any other local public man; and during his life, perhaps, very few truly estimated his character for all that it was and all that it had meant along decades in tending to keep this old town what it was in the early history of New South Wales (and indeed of Australasia) … By his courage, by the force of his high personal character … he was judged by most to have been the ideal public servant ….

There are those still active, more or less, in some public interests in our midst, whose memories will carry them back to the very strenuous days of the early municipal life of Parramatta, in which Mr. Chas. J. Byrnes (son of the late Hon. James Byrnes …) played so important a part. Mr. C.
J. Byrnes had been trained for the law, and he had served his articles with Mr. Hamilton Walsh (solicitor of Goulburn …) but he went into commerce instead eventually and became connected with the woollen industry having large mills in both Granville and Parramatta. In those days he began as his father had done before him, to play a part in public life.

… He came into public life by a sort of family succession … just after the stirring days of the political struggles of the Parker, the Oakes and the Lackey factions, and found his own family party, or his father’s party, confronted by a crude, but none the less desperately threatening force known as “the Taylor crowd”.

In those days Mr. Hugh Taylor led the local Capulets, and that sturdy politician had as his henchman – at times – his powerfully fighting brother, John Taylor, whose potential vagaries were, however, an uncertain quantity ahead now and then. Mr C. J. Byrnes led the “Montagues”. As his father retired into the age of the sere and yellow leaf … two entirely new parties began to crystallise and young Mr. C. J. Byrnes took over the leadership of what then became the conservative and trusty “old Parramatta crowd”.

… Mr. C. J. Byrnes’ father (the Hon. Jas. Byrnes MLC) was one of the members of the first Parramatta Municipal Council and a Minister of the Crown. To him we owe the possession of Parramatta Park which would have been cut up for residential sites in his day … James Byrnes was also largely instrumental in getting for Parramatta the North Rocks water supply. The development of that into a system for the reticulation of the old town was a feather in the cap of his son a few years later …

In the year 1868 Mr. C. J. Byrnes entered the municipal life of Parramatta when the Government ordered by “Gazette” notice that three new members should be added to the ranks of the existing council. He took his seat for the first time on 22nd September and was elected Mayor for the first time in the year 1870. Mr Hugh Taylor followed him and occupied the mayoral chair for two years. In 1873 there was a deadlock for a couple of months, the Byrnes party and the Taylor party voting equally. The municipal business of Parramatta came to a standstill; the labourers were dismissed and contractors declined to carry on work without payment. From before February 10 till March 23 things were in the nature of a close, unending struggle between two great dominating municipal factions here. Then Alderman Williams (who had been Parramatta’s first Mayor and was one of Mr. Byrnes’ supporters) died; and, the deadlock thereby coming to a sudden end, Alderman H. Taylor was unanimously elected Mayor. In the year 1875 Mr. C. J. Byrnes took the chair again and he remained there until 1882. He had another term of office from 1886 to 1889 and once again from 1892 to 1894. Alderman Withers took the chair in 1894, but vacated it – owing to certain unique circumstances – during the same year, the “perpetual Mayor” (as Mr. C. J. Byrnes had now began to be called locally) going back to his old seat, which he retained till 1896.

Mr. Byrnes was the member for Parramatta for years. He was a Protectionist by conviction at a time when Protection was a sort of political heresy to most of his old local friends: but his personal popularity carried him to the Assembly … in spite of the fact that Parramatta was a Freetrade constituency. He represented Parramatta in Parliament from December, 1874 to October, 1877 and again from November, 1880 to November, 1882.

When a comparitively young man Mr. Byrnes led to the altar Miss A. M. Phillips … Mrs. Byrnes passed away only on September 3rd of this year. 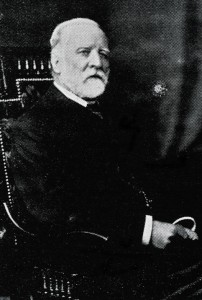