John Williams was born in 1816 in Sussex England. He was transported to Sydney for the crime of picking pockets, arriving in Sydney on 1 January , 1835. He was granted a ticket of leave in April 1841 and received a Pardon seven years later.

Andrew Nash, in September 1854, transferred the licence of the Woolpack Hotel to John Williams who held the license until 1865.

A description of the elections is provided below in its entirety from the Sydney Morning Herald, dated Saturday 4 January 1862.

The Council sat on Thursday 2 January 1862, at four p.m., at the Court House. Present-Aldermen Pye, Byrnes, Harvey, Houison, Williams, Trott, Neale, Good, and J. Taylor. On the motion of Alderman Byrnes, Alderman Pye took the chair. After stating that all the declarations of office had been duly made, in accordance with the Act, the chairman called upon the meeting to proceed to the election of a Mayor.

The show of hands being equal, the Chairman gave his casting vote in favour of Alderman Williams, who was declared duly elected, and thereupon took the chair.

The Mayor, elect said he felt some degree of embarrassment in addressing them, after the unexpected honour conferred upon him; but he wished that it should be at once clearly and unmistakeably understood that he had had no voice in the matter, nor had he attempted to influence in any way whatever the mind of any member of the body in his favour. So far as his personal feelings were concerned, he could see, on looking around him, three or four gentlemen far more suitable to occupy the position of Mayor than himself; but, after having been nominated to the office of alderman – after having received so large an amount of support – and having been elected to the council, he considered himself to be the property of the electors, that he was responsible to them for the full performance of his official duties, and that his best exertions were due to them. He had consented to be nominated on the present occasion, not because he entertained any other feelings than those of the highest respect and esteem for Mr. Byrnes, but because he thought under the circumstances he had before mentioned, he would have exhibited a want of independence of character had he, from motives of delicacy, declined to stand. He believed that those who had voted against him had done so from the best of motives, and he trusted that a feeling of friendship would continue to exist. He would devote the utmost of his ability to efficiently discharge the duties of his office. If he erred in judgment, and errors of judgment only would be his, he trusted they would afford him their counsel and assistance.

Alderman BYRNES said: He had no feelings in the matter. He had indeed been relieved of a load of serious responsihility by the election of Mr. Williams, and, if he consulted his own feelings he might say that he was heartily glad. Up to eight or nine o’clock he had urged his friends not to put him in nomination. His sole reason in coming there to-day was to carry out the wishes of his friends, who had taken an active interest in his election. He had regretted to notice in Mr. William’s address that he should have admitted that he was a mere machine in the hands of a party. (Mr. Williams: ” I admitted nothing of the kind.”) (Mr. Byrnes: “Not in words, Mr. Williams.”) He knew perfectly well that he would not be elected that day, for he was aware of the malignant spirit which existed against himself personally. (Interruption from Mr. Pye and Mr. Harvey.) Mr. Pye should not interrupt him. (Continued interruption.) The interruptions of Mr. Pye showed his low, base, and malignant feelings. It was to this that he attributed his not being elected, of which he had no expectation when he came there, but his object in coming was to test the sincerity of Messrs. Williams and Trott, in what way, they would perhaps have explained directly. (Interruption.)

Mr. BYRNES : I appeal to the Chair. Mr. Pye has interrupted me ten or eleven times, his impetuosity, ignorance, and malignity, will not suffer him to allow me to speak.

Mr. TAYLOR : I came here, Mr. Chairman, to conduct myself in a manner becoming the office, and I trust that others will do the same. If this is to become a bear garden, the public should be made aware of it.

Mr. BYRNES continued: He trusted that the Mayor would, in his office, exercise rule over them, that he would preserve good order, and strictly enforce the observance of the rules and laws of the institution by every member of the council. Mr. BYRNES concluded by an expression of good wishes towards Mr. Williams and his family. “He wished Mr. W., in every sense, a happy new year.” Mr. Williams and Mr. Byrnes here shook hands.

Alderman TAYLOR said he rose simply for the purpose of putting himself right in the eyes of the electors who had returned him. During his canvass and at his election, he had had an opportunity of ascertaining the feeling of electors as to the future Mayor. He found a large number in favour of Mr. Byrnes. He had told electors that Mr. Byrnes would probably be elected as Mayor, and he had from conversations with Mr. Williams and Mr. Trott, been led to understand that they would support Mr. Byrnes. “You, sir (addressing Mr. Williams), and Mr. Trott promised to support Mr. Byrnes; it was upon the faith of that that Mr. Byrnes has been brought forward, and to that, sir, you and Mr. Trott, to a considerable extent, owe your election. [Mr. Williams and Mr. Trott here emphatically denied having given any promise to support Mr. Byrnes.] He (Mr. Taylor) only made these remarks to justify his conduct in the matter to the electors, and to let them see that he was not to blame.

After some further remarks from Aldermen PYE, BYRNES, TROTT, and HARVEY, the Council rose, sine die. 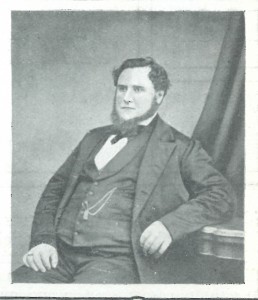