It was a big day for children in Parramatta back in September 1st, 1961. The Hoyts Roxy Theatre was about to present “Misty” starring David Ladd, Arthur O’Connell, Anne Seymour and Pam Smith, directed by James B. Clark and produced by Robert B. Radnitz.

Misty is a story about two orphan children who lived with their grandparents on a tiny island called Chincoteague. They lived on a pony ranch where their grandpa Beede (Arthur O’Connell) raises and sells ponies. He catches them in the wild and sells them at an auction once a year.  The children fall in love owith a wild newborn pony called “Misty”. So Paul (David Ladd) and Maureen (Pam Smith) try to save all the money they can to get the pony of their dreams but they lost the auction to an higher bidder. The story continues as the children try to get the pony back and release it to the wild. Once they finally get Misty back, they realise that Misty rather live with them than with those of his kind.

Going to see the film was an exciting event for all the family. Big advertisements on walls and posters around Parramatta were reinforced with the presence of a real pony on the opening day of the movie. The children were so happy to see and pat “Misty” the pony while their parents where queuing. They gathered around with big smiles on their faces and increasing excitement for the occasion. 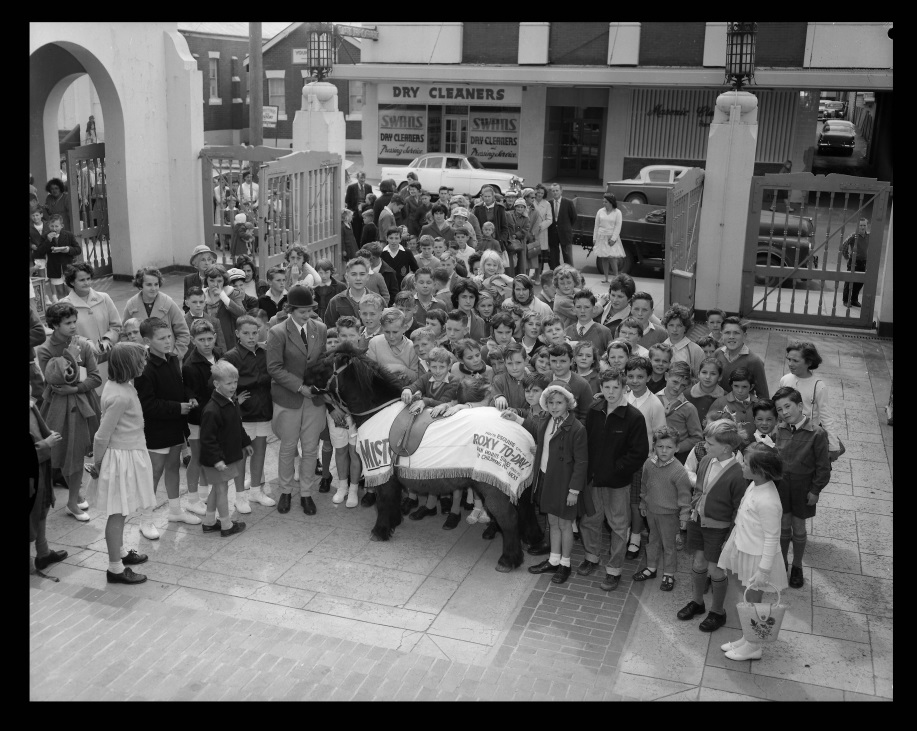 At the end of the day children enjoyed having a group photo taken to remember the day, many wanting to be as close as possible to Misty and others patiently waiting for the camera to preserve this moment for all of us to enjoy today. 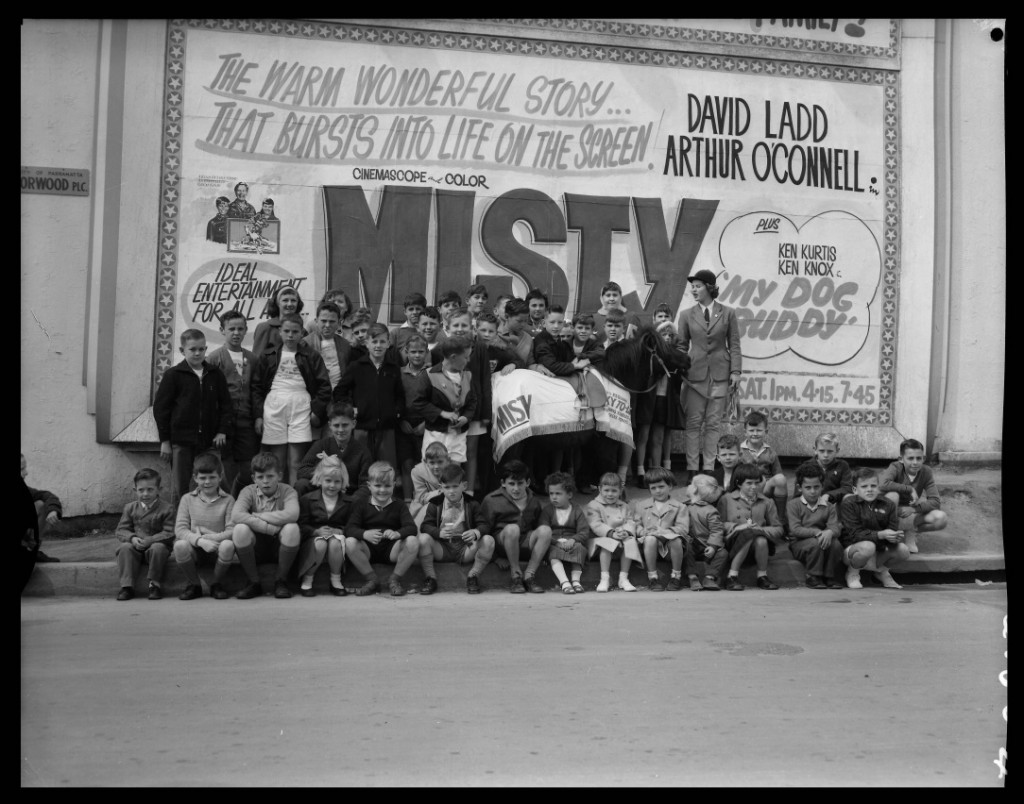