He was elected to the position of Lord Mayor of Parramatta, Sydney’s second largest Central Business District, in May 2005. His first term as Lord Mayor began in September 1999. At 30 years of age he was the youngest person to hold this office.

Cr Borger lives in North Parramatta with his wife Giselle. He has played an active role in the community and has taken a leading role in development issues throughout the city, ensuring residents’ concerns regarding urban consolidation are given proper recognition when the council assesses individual projects.

Cr Borger continues to pursue his passion for urban design issues on the wider stage. He was the only speaker from local government at the Premier’s inaugural 2000 Urban Design Forum, which highlighted the need for more sensible and thoughtful design of development throughout NSW. Cr Borger was an adviser to Deputy Premier Andrew Refshauge when he was NSW Planning Minister.

He continues to promote the revitalisation of neighbourhood shopping centres, engagement with the community, decent transport and a creative city as his priority projects.

Cr Borger was previously employed as a social worker with the Uniting Church. He was also a volunteer worker with the Parramatta Mission. When Lord Mayor he instigated a fundraising campaign to help community groups that provide services to homeless people in Parramatta. He has worked closely with groups such as Shelter NSW, the Wesley Mission, and the Exodus Foundation in securing more resources for the homeless during and beyond the Olympic Games.

He wants to create renewal in neighbourhood shopping, to breathe life back into the main streets through a major public investment program and by redesigning the neighbourhoods to keep their sense of pride.

He was MLA for Granville from 2007 until 2011 where he served as Minister for Roads and Minister for Western Sydney. 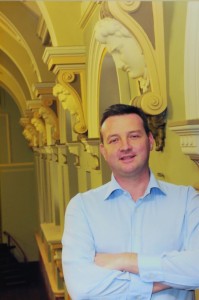