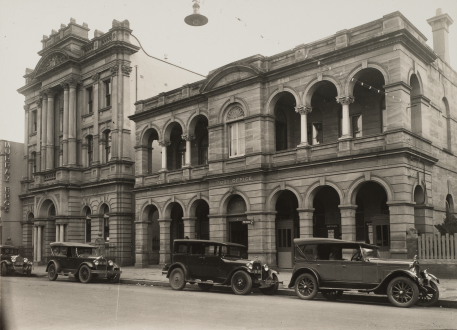 The first post master in Parramatta was James Orr, who carried out his business from a hole in the wall at the back of the Court House. Orr also hired a postie to deliver letters around Parramatta, and postage was paid at the time of delivery.

To get the mail to Parramatta from the Central Post Office meant a horse and coach needed to leave Pitt Street at 8am each morning.

When the new rail line opened to Parramatta at the end of the 1850s it was finally delivered by train. Parramatta was the starting point for all mail that was to be delivered out west until 1863 when the railway was extended out to Penrith.

In 1869 the Government decided to amalgamate the telegraph and post office and both were moved into a building rented building in Church Street. 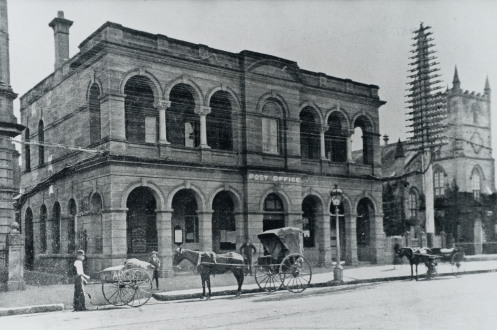 In 1876 an inspector reported that the post office was a ‘very dirty shop’ and this led to a move to build a ‘modern office’. This building was designed by the Colonial Architect James Barnett and was built in between 1878- 1880. The building still stands as a two storey sandstone building in the ‘mannerist’ style complete with grey marble columns.

Telecom then used the building up until the early 1980’s until it was turned into a restaurant. Now it is occupied by the University of New England and is being used as an information hub and café.