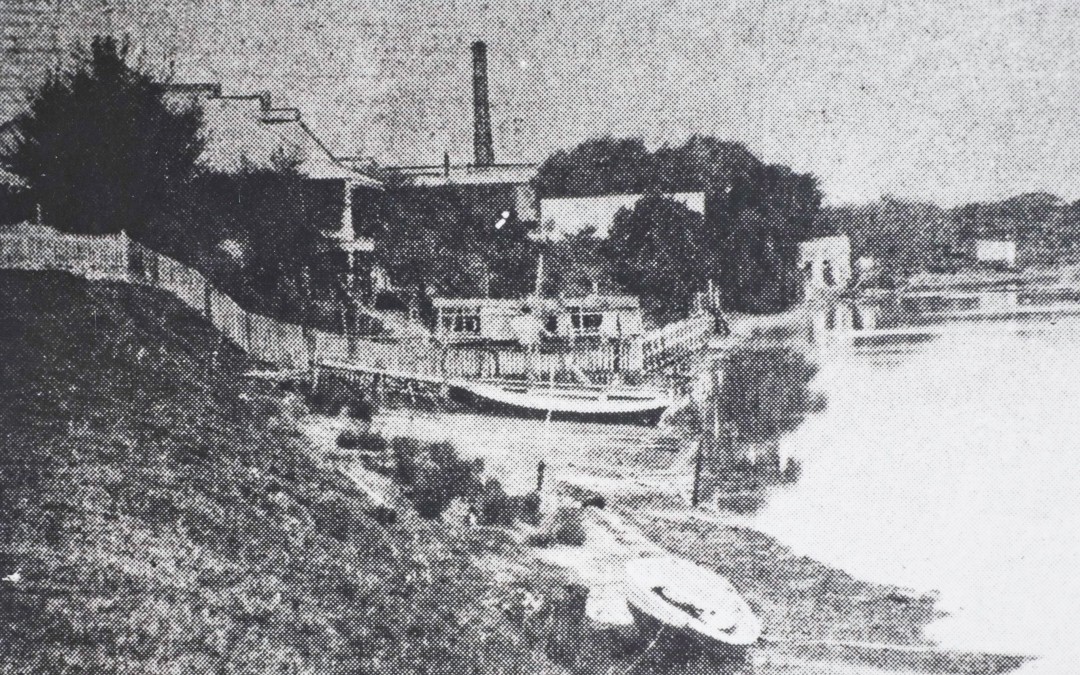 The first colonists under Governor Arthur Phillip arrived at the foreshore a little further south near Duck Creek on the 23 April 1788. After making their way on foot to this site Phillip recognised the agricultural potential of the surrounding land and access to fresh water. As a result he returned to Sydney with a desire to set up Australia’s second settlement at this site which he named at the time Rose Hill [not to be confused with the current suburb of Rose Hill]. On the 2 November 1788, the colonists returned landing at this site just east of the current Gasworks Bridge. They had arrived to prepare the ground at Rose Hill further up the river but they had to land their goods here and carry them overland to the site in Parramatta Park; this was because at this time the river was too shallow for boats. One of the early priorities for these early settlers was to build a wharf and this was first known as the ‘Landing Place’, then ‘The King’s Wharf’.

This was a fairly rudimentary structure made by laying logs along the river’s sandy edge to allow ship’s boats to load and unload. The high sandy bank was later cut away to allow stores to be carried firstly along the river bank then a westerly track, cut through the bush, to the fortification and store at Rose Hill (The Crescent). This track was later to be laid out as High Street. This original log wharf was later unable to accommodate the growth of river traffic and so a new wharf slightly east was built. This wharf was named ‘Queen’s Wharf’. The dredging of the river for the new Rivercat Ferry Wharf has altered the banks of the river and removed the small beach-like areas and gradual slopes into the river. 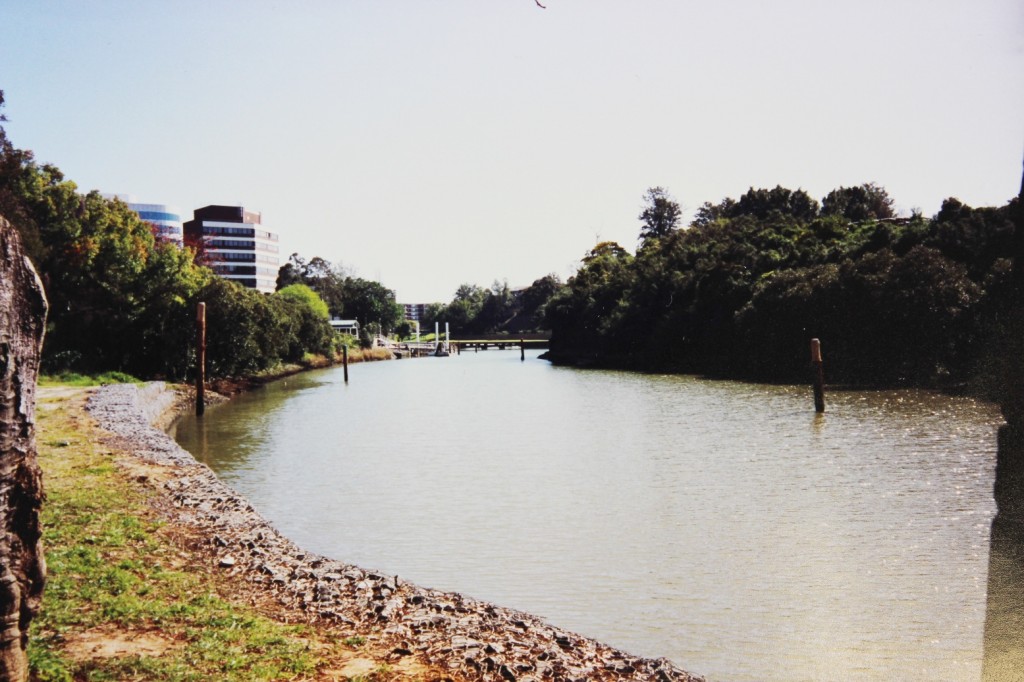 The river  was much more tidal before the dredging and this view looking up the river would have looked quite different before the works. In the image below of Howell’s Mill we can see an idealised version of the site but even given the artistic license the landscape of the river is clearly different. The mill in this image would have been slightly behind the place where the photographer took the picture above. 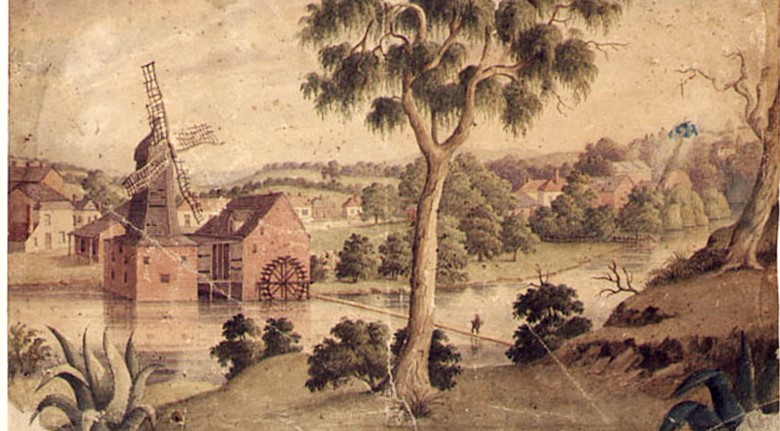