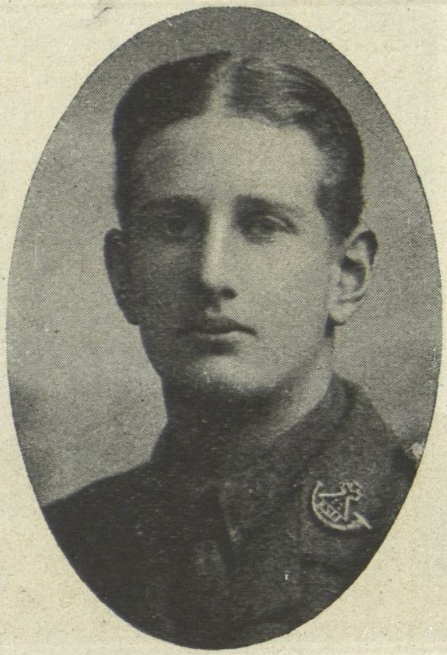 Lieutenant J B Bettington Jnr. was the grandson of the well known Parramatta pastoralist J B Bettington of ‘Oatlands’ in Dundas, Sydney. His mother was the daughter of another well known Colonial identity Dr. Harris, Headmaster of King’s School.When Dr Harris returned to England his mother accompanied him with her young son. As a result Lieutenant Bettington was educated in England and instead of completing his Oxford University studies was among the first to volunteer to serve at the front. He was 20 years old when he enlisted in late 1914 and served in the Shropshire Light Infantry as a lieutenant-adjutant.His father drowned soon after the marriage to his mother and this must have been the reason she accompanied Dr Harris back to England. His grandfather died on the 22 December 1915, only a few months before the Lieutenant was wounded. Mrs J B Bettington apparently had another grandson Jack Bushby who was wounded in Flanders. References The Muswellbrook Chronicle, 27 May 1916 Cumberland Argus and Fruit growers Advocate, 24 October, 1914 The Cumberland Argus and Fruit growers Advocate 18 Aug, 1917