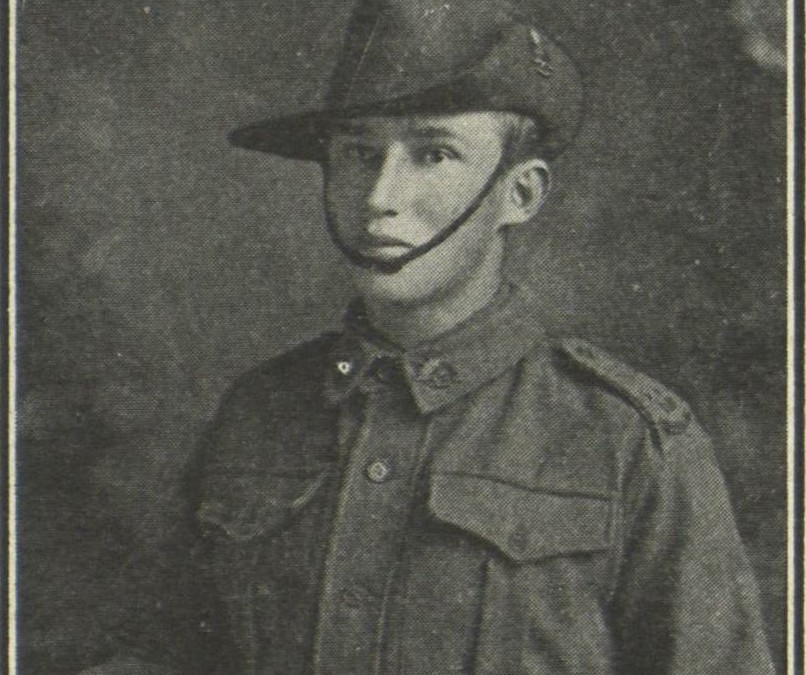 Bomber Herbert Woodward, a labourer and, Hannah Woodward’s second son, was the first to go, on 12 May,1915,on board the “Themistocles”, with the 17 Battalion. He fought for five months in Gallipoli and was in the famous evacuation. In May 1917, he sustained a gunshot wound to the leg in France.