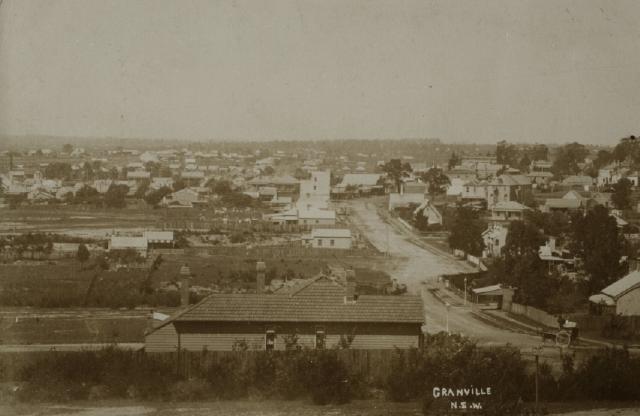 Brothers William Lackey and John Lackey arrived in New South Wales  from North of Ireland in early 1800s. William Lackey was transported for “inflicting a fatal blow” and arrived at Sydney in 1826. He was given a pardon and ticket of leave in 1829 and in 1830 was appointed bailiff at Parramatta. He married Mary O’Dowd, the only daughter of John O’Dowd. They gave birth, in October 1830, to Sir John Lackey the well know pastoralist and politician.

William Lackey ventured into business and by the early 1830s had acquired land in the County of Cumberland and held several hotel licences, one of these, called Maurice O’Connell Inn, was located on the ‘Dog Trap Road’ (now Woodville Road) near Granville. This Inn was known locally as “Lackey’s Pub”. William’s older brother John was a constable on the Shoalhaven River and he managed the property. Business however did not go well, the hotel was not very well located and because of a road diversion, the hotel’s clientele was limited to wood cutters, pedestrians, or swagmen. The industrial depression of the 1840s and the complete deforestation of the area, forced the closure of Lackey’s pub. John gave up the liquor licence and the hotel operated as wood carting business. William Lackey disposed of most of his property to the O’Dowd family before he became insolvent in 1843.

In the early 1860s William’s son John took over the hotel on the Dog Trap Road and most of the adjoining land (Granville) which he laid out as a vineyard and farm. In 1879, ‘Dog Trap Road’ was renamed as a Woodville Road to reflect John Lackey’s estate.

William was appointed as overseer on the Moore Bank Estate near Liverpool. He remarried and had a son and daughter by his second wife. He lived there up to the time of his death, 30 December 1880.