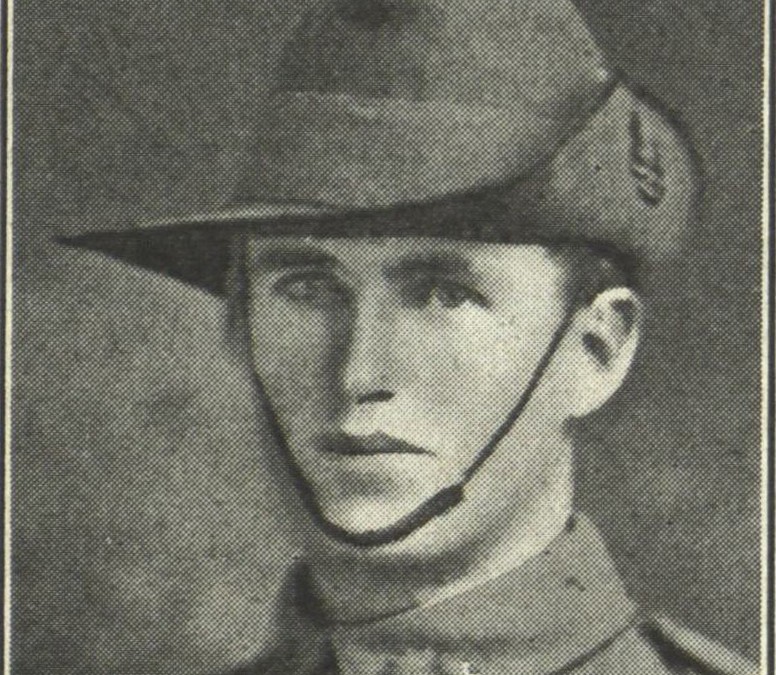 Private Walter Woodward, labourer and the eldest of four serving brothers, sailed on 20 June, 1915, with the 20 Battalion. He was wounded in the battle of Pozieres on 23 July, 1916, receiving shrapnel in the shoulder, which remained there. He was in hospital in England and returned to the firing line in the following October. He was wounded again at Fleurs on 15 November 1916, when he was shot in the chest, the bullet emerging from his back. It is believed that he got back to the firing line in April 1917, and was wounded a third time in May.