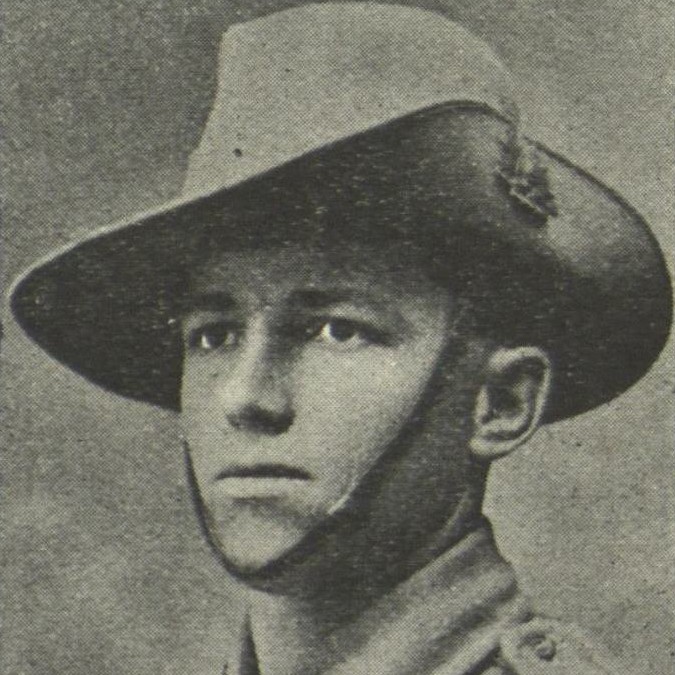 Frank Hosford, a blacksmith from Station Street Harris Park, the first of his four brothers to enlist only a few days after the outbreak of the war. He was wounded in Gallipolli and returned to Parramatta, the first soldier from Parramatta to return, in August 1915 where he was met by scores of friends at a special welcome home party held at the Parramatta Jubilee Hall. he was presented with a gold watched inscribed with “From his sporting friends, to Private S. B. Hosford 1st Australian Expeditionary Force on his return from the Dardanelles, 3/8/’15”

He departed again in November 1915. In 1916 the Cumberland Argus announced the death of one of Parramatta’s sporting favourites. However the news did not come to Mr. and Mrs. Hosford officially.They received advice from the military authorities their son had been reported wounded, not killed, but that the wound was not stated as being serious. Corporal Bob McKenzie, who was a great mate of Corporal Hosford sent a cable indicating that Frank had been killed. It was possible that McKenzie saw Frank being taken away by stretcher bearers and took it for granted that he was dead. News quickly followed from Mrs. Hosford that there was no truth that Frank was killed. This time he returned to Parramatta with a “badly injured left elbow and hand and a war scarred face. He was in hospital at Bristol for some months, and returned incapacitated.” He joined his brother Dick who had lost a leg and eye in the war.