George Caley and the Establishment of the first Botanical Garden, Parramatta 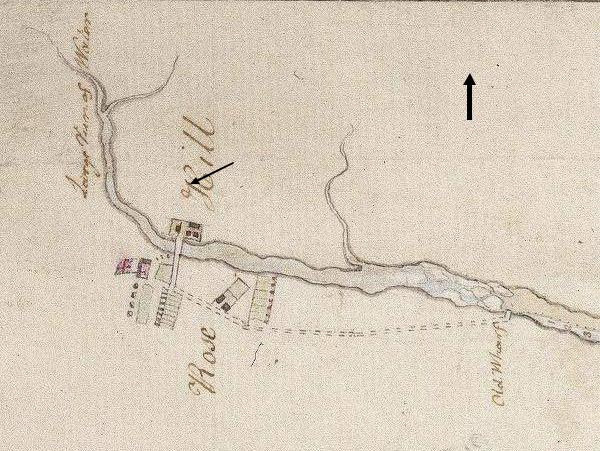 After arriving in Sydney on the ship Speedy,  Governor King assumed the position of governor-in-chief on 28 September 1800. While he only held this role for two years before being relieved on 16 October 1802 many of his activities affected Parramatta, and as a result, he found himself embroiled in local affairs there. One of these was the management of George Caley (1770-1829), who had been sent to the Colony by Joseph Banks as a botanic collector.

George Caley had became intensely interested in the study of botany whilst learning to be a ‘Vet’ and convinced Banks to employ him at Kew Gardens, and eventually to send him as a private collector for Kew gardens. Banks personally paid him a wage of 15 shillings weekly and persuaded the English government to transport, house and victual him free of charge.

In May 1800 King wrote to Sir Joseph advising him that he (on behalf of Hunter) had ‘fixed Caley at Parramatta … [where] I hope he will start in earnest’[1]. To that purpose he had marked out a ‘Botanical Garden under Colonel Paterson’s directions’ and the use of Government House Parramatta  was provided as a place to dry his specimens.[2]

There has been conjecture by historians as to the actual site of his ‘Botanic Garden’ at Parramatta and where Caley’s dwelling stood. King had advised Banks just after his arrival that Caley was   … removed to a small house … and we intend a botanical garden near it.[3]

Hunter in his dispatch in September notes that at Parramatta he had … Built a neat house in the government garden at Parramatta for the gardener.[4]  Caley himself in a letter to Banks commented that the house … was four months in putting up and £5 in England will do as much including the materials and the workmen’s labour.[5]

James Jervis noted that ’Caley obtained [a] lease in 1805  … on the northern side of the river [that] now forms The King’s School lands, and built a hut on it.[[6] As Caley took an acute interest in the water mill being built upstream, it is evident that he lived not far from it, adding credence to this theory. A recently published map has confirmed this location.[7]

Locating Caley’s ‘botanic garden’ has not been straightforward. Banks, as chief scientific director of Kew gardens, wished to add Parramatta to his growing network of scientific gardens around the world being located at St Helena, Calcutta, Jamaica, and St Vincent (West Indies). These were primarily for propagating indigenous species, samples of which were destined for the Royal Gardens at Kew.[8]

King advised Banks in his letter in May 1800 that he had .. marked out a botanic garden to be under Colonel Paterson’s direction. It is ready for receiving plants. In advising Banks in September that Caley had moved into his own house, he mentioned ‘we intend a botanical garden near it’. This implies a second garden that was probably the lease on the north side of the river already referred to.

Jervis raises the matter claiming that … the ground occupied as a garden by Caley lay near Government House.  He further claims that Governor Brisbane later offered the land that he leased to the Agricultural Society for a Horticultural Garden, Surveyor Hoddle having marked it out. [9]  When The King’s School decided to build in the 1830s, the Horticultural Society land was sold to the government for their use as the Society had gone into decline.[10] [It is likely that Caley occupied the Dodd’s residence on the old Government Farm, and that the gardens were laid out close to this and Charles Smith’s farm slightly further north. Cited in Casey and Lowe, Archaeological Assessment and Statement of Heritage Impact, Cumberland Precinct and Sports and Leisure Precinct, 2014, p.31]

Caley spent almost ten years in the colony, based at Parramatta, collecting specimens of flora and fauna, recording his findings and shipping details and samples back to Banks. Even though he was not a trained ornithologist, because of his powers of observation, his natural curiosity and with the friendship and help of local Aboriginals, he made a valuable contribution to this field also.[11] In his quest for new plants he explored the outer fringes of the known settlement and included an attempt to cross the Blue Mountains in the vicinity of the Grose River.[12]  He showed not only his diligence but his capacity as a systematic collector, particularly as the first botanist to seriously study the Eucalypt family.

French naturalist, Francois Peron spoke of his work, ‘as indefatigable, enlightened and modest’. Caley’s name was honoured by botanist Robert Brown in a genus of native plants, the Caleana or Duck Orchids whilst a number of other species of plant life bear his name. [13]

It is clear from his correspondence that King’s relationship with Caley became more strained during his stay in the colony. Even the patient and forgiving Banks, in his long dealings with him, once wrote to King, Had he been born a gentleman he would have been shot long ago in a duel. However, Banks recognised his abilities and his value and it is only in recent years that we have come to acknowledge the vast and accurate scientific knowledge that Caley amassed. For all their differences, King and Caley seemed to have an underlying respect for each other.[14]