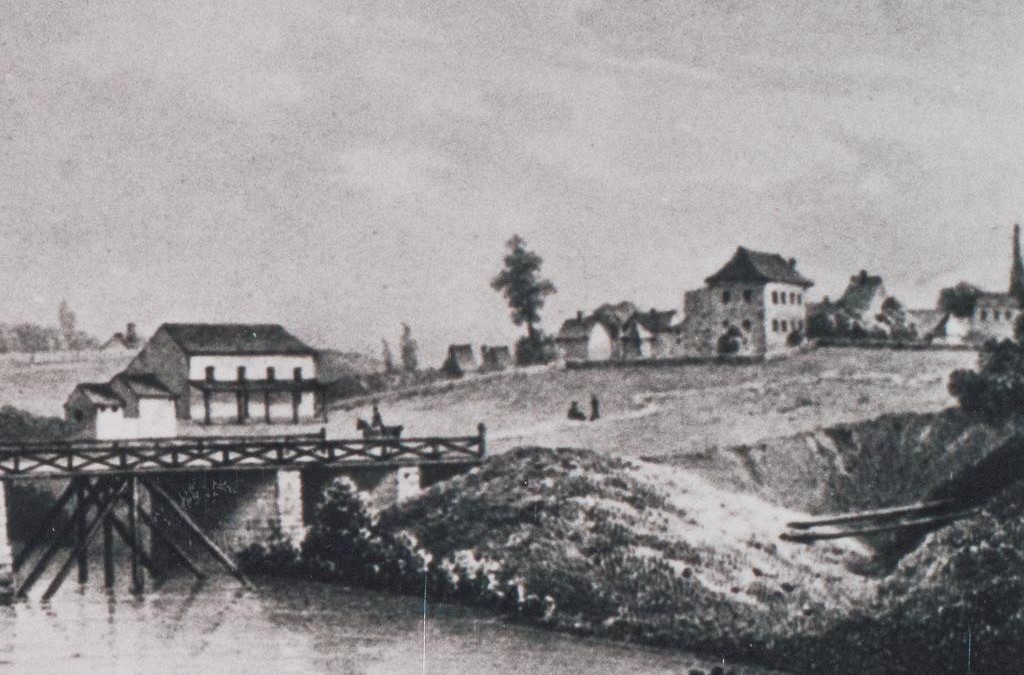 In September 1796 Governor Hunter directed the building of a  wooden gaol on the northern riverbank of the new settlement at Parramatta. This 100 foot (30.5 Metre) gaol was on built on the site of today’s Prince Alfred Square contained 22 cells and was completed in 1797. Built of logs it was always going to be a temporary building but this first effort at incarcerating criminals was very short lived. On Christmas Eve 1797 it was set fire to and destroyed, killing one inmate in the process.

In August 1802, King ordered the construction of a new gaol on the site of the previous one with King advising Hobart that costs would be ‘defrayed by assessments on spirits and strong drinks without any expense to the crown’[1]

The new sandstone building was erected under the direction of the Rev. Marsden who, as magistrate, had been appointed superintendent of buildings in Parramatta instead of Richard Atkins. Marsden really knew little about building. His builders also knew little about stone masonry as the stone cut and laid was set  ‘edge bedded’ or ‘off its bed’ and was soon weathering and fretting.[2]  James Kerr has written ‘that as the stone was for a gaol, the convict artisans conspired with mutual glee to shorten its life, banking on Marsden’s ignorance’.[3]

A noted convict artisan employed on the gaol was Samuel Terry, an energetic convict frugal enough to buy his own house in the town. He was a shrewd property dealer and financier and became so wealthy that years later he was known as the ‘Botany Bay Rothschild’. The convicts derived great delight and satisfaction in having duped ‘parson Marsden’ and the government. At a cost of £1500, the building was completed in 1804. The clearest view of the gaol appears in Lycett’s South View of Parramatta on the far right near the new bridge across the river.[4]

The masonry was so poorly laid that by 1803 some 20 feet of the surrounding wall had fallen down. Macquarie had architect Francis Greenway report on the building in 1815. Always unrestrained, Greenway remarked ‘that he believed the reverend gentleman himself had been the builder’ “of these horrible black holes” ’.[5]

This necessitated the ludicrous situation of the deployment of an army detachment to guard the gaol to ensure that prisoners did not escape. In 1835 it was decided to build a new gaol.