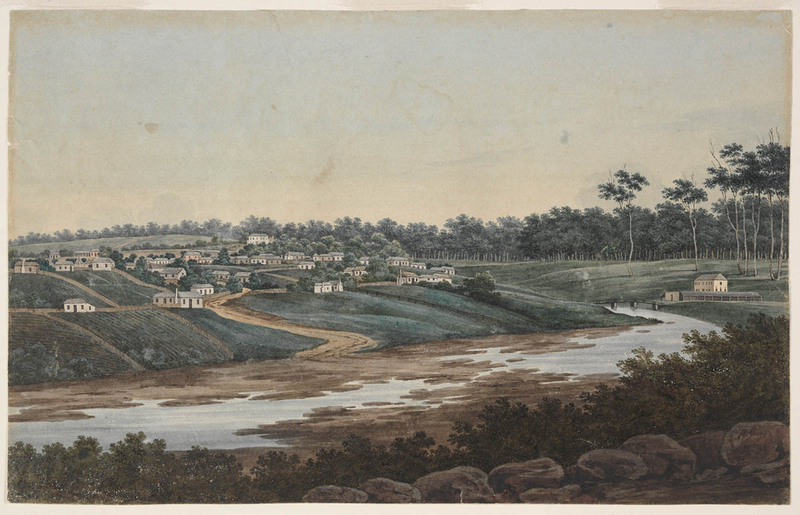 1800-1804 – Government Mill near the site of the Roman Catholic Orphan School completed.

1817 – January: Macquarie places the construction of a new Female Factory building on the list of essential public buildings

1817 – March: Greenway given orders to do ground plans and elevations for the original female factory building

1817 – December: Major Druitt called for tenders based on Greenway’s plans and specifications

1820 –  Government Mill near the site of the Roman Catholic Orphan School demolished.

1828 – a pump and internal water system is installed at the Female Factory removing the need for women to go outside to get water. The height of the perimeter wall is also increased

1841 – Assignment of convict women ceased to the female factory ceased

1848 – Female Factory proclaimed a Lunatic Asylum. The administrative positions of the ‘female factory’ including those of matron had been abolished

1852 – The first Surgeon Superintendent, Patrick Hill appointed to the Asylum. But is replaced in March the same year by Dr Richard Greenup

1855– The asylum acquired twenty-three acres from the Government Domain

1856 – November: 16 ft high wall separating the refractory women from the gardens falls down

1860 – Male shelter sheds’ are built and are used as a main dining areas and shelter. The larger of the two is known as the ‘Cricket Shelter Shed’ and is altered in 1933

1863 – A Female shelter shed is built used a mess hall

1870-1880s – separate male and female timber wards were constructed at the start of a building program to make buildings more appropriate for an asylum. These were changed to bricks in the 1930’s

1876 – Starting in 1876 the older buildings in the Female Factory were replaced with brick and stone buildings. The first being Wards 2 and 3 Male Asylum These had dining, dormitories and single rooms

1878 – A name change to Parramatta Hospital for the Insane

1880’s – A cottage is built for the Assistant Medical Officers and is later used as Matron accommodation. Is named Pine Cottage

1885 – Dining Block behind the Psychiatry Building was completed

1886-87 – a recreation hall and chapel is built as it is believed that they would benefit the patients. The building was not entirely completed until 1892

1887 – Roman Catholic Orphan School site occupied as Girls Industrial School (1887 – 1912) by Department of Public Instructions. It accommodated 160 to 200 girls at a time

Late 1890’s to Early 1900’s – there was a variety of building words completed on the site, including ‘Frangipani’ gardener’s cottage, nurses quarters, additions to the Wards and repairs to the Medical Officers quarters

1893 – The Asylum at Parramatta begins to train mental nurses

1900 – New Nurses Quarters, a two story building that consisted of sitting rooms, kitchen, bedrooms, bathrooms and verandahs. Added to in 1931 and becomes known as Jacaranda House

1910 – A new visiting and office block completed with the demolition of the old Female Factory entrance gates. This included a library and offices for various medical and administrative staff

1910 – A new Admission Block was also completed this year, with three dormitories’ and three day rooms as well as a staff dining room and kitchen. This was done by the Government Architects Office under the direction of WL Vernon

1910 – Wattle cottage built as what might have been waitress accommodation

1911 – The patients start a program of rehabilitation through gardening. At this time there was also a kangaroo park for the patient’s amusement. During WW1 these gardens provided the patients with vegetable

1916 – The Hospital became known as The Mental Hospital, Parramatta

1920’s – Workshops are constructed for the electricians, carpenters, and plumbers who worked onsite

1939 – A new Dining Room was built for the Female Hospital

1950’s – A Sport Pavilion is built in the precinct

1956 – A canteen later known as Harriett Ward is built. It was built with bricks from the Sydney Exhibition Building (1882), donated by the Royal Australian Historical Society

1960 – The Ward built for the criminally insane is closed with the patients then moved to Morisset Hospital. This Ward building starts to be demolished

1962 – The Mental Hospital is named the Parramatta Psychiatric Centre

1966 – A swimming pool which started construction in 1964 is opened

1971 – Weather board Wards are demolished

1975 – Parramatta Girls Home renamed Kamballa (1975 – 1983). Kamballa was established in 1975 by Department of Youth and Community Services. It was a training school for girls having emotional or behavioural problems between the ages of 15 to 18. Taldree Children’s Shelter was also housed in the same building from 1974 to 1980

1983 – Kamballa was closed in March 1983. Its functions and residents were transferred to Minda Remand Centre

1983 – The complex was named the Cumberland Hospital

1989 – Cumberland Hospital is part of a $21.1 million redevelopment programme

1993 – A new Chapel is built in Wistaria Gardens

2017 – On November 14, the Female Factory gained National Heritage status, in recognition of the precinct’s ‘outstanding heritage value to the nation’. The Parramatta Female Factory Friends made this successful submission.

2018 – A Bicentennial event of the foundation of the Female Factory was held, with a commemorative wall established on the grounds.