This is a brief photographic tour of a walk we took along the banks of Western Sydney’s Duck River; one of the more significant rivers to feed into the Parramatta River at the head of Sydney Harbour. Originally managed by the Wangal and Wategora Aboriginal clans the river was discovered by Governor Phillip soon after Europeans landed in 1788.

Australia’s first commissioned bridge was built over the Duck River in 1797 in an effort to open up land transport along Parramatta Road. Over the next 100 years the development along this river corridor saw much of the original Cumberland Swamp Oak Riparian Forest, Cumberland Riverflat Forest and the Coastal Freshwater Reedland cleared for industry and agricultural use.

However the river still continues to thread its way across the urban and industrial landscape and is now home to a number of wonderful ecological communities. This includes the male Superb Fairy-wren, whose brilliant blue, white and black plumage can occasionally be seen flitting through the undergrowth. 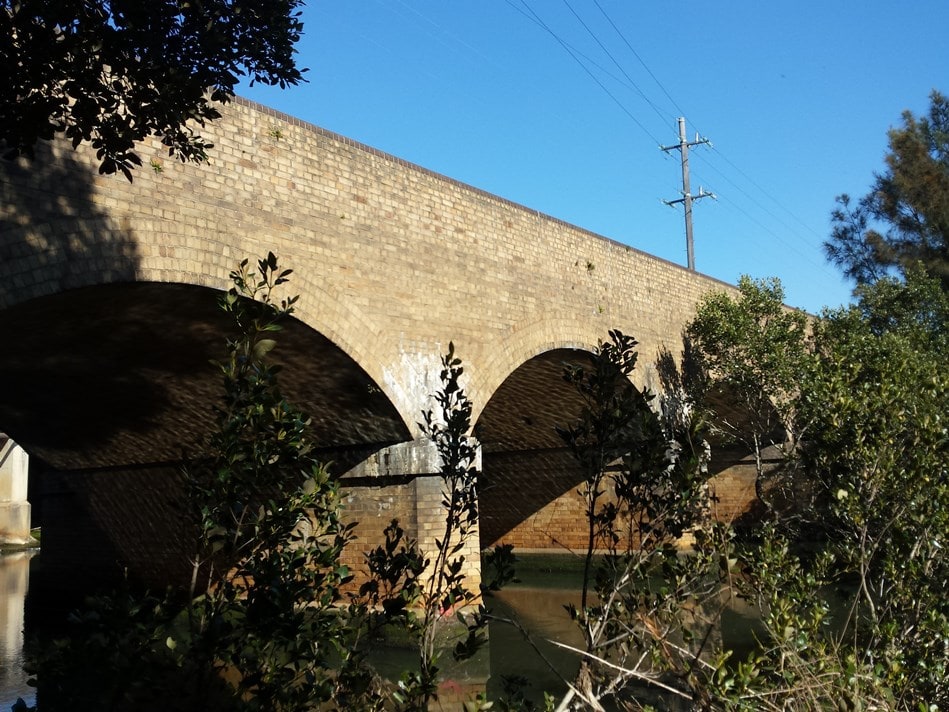 We started our journey getting out on the southern side of the train station at Clyde. This station was named after the Clyde Engineering Works which once occupied much of the land and was the main station for its workers, and the locomotives and carriages they built. Dotted around the periphery of the vast works were small wooden cottages especially built for Clyde workers. From here you can also see the two newer bridges close to the Clyde Station, although access it very limited. 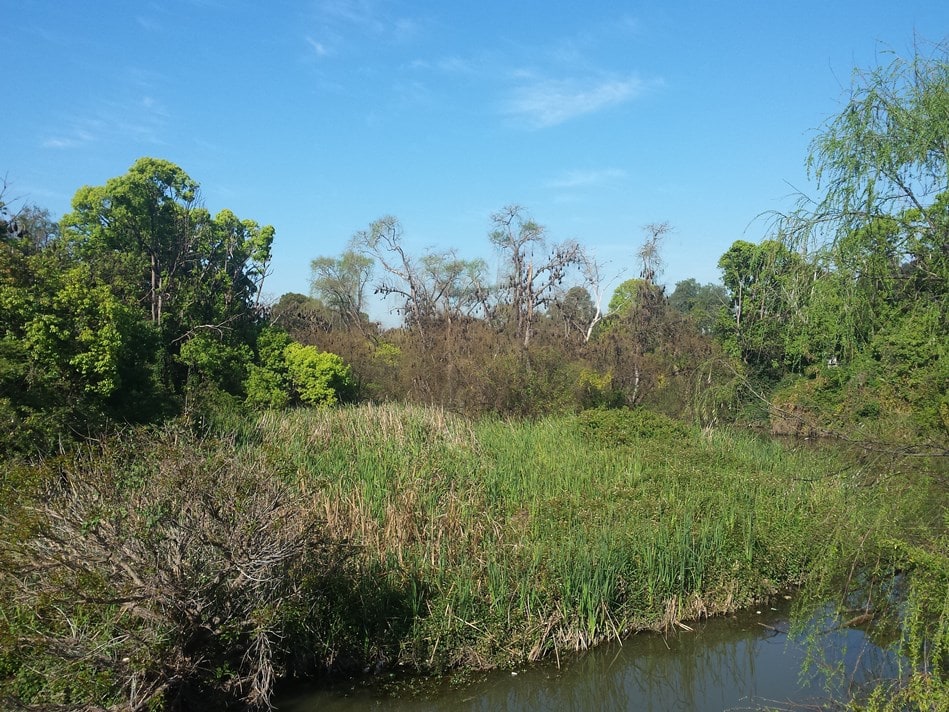 However from the footpath on the side of the southern side of the bridge you can see the Flying Fox colony clinging to the trees on the banks of the river. 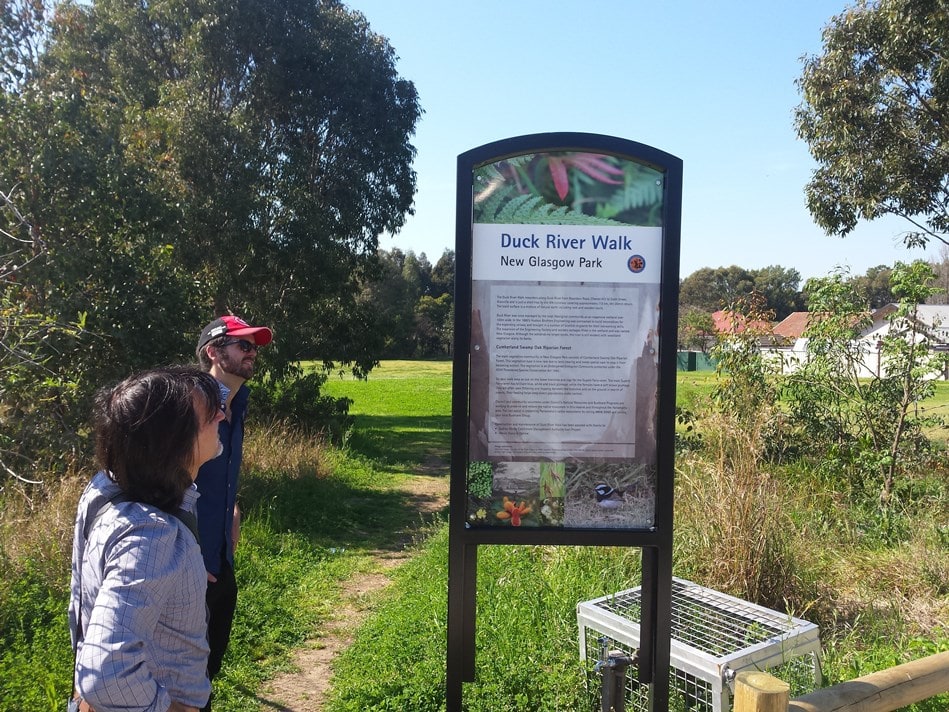 For the next stage of our walk we left Clyde Station and walked southwards along Factory Street until we came to the above sign directing us along the pathway at the beginning of  New Glasgow Park and the Duck River Reserve walk. 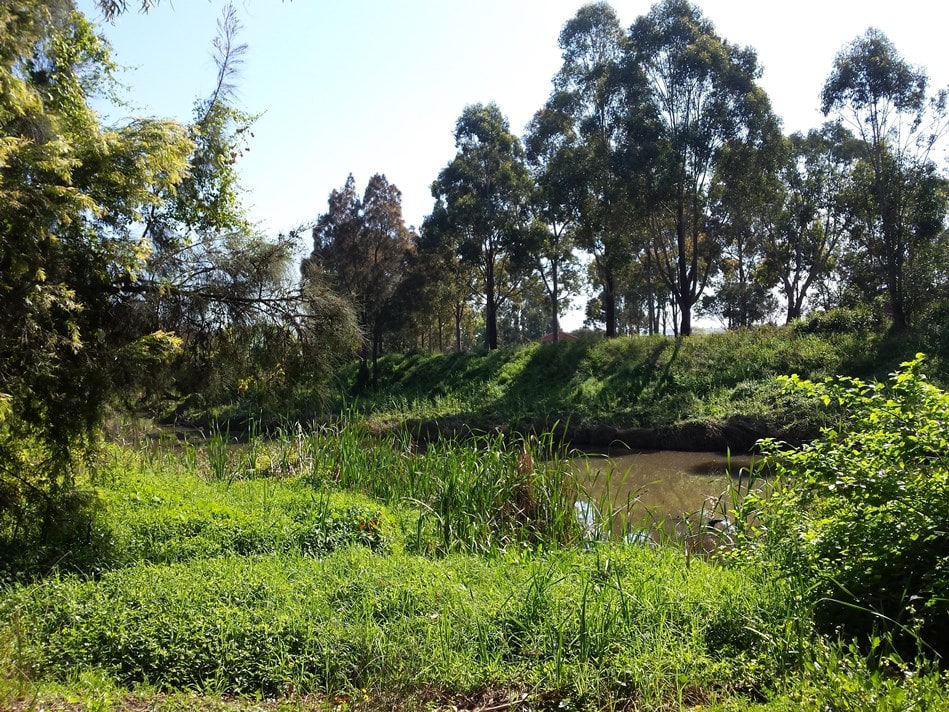 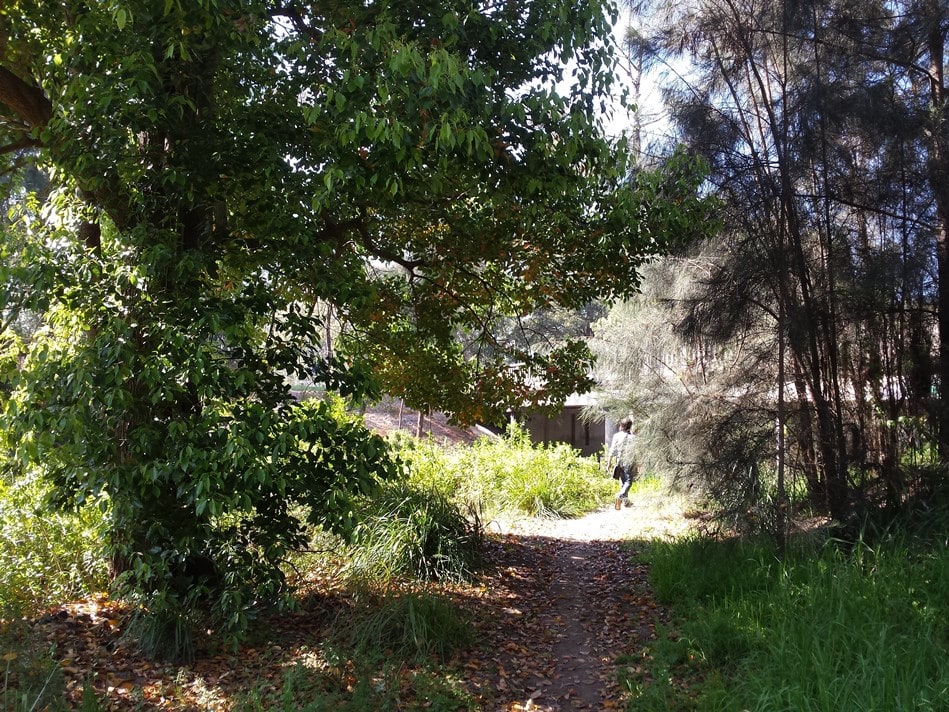 We followed this path along the riverbank and under Mona Road into Horlyck Reserve. Passing by the tennis courts we could see the lights of the old Oriole Baseball Stadium across the river. 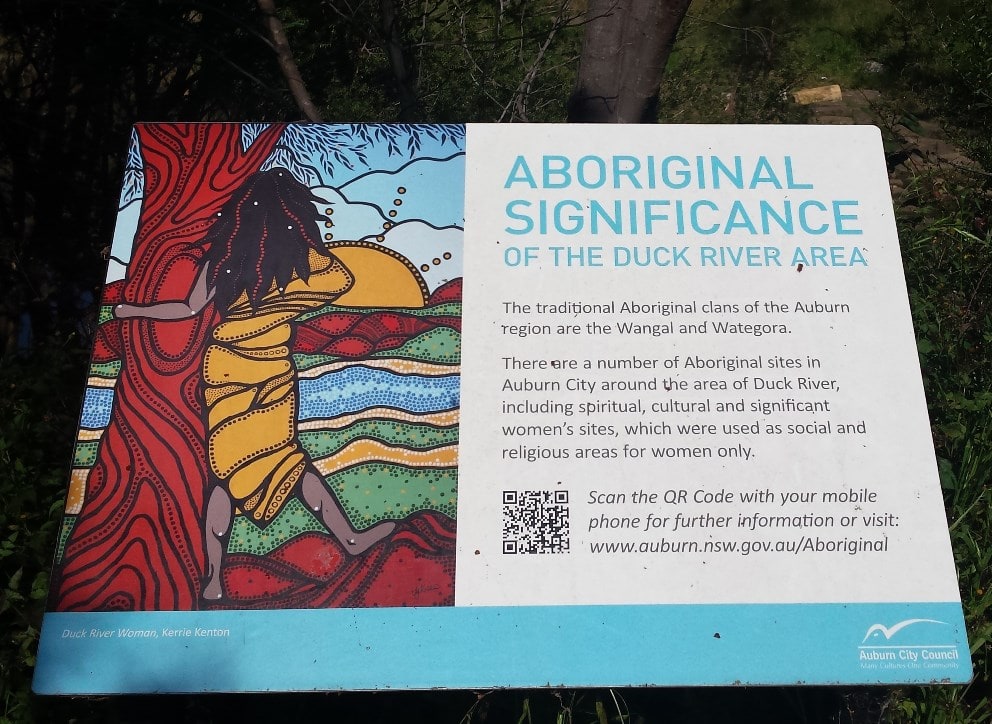 As we came around the corner we could see a series of stepping stones which enabled us to cross the river. And just further on from this a series of small islands in the river which provided a home for nesting birds. Across the river on the Auburn side there is also a sign with some information on the traditional owners of this land.

Moving southwards we could see the Auburn Botanical Gardens and Picnic Area on the other side of the river. And after passing along Brie Street, next to the Ray Marshall Reserve, we came to another major arterial road, Wellington Road.

Crossing Wellington Road on the western side of Duck River you enter the Wategora Reserve, which is an old remnant of the ironbark trees  once growing in this area. This woodland is quite substantial and clearly there have been significant efforts to look after this beautiful slice of Australian bush. If you are interested in helping the local bush care group is actively looking for volunteers and can be contacted on 9806 5050. 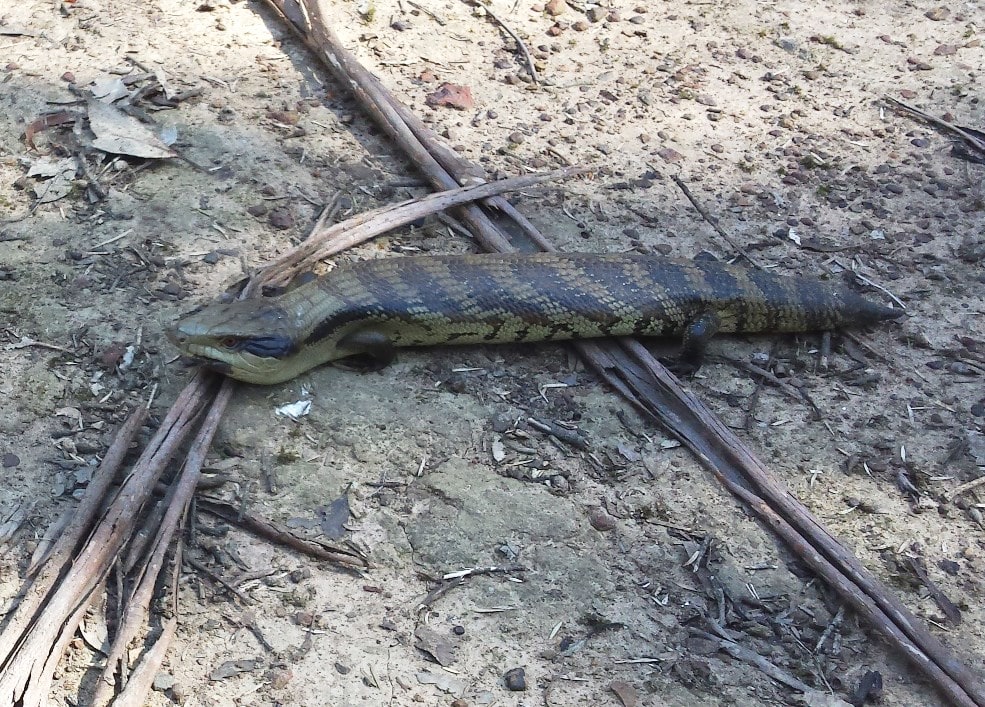 Just as we were about to return to Wellington Road we came across this beautiful ‘blue tongue’ lizard basking in the spring sun. Once back on Wellington Road we headed west and stopped off at the adjacent small business complex and had some Lebanese Pizza. To get home we turned right into Clyde Street, left onto Rawson Road and walked up to Blaxcell Street.

One the right is a bus-stop which will take you back to Granville Station or if you prefer all the way to Parramatta Station. The journey took a about three hours at a very leisurely cruising speed but you could make it longer or slightly shorter depending on your needs.