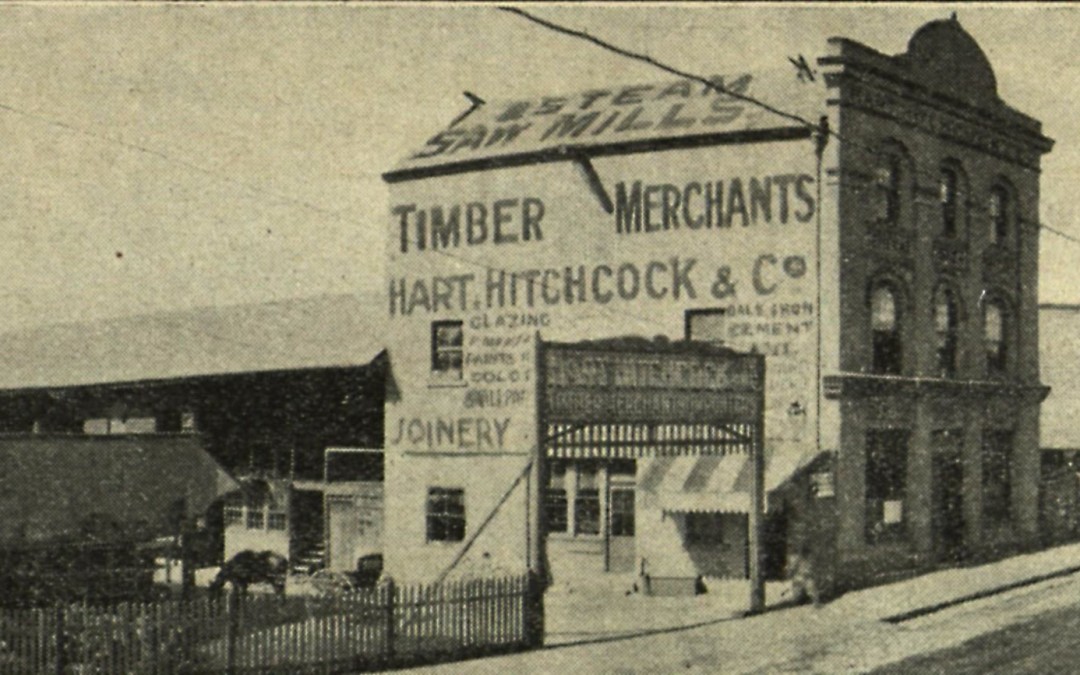 In the 1860s the centre of Parramatta moved from the river wharves to the railway in the south near to St John’s Cathedral. The arrival of passengers and goods by rail at the new Parramatta Station saw the the importance and value of businesses on the surrounding network of streets increase.

One of the more significant of these was Darcy Street which ran perpendicular to Church street along the north-side of the station. Darcy street was a relatively new street as it was not in the original Parramatta town plans but by the 1880s (the street appeared in rate books as early as 1874 and has been spelt three different ways D’arcy Darcey and Darcy) a street was made to follow the railway line to connect the station and the main thoroughfare of Church Street. By 1879 there were 7 brick homes and a workshop on the street. The workshop and one home was owned by William Hart. William Fullager owned the remaining 6 houses at that time. (Source 1879 Rate Book Anderson Ward PRS008/025)

We should not image visitors were welcomed to Parramatta by the wide sweeping road that is there today. In fact Darcy Street was, in the early 1900s, only 40 feet wide and likened to a dog’s hind-leg. As a result many years were spent in lobbying for improvements and widening of the street. A process made all the more difficult as Council tried to accommodate the interests of the local businesses along the street and the hesitancy of the New South Wales railways in granting the adjacent land to the project.[1]

One of the more persistent problems was McIlrath’s Grocery Store, on the corner of Church and Darcy Streets. This business had a wall which had encroached around two feet into public land and also created a bottleneck at the entry at Church Street.[2] Council meetings from the 1920s make it clear there was a will to move the obstruction but not so great a will to compensate McIlrath’s for the large sums they claimed would be lost as a result.[3] 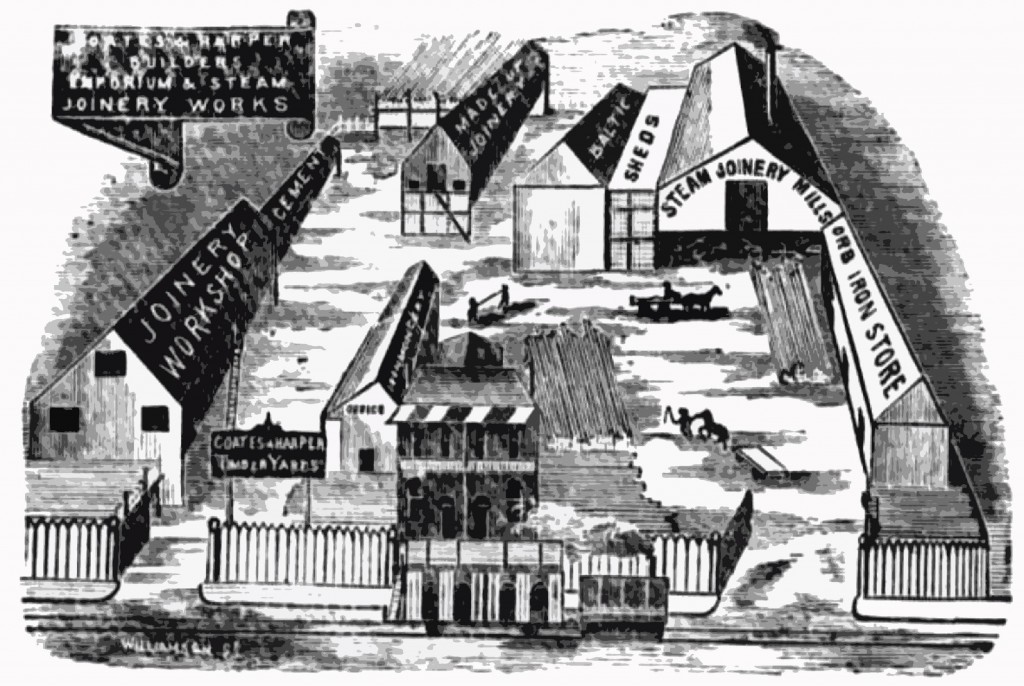 The other major companies which had historically conducted their timber and galvanised iron businesses on Darcy Street were L. Harper and Co, and Hart Hitchcock and Co. Both businesses had voluntarily offered to hand over 15 feet of frontage for the street widening project.[6]

In late 1923 Council gave up its attempts to widen Darcy Street citing the resumption of the premises of McIlrath and Company as the primary obstacle.[4] Unfortunately a number of other property owners on Darcy Street had been developing plans in the hope the project would get off the ground and these were now no longer possible.[5]

Remarkably the issue was back on the table in 1925 after the Parramatta Council sealed a deal to resume the McIlrath site after arranging for McIrath’s to move to the old premises of Saunders and Young.[7]

By the beginning of 1926 these arrangements seem to have borne fruit and as a new arcade connecting Church and Darcy streets was opened on 19 March 1926. The Cumberland Argus gave the following description of this new addition to Parramatta;

The building, which has been erected by Mr. George Ralph; connects Church-st. and Darcy-st., and is certain to give a big impetus. to business In that quarter. The shops, totalling seventeen, are both ornamental and commodious. Upon the Church-street frontage are three very large upstairs rooms suitable for any purpose. Already the arcade is fully tenanted, and a condition has been laid down that no two businesses of similar class are to compete against each other. A reference to our advertising columns will give an indication of the diversified nature of the business conducted there. That the arcade is destined to be a popular promenade was demonstrated last Friday evening when it was almost an impossibility to walk through; owing to the great crowds which had been attracted.[8]

By June the Council was discussing the demolition of the house on the corner of Darcy and Taylor street which they had purchased from Mrs. Murray. By December more new shops had been erected along the street front  and some of those owned by Mrs. G H Mobbs appear to have been only just complete as this was when she sent a letter to the Council to complain about the street works undertaken by Council.[9] Mr Bert Tweedie’s Tourism Bureau on Darcy Street also made the news in 1927 as Council decided to force him out of the building they had constructed on the site of the shops previously owned Mr A. Little. Although only a year old they were now concerned about him not being able fulfil his side of the contract.[10]

In late January or early February, 1927, the Governor approved a Council loan of £30,000 for the purchase of land around Darcy Street and the metalling of roads around Parramatta.[11] In March the Local Parramatta Land board set the value of the Hart, Hitchcock Co’s property at £2161 for the purchase of the property by the Parramatta Council to enable it to widen the street.[12]

As we can see from the image at the top of this post Hart and Hitchcock occupied not only a large part of the street frontage but also the land to the north which later formed Civic Place and later Parramatta Square. The site of the old Council Chambers and the old Parramatta library were probably once part of this area.

By 1953, after over half a decade of discussions the project was finally complete and a new set of shops were erected opposite the entrance to the station entrance.[15]