Revitalisation of the Market Space in Parramatta Square 1880-1930 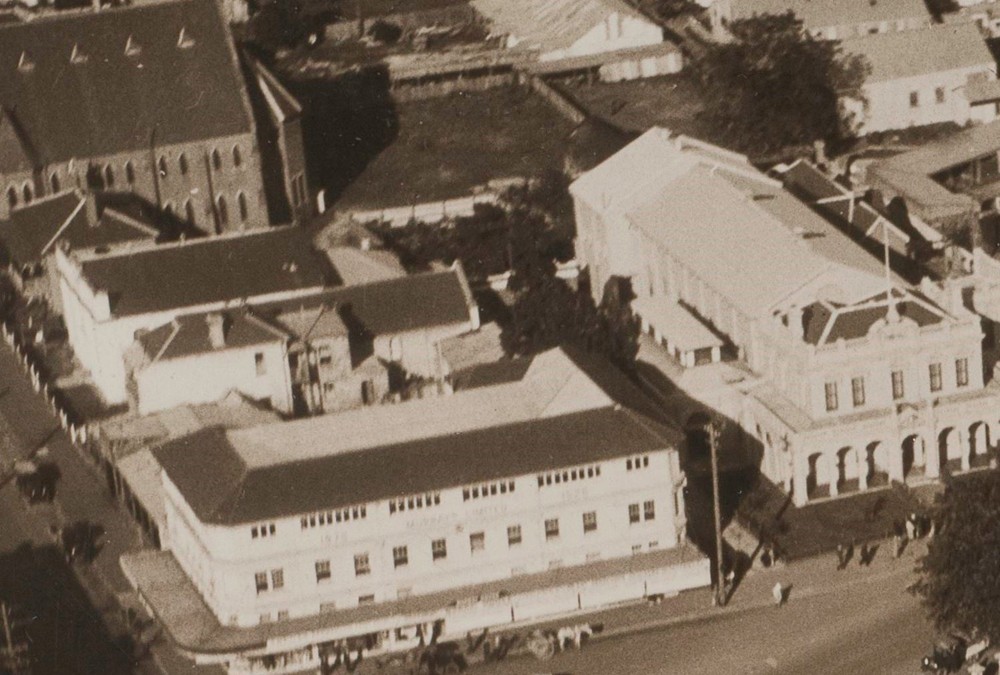 The opening of the new town hall in 1883 led to the central part of the old pound and market area falling into a period of disuse. The lumber yards were still in operation, although no longer needed as chambers for the District Council, and by 1894 these were owned by Coates and Harper. During the economic downturn in the late 1890s ownership then passed to L. harper and Co. and they erected a sawmill on the site.

But the old pound and surrounding paddocks appears to have fallen into disuse and the old drains running under the site were blamed for illness and fevers due to the noxious odours that rose from them, particularly during the hot summer months.

In an 1891 interview with Mayor Beames the drain at the rear of the Town Hall was described as passing:

through the Wesleyan Church property and Dr. Johnson’s, and under Macquarie Street to the river. The Mayor was also keen to point out that an outbreak of fever ascribed to the effects of the drain some two or three years previously were not necessarily the case. He also pointed out that the drain actually passed closer to the residence of the Council Clerk, Mr. Wickham and Dr. Johnsons’ than the parsonage and neither of these family’s blamed the drain for illness.[1]

In the end it appears that it was the building of the Leigh Memorial Methodist Church in front of the grounds which prompted a brief revival of the market. This church was linked to the strong Wesleyan Church presence on Macquarie street which included an early church built in the 1820s and ‘Macquarie Hall’ which all occupied continuous frontage on Macquarie Street. But these new church events had more in common with the traditional ‘fete’ and the fairs and informal markets which first appeared on the site then the formal Parramatta Market.

However the cost of the Leigh Memorial Church forced the parishioners to look to for new fund-raising opportunities. Initially the fund-raiser was held in Macquarie Hall which, in  1896, was transformed by a bevy of volunteers for a four day event titled “Our Market Days“:

the front gallery was adorned with boughs and greenery, in the centre being an emblem wrought in palms and national flags. Across the hall streamed attractive bunting … immediately within, between the doors was a flower stall at the head of whom was Mrs. Barry … lilies set in greenery adorned the walls and hanging baskets and pot-plants and other ‘attractiveness’ was visible everywhere … the chief attraction, however, was not visible till nightfall. Then did the electric light shine out from the inner alcoves or flower clusters. And then did the real steamboats ply on miniature lakes fed by waterfalls casting themselves over mini cliffs; while real if miniature engines worked and panted only a few inches away from other ‘mechanical effects’ had a place.[2]

The Council however fully supported the initiative and by 1904, the Lady Mayoress opened the September festivities which would last from 3.00 pm Wednesday through to 10.00 pm on Saturday night. The event now included stalls and stands in the Crown land behind the churches. The list of produce on offer included:

a dozen eggs, a tin of beef, a pound of butter … then there are things for the home like axes and clothes to suit figures of all sizes … and if you don’t want to buy and only go for the amusement, look at all the side-shows, the high class concerts, and the other great ‘three-penny shovelers’.[3]

The plague outbreak in Sydney in 1900 renewed interest in improving sanitary conditions in Parramatta. In April 1900 the Inspector of Nuisances tabled a report which highlighted continuing problems in the district and Alderman Toohey took the opportunity to, … call attention to a nuisance on the market lands, where a tip was being made.[4] The land was clearly seen by some as a dumping ground for waste and the council periodically cleaned this up and had it shipped out of town. 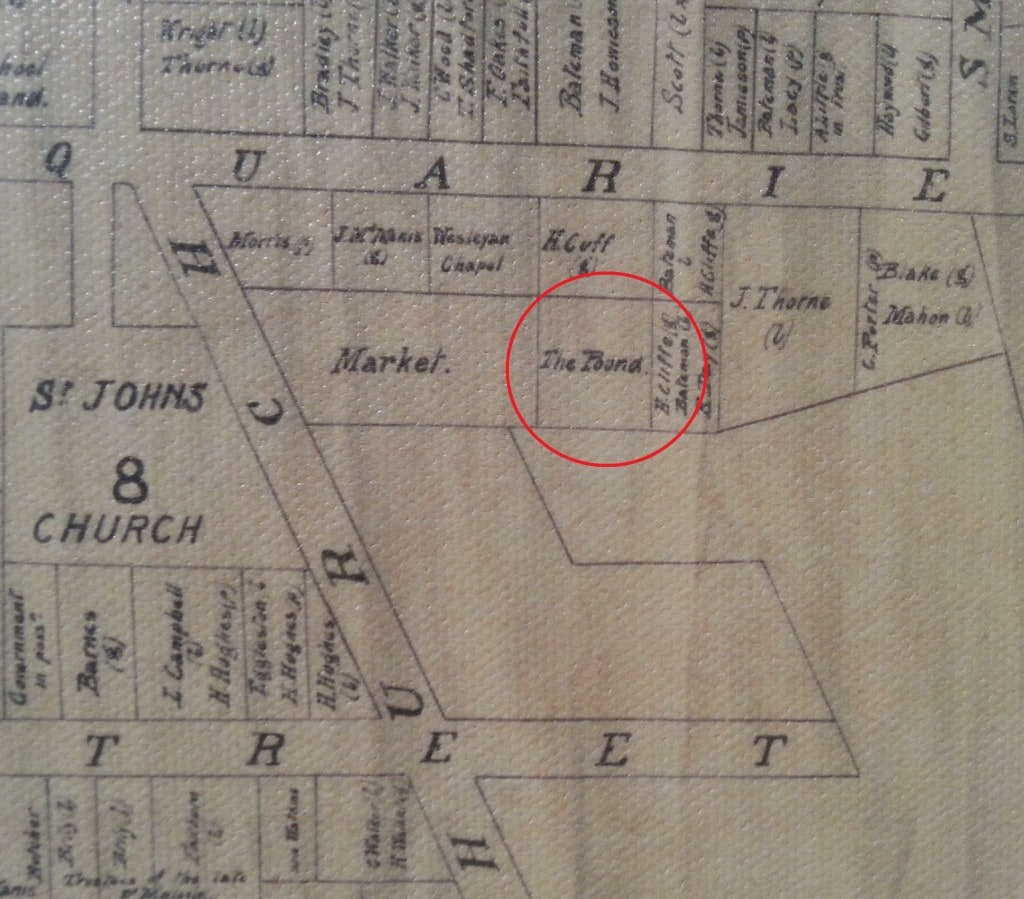 But the Crown land behind the Town Hall continued to remain largely undeveloped, and making the best use of the land around the site of the old pound, and the ongoing drainage problems, were still being discussed in June 1936. This was when a petition was put forward by the Methodist Church to build a tennis court on vacant land at the rear of the building. However according to the Minister Rev J. Somerville:

a drain over which the proposed court would pass was in a very bad state of repair. At the present time it is unsafe to jump on parts of the drain as there is a great danger of the whole section falling in.[5]

A major modification to the site was started in 1949, when Council realised the current premises in the Town Hall would no longer be adequate to house the growing staff. As a result plans were developed for a new Council Chambers to be erected on the site of the old pound behind the Town Hall.

This opened in 1958 and was soon followed by the Council library, the opening of an internal loop road and a complete re-branding of the area as ‘Civic Place’. In 2013 another phase of development began as the old buildings were removed and a new town centre, ‘Parramatta Square’, was erected in its stead.