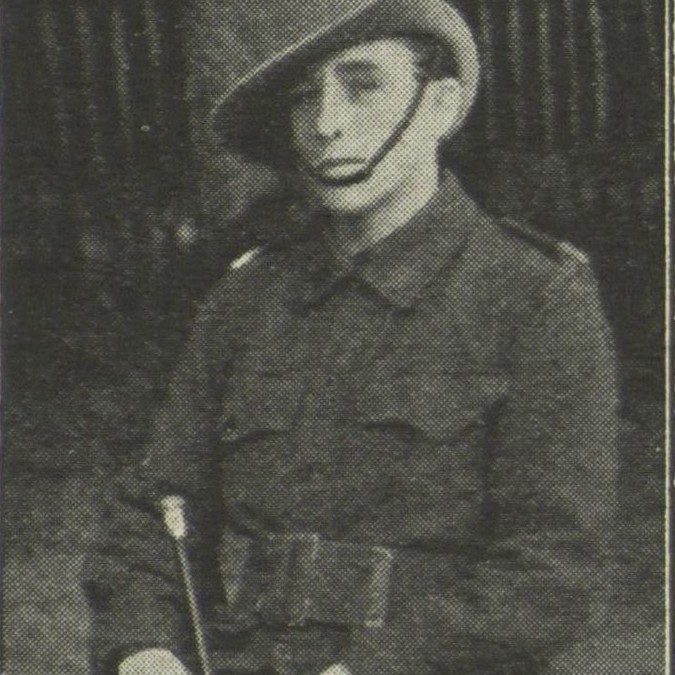 Private David ‘Dave’ Hamilton was the son of Alexander Hugh and Laura Marcell Hamilton (nee McDonald), Lumley Street, Granville. At the age of 19 years and 8 months, this local clerk who was working in the Granville office of Messrs. Brunton and Co. Clyde flour mill, enlisted on 6 September 1915 at Warwick Farm, just a few months after his brother Alex (service number 236). He had previously served with the 20 Infantry Battalion Militia. He and fellow “Brunton’s boy” Jack Connors were presented a wrist watch and given a send-off by the “Jolly Millers” at the Granville School of Arts on Saturday 25 October 1915. [1]

On 13 May 1916, he embarked from Sydney aboard HMAT Beltana A72 with the 9 Infantry Brigade, 36 Infantry Battalion, “C” Company and arrived in Plymouth, England on 9 July 1916. After 4 months training, his Unit crossed the English Channel and were in France by 22 November 1916 where they were then moved into the trenches of the Western Front, just in time for the onset of the terrible winter of 1916-17. On 22 January 1917, he was wounded in action and subsequently suffered from “shell shock”. Towards the end of the war, he was taken on strength and transferred to the 33 Battalion on 30 April 1918, which “played a role in the Allies’ own offensive” in the battle of Amien[5]. By 11 May 1919 the 33 Battalion was disbanded and he returned to Australia on the Borda and discharged.