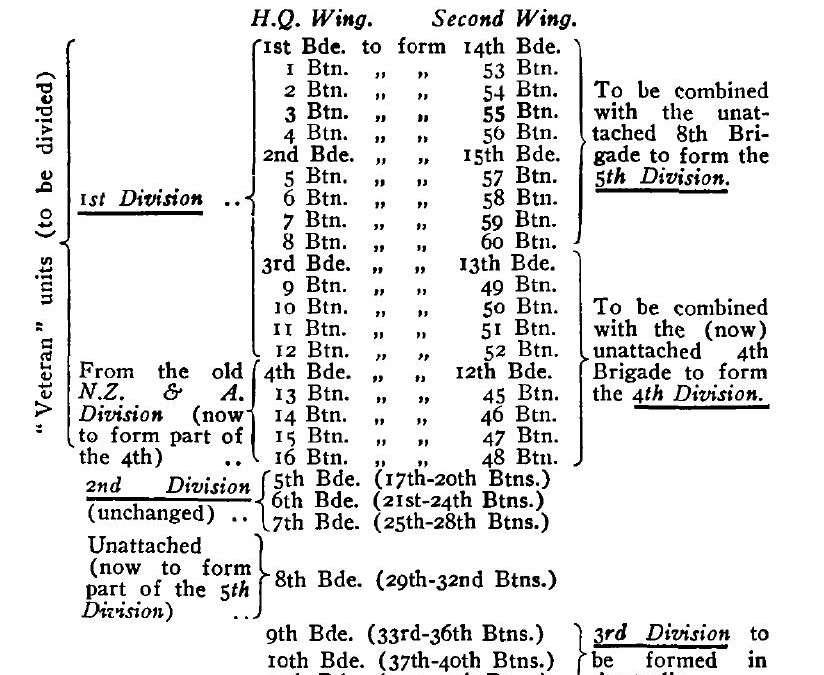 The withdrawal of the soldiers from Gallipoli in December 1915 heralded in the next phase of Australian operations in World War One.  In the last week of 1915 , the first portions of A.I.F. units, scattered after the Evacuation, began to reach Tel el Kebir, they found camped, on the desert beside the railway, the transport sections from which they had been parted since the beginning of the campaign, but which now, with horses and harness lavishly cared for by the drivers, were awaiting the return of their mates. But these troops were in some cases seriously worn out and required rest and rebuilding.

The troops from Anzac found in the camps around Cairo, large numbers of reinforcements fresh from the colonies. At the beginning of 1916 the Australian troops were arranged in the following fashion.

Over the next few months the raw recruits, and the ‘veterans’ of Gallipoli were reconstituted into new divisions and fighting units. This was all done in the early months of 1916 and once finished the forces were then split; one group destined for the Western Front and the other to the campaign in Palestine. Except for the troops in the hospitals and depots the Australian Imperial Force was to be found in six, eventually seven, fighting divisions, namely, the five infantry divisions for the Western Front, and the mounted division (or divisions) in Palestine.