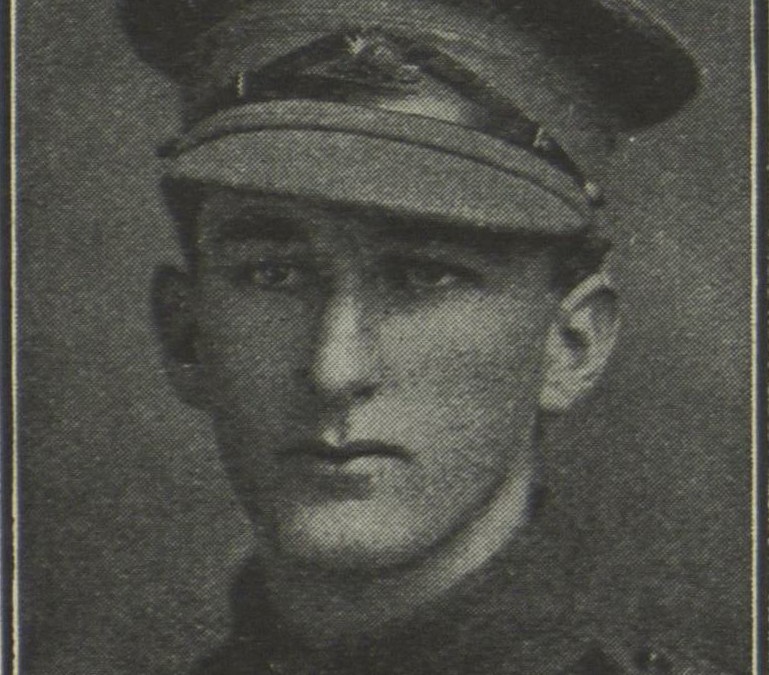 In 1915 George Henry James Stringfellow was a 19 year old bank clerkworking in Parramatta, but in October of that year he quit to become a private in the 55th Australian Infantry battalion. By July 1916 he was a corporal stationed in France and part of the right reinforcing company at Battle of Fromelles under Lieutenant Matthews. On 20 July, 1916, Corporal Stringfellow along with others were organised on the extreme flank by Captain Arblaster near the road when the Germans made a strong counter attack. According to Australia’s official war historian Charles Bean … the furious bombing in Arblaster’s sector caused by the first counter-attack had died down by 1 o’clock in the morning; but, as the denseness of the night began to grow faintly less towards the coming of the dawn, some of the troops on the extreme right observed the figures of men moving over the open past their flank towards the old German front line. The air was misty but the men were clearly seen and Stringfellow along with the others opened up on them.

Unfortunately the Germans managed to recapture the trench behind them and were firing on them from all sides. As a result the fighting, particularly the use of hand thrown bombs was particularly heavy in this sector, and of the men sent up to reinforce the position barely one in ten made it back.

One by one Captain Murray ordered his officers into the melee until only Captain Ranson was left. Lieutenant Pratt was shot through the heart, Lieutenant Mendelsohn was also killed and Lieutenant Folkard, another Parramatta recruit from Harris Park, was wounded. At one stage one of the Lewis gunners turned his gun to the rear and rested it on the shoulders of Corporal Stringfellow to fire on the Germans. This gunner was shot through the head but Captain Agassiz continued to fire and the Bavarian troops were suppressed for an hour or so. It was only after a herculean effort and the addition of member of the 56th battalion that the enemy was finally subdued along the old front line.

But as stressful as these engagements were for the soldiers, loved ones at home also suffered. In George’s case his enlistment record in the National Archives is stamped missing and this news must have been heartbreaking for his parents, with five sons enlisted in the war. Luckily this particular story has a happy ending for by December 1918 they knew four of their five sons were alive in France and George was found alive in a German prisoner of war camp. After 6 weeks in a hospital in Holland he was discharged to be returned home, arriving in England on his 23rd birthday. After being captured in 1916 George had spent some time in Dulman, Germany, where he was forced to dig turnips and potatoes from early in the morning till late at night.

One can only imagine the relief for Edith and her husband, but unfortunately fate had one last hurdle to place in their way. While returning to Australia on board the transport Ulysses, he caught pneumonia and was quarantined in Freemantle. Thankfully he recovered and finally returned home to Parramatta and his parents.