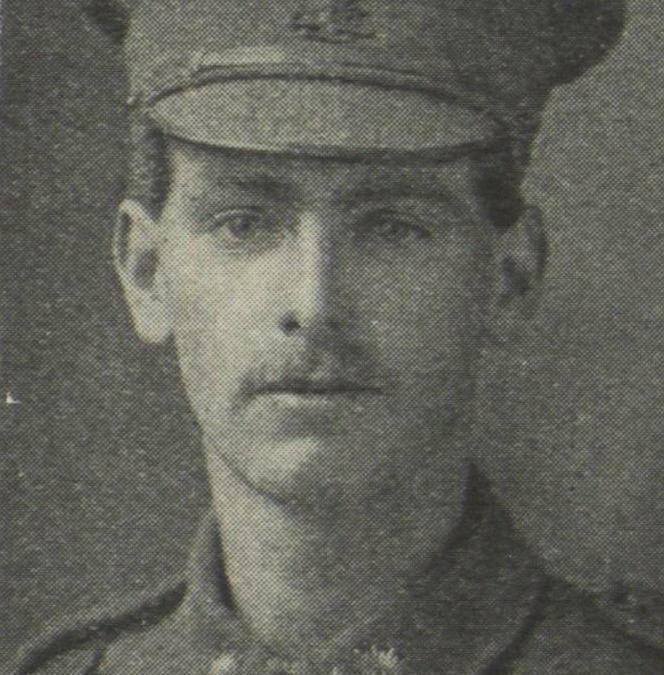 Lieutenant George Holmes was educated at Newington College and Fort Street High School. A draftsman, he was the son of Rector T. B. Holmes, Minister of the Parramatta Methodist Church. He was reported wounded in France in August 1916. His name appears on the Parramatta Town Hall Roll of Honour.