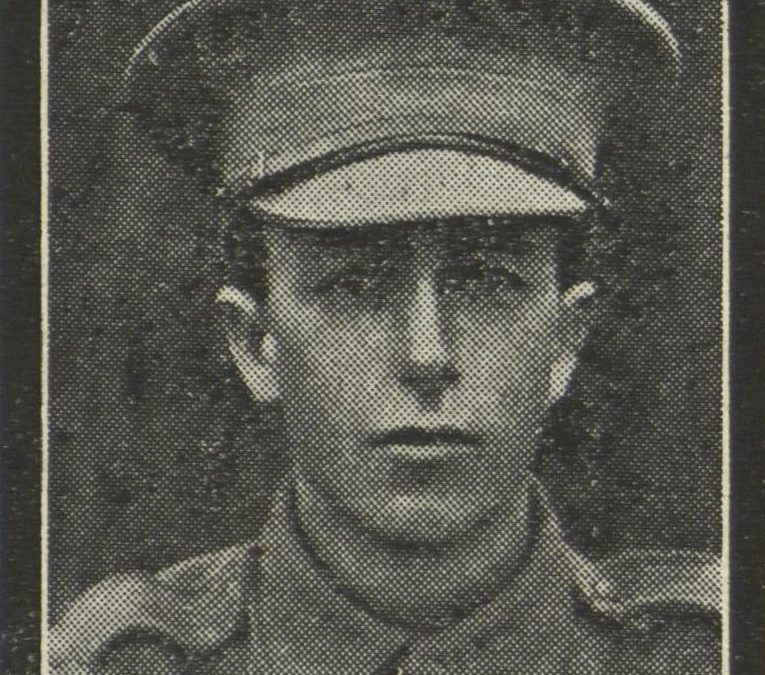 Victor was the eldest son of Mrs J. Brinkman of Guildford New South Wales (Myrtle Cottage, Albert Parade, and later ʺLe Royʺ Calliope Street). He was born in Cabramatta and was a Railway Porter when he joined the forces on 7 May 1915 at 22 years of age. He served with the 18th Battalion, Australian Imperial Forces in Gallipoli.

Victor died in service in August 1915, and his death was reported in the Cumberland Argus and Fruitgrowers Advocate (31 March 1917):

His death in action on August 27 1915, was communicated to his mother, after he had been reported missing ever since that date. Private Brinkman was a single man and enlisted on May 18, 1915, went into encampment three days later and sailed in the Kanowna (A.61) on June 19, 1915. He had only eight days in Egypt when he was sent direct to Gallipoli. His diary states that he left the base for the firing-line on August 22, 1915. After fighting for only five days he was reported missing, a cable to this effort reaching his mother on October 13, 1915. The Red Cross Society has been making numerous inquiries since for the anxious mother, and reported to her that her son had been seen lying wounded on the parapet of his trench on the night of August 27, 1915 by another Australian named Private Smee. The next news Mrs Brinkman got was the receipt of her son’s identification disc and diary, which reached her in August last, but the atmosphere was finally cleared, though not in the way the relatives would have wished, by a cable sent to Rev. F. Reed. of Guildford, on the 5th instant requesting him to inform Mrs Brinkman that her son was now as a result of the court of inquiry, reported killed in action on August 27, 1915. His brother, Private Roy Brinkman who left here when he was 17 years old with the Engineers is now fighting in France with the 5th Division of the Pioneers.