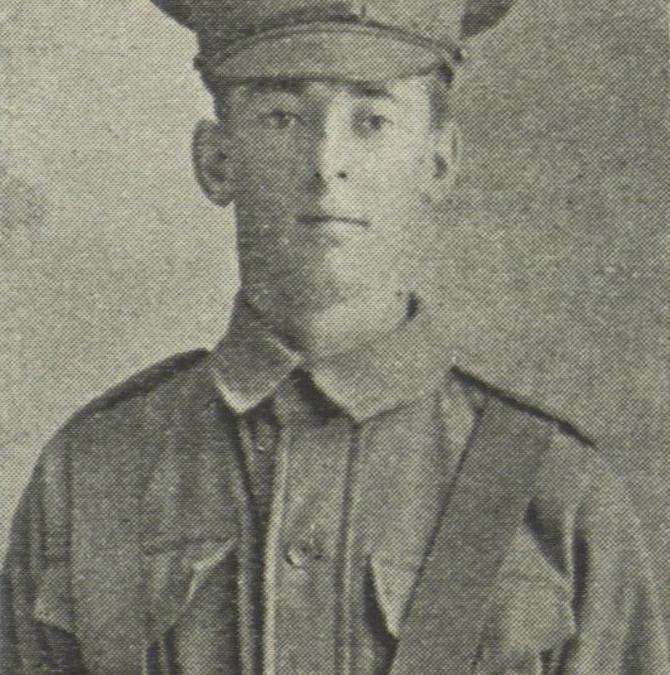 Cyril James Steer was born in Newtown Sydney to Mrs. and Mr. Robert Steer. On 2 of February 1915, at the age of 22, he enlisted to join the Australian armed forces. He was assigned to embark the HMAT Ceramic A40 from Sydney on the 25 June in the same year. While fighting with his comrades in the 1st Infantry Battalion he was wounded on the 7 August 1915. He was admitted to the 1st Australian General Hospital Heliopolis 3 days later with a bruised hand. His condition did not seem to improve and word was sent to his parents of his return. Guilford school planted a pine tree and had a ceremony in his honour, for which Mrs. Steer had sent sweets for all the school children. Due to his medical unfitness the army discharged Cyril James Steer on the 14th of September 1916.