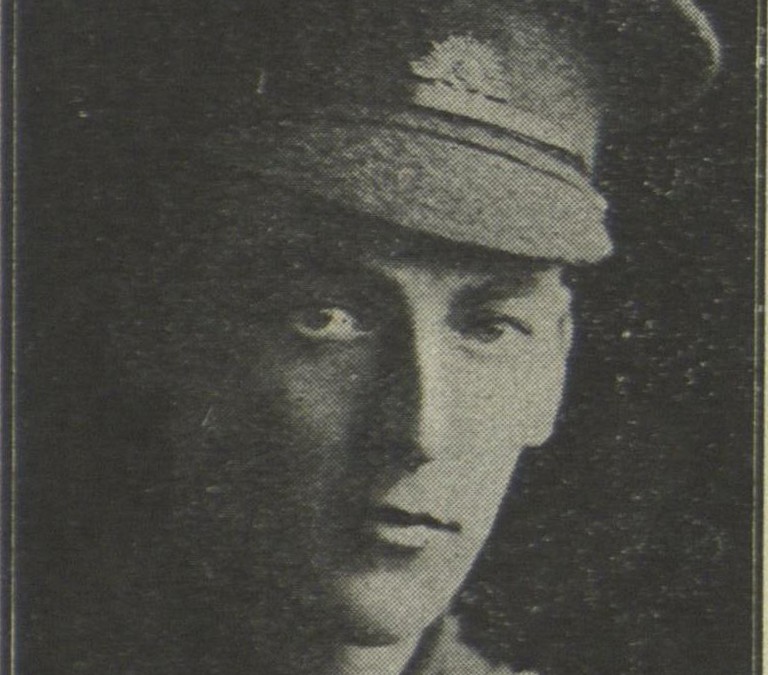 George was a 22 year-old bank officer who worked

at the Bank of New South Wales, Walcha when he enlisted 1 December, 1915. He was educated at King’s School Parramatta and his wife Maria Katrina’s address was changed in 1919 to Melrose Street, Homebush. He spent two years as a Sergeant in the Senior Cadets from 1909 to 1910 and was a gunner in the 40 Infantry Militia, Burwood.

On 17 April 1916 he was appointed 2 Lieutenant 4 Battalion, 17 reinforcements.While serving with the 55 Battalion in France he received a gunshot wound to his left hand and on 19 September 1916 he was in action at Fleubaix and was knocked out by a grenade at the same time as another soldier Mendelsson, whio was killed outright. Folkard was then taken prisoner by the Germans and held at Schneidemuhl Prison.

This action is recorded in the official history of the war by Charles Bean … the struggle on the right went on throughout the entire operation almost unabated. The fighting was fierce and bloody and Arblaster section were frequently heard screaming out for more men and grenades. Men responding to the calls disappeared into the smoke and dust to help their mates but for every ten barely one came back. One by one the officers were sent off to help until finally Murray was forced to send the last of them Captain Ranson. Lieutenant Pratt had been shot through the heart an hour or two before and the fire from their rear was intensifying. Lieutenant Mendelsohn was killed and Lieutenant Folkard and several others wounded and eventually taken prisoner.

The unit was cut off from all sides and the only option open to Arblaster was to turn and face the enemey that now occupied their old trenches to their rear and charge them to try and break through to their own forces.