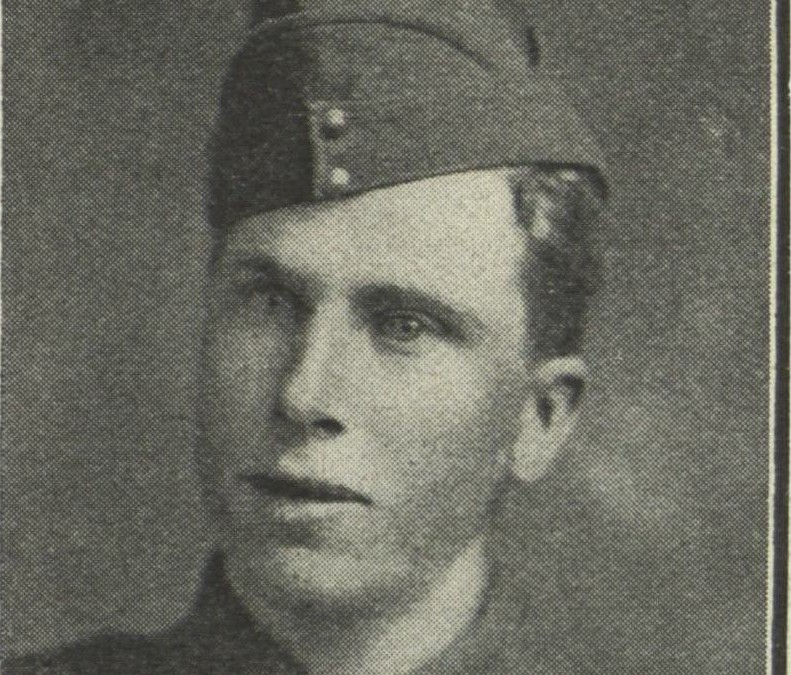 Fifth son of Mr. and Mrs. G. Veitch, of Barney street, Parramatta, and son-in-law of Mr. and Mrs. G. F. Hughes, of Marsden Street, Parramatta. He fought for six months in Egypt and was wounded twice in France. In a letter to his mother he wrote of “This Land of Hell” where he was wounded and how he desperately attempted to return back to his trenches, at one point lying in a bomb crater and in despair contemplating giving it all up. He described this as the worst experience he had ever had, “…We were nearly 300 yards further out when nearly every one of us got wounded. I was the first, so as soon as I got hit I started to try to find my way back to our trenches again, but this was the hardest thing I had to try to find in my life. It took me a good hour. I had to keep dodging in and out of shell holes 10ft deep and shells were falling all around me… I gave up in despair and laid in a shell hole to await morning, but was not there long before I said to myself “come on this is not the heart of a soldier you are showing.” So I hopped out of that hole and wandered all over the ground dodging shells everywhere, and at last I got back to our trenches…”