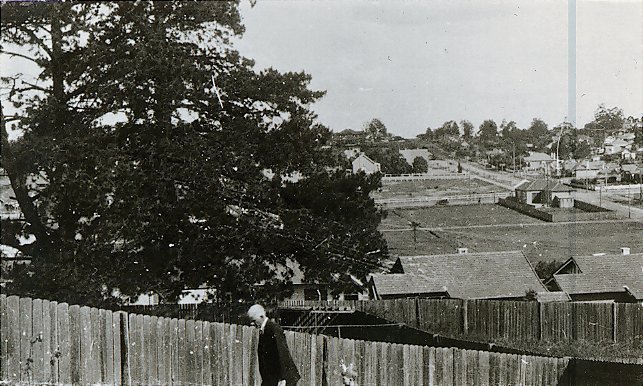 Eastwood became part of the local government area of City of Parramatta. The Wallumedegal Aboriginal people lived on the land bounded by the Lane Cove and Parramatta rivers. The people were part of the Dharug group and they called their country Wallumetta.

European occupation of the area commenced in 1792 when Governor Arthur Phillip granted land along the Parramatta River to eight marines with two of the grants being in the Ryde area. Phillip named the area ‘The Field of Mars’ and many other grants were subsequently made in the Ryde and Eastwood areas. The Lieutenant-Governor Francis Grose issued grants in 1794 to John Redman, Patrick Campbell, Thomas Bride and Zadoc Pettit which was later to become part of Gregory Blaxland’s estate, Brush Farm. Surgeon William Balmain also received 100 acres. Private John Love received a 90-acre (36.4-hectare) grant from the acting Governor, Lieutenant-Colonel William Paterson, in 1795 and the present shopping and station areas occupy some of this land.

Built by one of the European explorers of the Blue Mountains Gregory Blaxland, Brush Farm is one the most substantial houses surviving from the Macquarie period. For many years the Brush Farm Estate, through its elevated position midway between Sydney and Parramatta, operated as a signal station, known as “One Tree Signal Station”, to relay messages from vessels on the Parramatta River to the, then, township at Parramatta.

Brush Farm was consolidated from smaller early farms by William Cox and purchased by Gregory Blaxland in 1807. Blaxland was a successful farmer, and apart from growing crops and keeping farm animals, he is known for introducing buffalo grass for cattle fodder, cultivating grapes and making wine that won two medals from the Royal Society in England. History records him successfully crossing the Blue Mountains in 1813 in company with William Lawson and William Wentworth, and so opening the way for settlement at Bathurst and beyond. He built Brush Farm House c1820, which still stands in Lawson Street.

Eastwood House, situated on part of John Love’s grant of 90 acres 1840, was thought to be constructed by William Rutledge. A silk industry once flourished at Eastwood House. The property was sold, and purchased by Edward Terry, in 1863. His land extended from Terry Road to Rowe Street and from Shaftsbury Road to Blaxland Road (east). It was adjacent to Brush Farm lands in the west. Later, he purchased more land to the north. The house is now part of the Marist College precinct. Edward Terry was the first mayor of Ryde and later became a member of the New South Wales Parliament.

Denistone house, a fine two-storey stone building sited on a hill with extensive views to the Parramatta River from the rear of the house. The front elevation had views to the north-east. Its history goes back to a 1795 land grant and various owners who farmed there, until it was bought in 1872 by Richard Rouse Terry, brother of Edward Terry of Eastwood House, who erected the present building in 1874. The building now forms part of the Ryde Hospital complex.

In 1886 the railway was extended across the Parramatta River and on to Hornsby. Initially the station was known as Dundas but this was changed to Eastwood in 1887 after Eastwood House. Following the railways large blocks were subdivided into allotments of residential land spacious enough for a tennis court, garden or pony. Many Federation style homes still survive from this period. Eastwood Brickworks supplied much of the building materials for the post-war building boom.

Known the world over the Granny Smith Apple was first grown in the 1860s on the Eastwood property of Thomas and Mary Ann Smith. Mary Ann recognised the cooking and eating qualities of this new variety which was then developed for commercial sale by the Government Experimental Station, Bathurst.

Eastwood Progress Association was formed in the early years of the 20th century and successfully lobbied for the provision of land for Eastwood Park (3.2 ha) in 1918. Many churches and schools were built prior to World War One and a war memorial was constructed on the corner of Eastwood Park. Electricity was connected in 1923.

Rowe Street, named after Thomas Rowe who owned nearby land, became the focus for commercial activity due to the proximity to Eastwood Station. The Eastwood Centre opened in 1976 on Rowe Street, on the site of the Duke of York Picture Theatre and other buildings. In 1983 a pedestrian mall was constructed from The Avenue, along Rowe Street to West Parade.

The 1990s saw the arrival of many people from Asia, particularly Hong Kong, China, Korea and south-east Asia bringing with them a diversity of culture and ethnicity. Eastwood is now a multicultural centre with over 30% residents claiming Chinese Ancestry according to 2011 census. Eastwood is thriving shopping precinct for Asian goods and services.