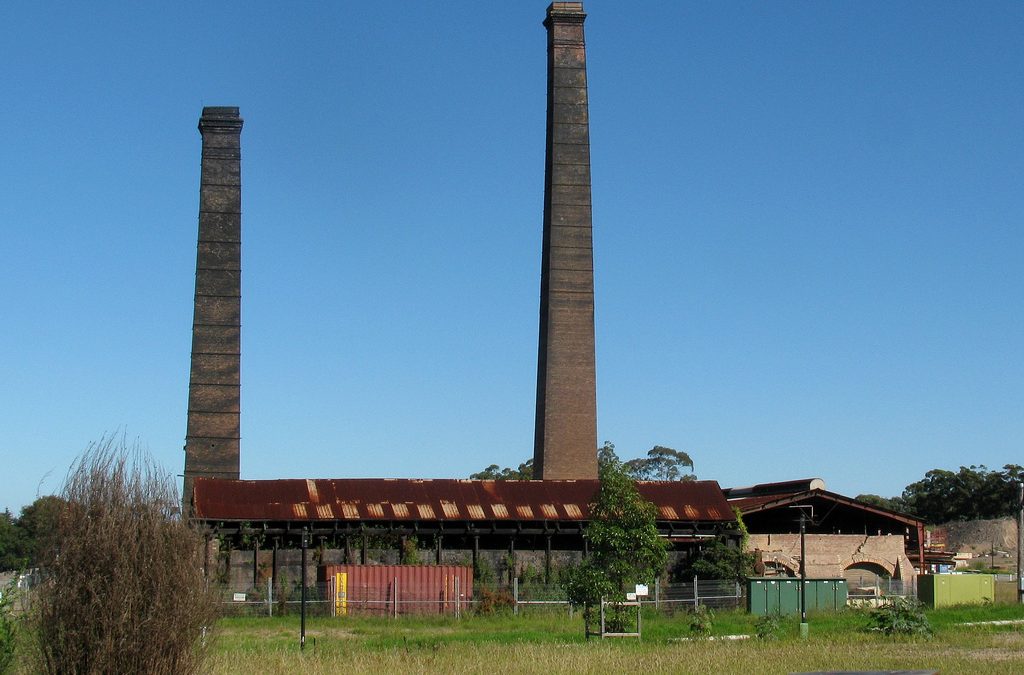 The Great Northern Brick Company Limited was registered on 1 March 1912 with a capital of £10,000 in £1 shares of which 4,500 were issued fully paid-up to Herbert S Leary and George H S Holliday to enable the acquisition of the land at Eastwood in order to commence manufacture of bricks, pottery and other building materials. The material from which the bricks were made was 90% shale and 10% clay, which was all quarried onsite. When it closed Eastwood was the last brickworks still mining Wianamatta shale clays.

In November 1912 the Cumberland Argus and Fruitgrowers Advocate announced that the company had established a large brickworks at Eastwood and that they could now deliver all kinds of bricks. Equipment at the works included two large grinding pans in which the shale and clay were ground to fine powder and three steam-driven dry press brick machines. Power was generated by a 250 h.p. water tube boiler and a 200 h.p. Marshall cross-compound engine.  There were two kilns working with a total capacity of 600,000 bricks. The new patent kiln was the second biggest in Australia and took 900,000 bricks for its construction. The article also noted that the big 160 ft chimneystack required 190,000 bricks for its construction.

The original allotment of 427 acres of which the brickworks forms part was originally set aside by Governor Macquarie for John Macarthur who considered it unsuitable for his purposes. The block was subsequently granted to James Dunlop in 1824. Dunlop was one of two astronomers commissioned by Governor Brisbane to assist with the operation of the observatory in Parramatta. It seems that Dunlop did not develop or reside on the land and in 1828 most of the portion was sold to William Mobbs who established highly productive orchards on the block. Over the intervening years prior to purchase for the development of the brickworks, the once large portion was divided into several smaller blocks owned by members of the Mobbs, Hitchcock, Eyles, Neil and Cooney families.

The brickworks supplied most of the bricks for the local area, being in continual production except for three years during the economic depression of 1932-1935. Some advertisements for new cottages specified the use of Eastwood bricks in the construction. In later years the brickworks were acquired by Brickworks Limited and in 2001 the company also purchased Bowral Bricks which enabled the closure of the last of its dry press brick plants in Sydney at Eastwood. The site was sold for residential housing the same year.

A consolidated housing development known as the Newthorpe Estate has been built on the brickworks site. A landmark within the development are the two tall chimney stacks remaining from the brickworks which have been retained within the community open space known as Cavanstone Park. The chimney stacks required extensive stabilisation and remediation works. At 45metres and 53metres, they represent the tallest existing square brick chimney stacks in Sydney. The brick and patent kilns were also retained, re-using bricks fired on site to preserve the original fabric of one kiln as a monument to the site’s former role and adapting the other kiln structures integrated with the recreational space. Cavan Drive commemorates the name of the home of W A H Allworth, who was first manager of the brickworks.