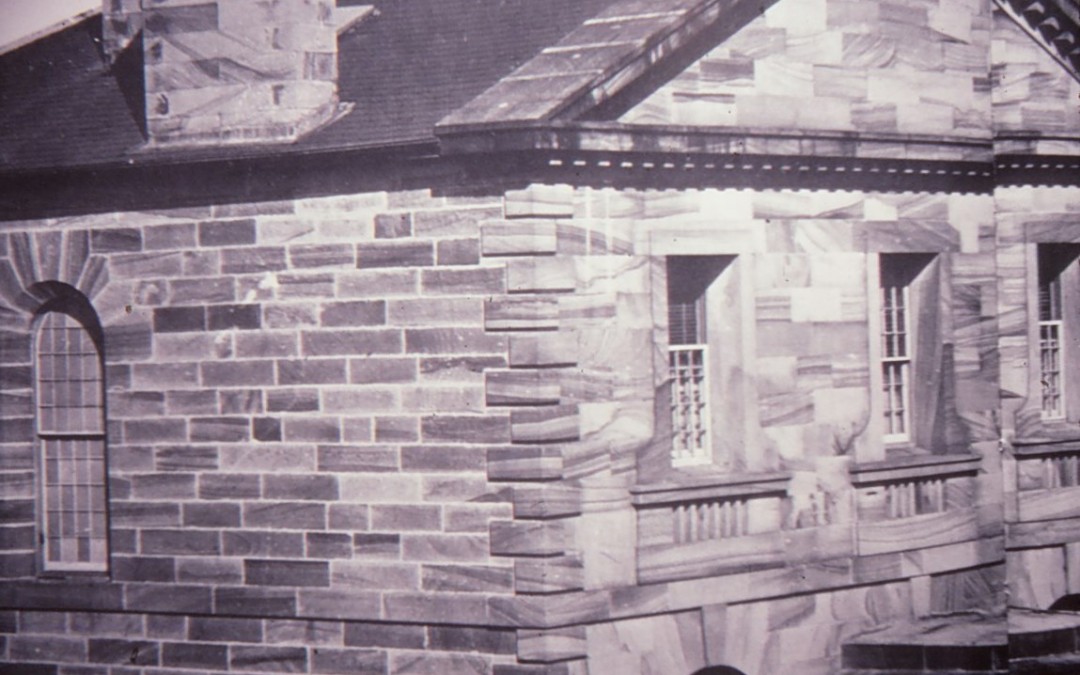 There were a number of sites owned by the Department of Corrective Services situated on over 10 hectares of land around the Parramatta Gaol. These included the Parramatta prison, the Parramatta linen service and the Merinda Periodic Centre. 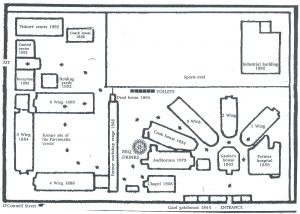 Merinda Periodic Detention Centre – is a single story timber building used to house maximum of 19 female inmates from Friday to Sunday. During the week, it was a conference centre and overnight accomodation for staff.

PWD compound – consists of a group of nine galvanised iron sheds that were used to store lawn mowers and other garden tools used by the prisoners.

Area East of the Parramatta Gaol

There are two single story cottages between the Barney St. and Board St. One of the cottages was occupied by ten parole officers, one welfare officer and administrative staff of the Parramatta Probation and Parole Service. The second cottage was used for administrative functions on 24 hours basis e.g. handling of emergency situations, movement of prisoners for Parramatta, Malwa, Silverwater, Norma Parker centre and Emu Plains Gaols.

Prisoners spending – According to Parramatta Gaol Study conducted by NSW Department of Public Works in 1980 – prisoners in Parramatta Gaol earned between $12 to $32 per week. Collectively all the prisoners were earning $500,000. Many prisoners were sending all their money at home where as $48,000 annually was spent on radios, record players, tapes, books and art craft material. According to 1974 prison census, 53.7% of Parramatta gaol inmates were aged between 26 and 34, with 32.4% under the age of 26.

Parramatta Gaol complex cover is spread in approximately 4.4 hectares – from Dunlop St. in the south to the banks of the Darling Mills Creek in the north. The Gaol area is rectangular in shape (345m x 130m) and has three defining areas: the Gaol, Linen service, and the sports yard, which was surrounded by 6 meter high secure walls.

Linen Service– the Parramatta Linen Service had an industrial laundry, landscaped lawns, a gatehouse, and vehicle lock connecting the zone with the Gaol. Linen service used to provide laundry service to the range of state institutions and provide employment to the inmates.

Gaol and Sports Yard – The Gaol zone is divided by Bootshop building into two sectors – the northern and southern sectors.

Gatehouse – the purpose of this was control the access of prisoners, visitors, staff, and vehicle access to the gaol. Gatehouse was also the communication centre for calling prisoners to the visits. CCTV cameras were also controlled from the gatehouse.

Cookhouse – used to provide cooked food for Gaol inmates. Food was prepared in the cookhouse building and was taken to all the wings by trollies for distribution.

Chapel – this was used for services conducted by the Salvation Army and for band practice, meditation and prisoners weddings.

Bootshop – The bootmaker or Tinsmith building separate wings 1, 2 and 3 from wings 4, 5 and 6. The bootshop is been used for various things over the years. Tailor shop was at the first floor whereas ground floor was used for office, building maintenance workshop, prisoners canteen and television repair shop.

Boilerhouse – used to generate the power for the prison complex. Later the building was used as printing workshop, light metal workshop, boiler room and store.

Employment – 170 to 240 prisoners were involved in prison industry:

There were various activities in which prisoners could participate:

Daily routine of the prisoners:

8am – 11.45am: Prisoners are housed in the circle or in the protection yard.

12.45pm – 3pm: Prisoners are housed in the circle or in the protection yard.

3pm – 3.30pm: Prisoners are secured in their cells

4pm – 7am: Prisoners locked up in their cells