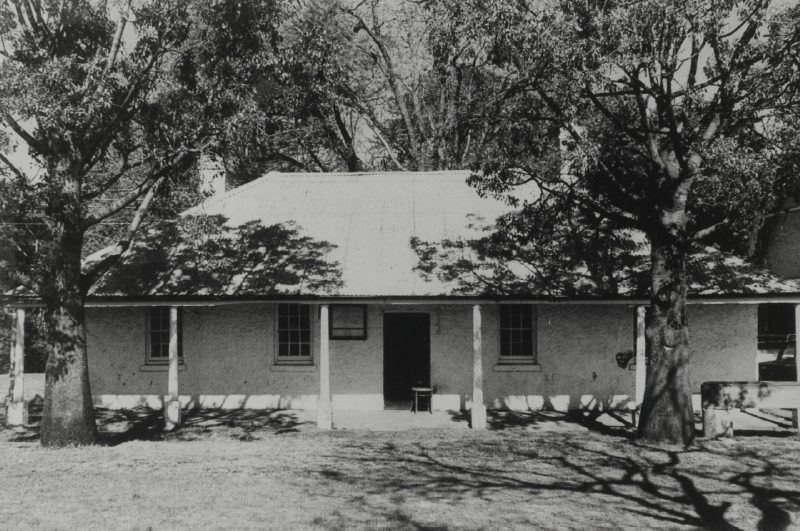 The Dairy Cottage in Parramatta Park is of significance on many levels. The cottage is one of the earliest domestic structures in Australia and is the most unaltered structure of its type. It has historical, social and architectural importance and its continuous use shows the changing needs of Parramatta Park and those living in the Parramatta area.

The land on which Parramatta Park stands has been a significant site for the Darug people of the Eora Nation for tens of thousands of years. Prior to First Contact, the area played an important role in the fishing, hunting and play of the local Burramattagal people. At that time the area, dense with local hardwood trees, was abundant with wildlife including kangaroos, wombats and water birds. The river winding through the landscape yielded eels, fish and shellfish to eat and provided a cool space to splash and play. Voices called and sang, and the laughter of children rang through the trees.

Shortly after the arrival of colonists in 1788, the Europeans recognised the fertile site’s potential for growing crops to feed the starving colony. The Burramattagal people began to be displaced from the area, and land clearances began.

In 1796, 30 acres of land situated high above the banks of the Parramatta River, where the Government Dairy Cottage now stands, was granted to George Salter, allowing him to ‘reside and cultivate the land’, Salter had been convicted of smuggling in England and given a sentence of transportation for 7 years, arriving in Sydney Cove on the Second Fleet in 1789. By 1800, he had successfully transformed Salter’s Farm, and was producing large crops of wheat and maize.

By 1800 Salter, and his partner, ex-convict Winne Marsh, had also built a small two-roomed cottage on the property using local materials. The bricks had been made in a brick yard near the river, the mortar had been produced by river muds with shells from Aboriginal middens and the timbers were local hardwoods including blue gum. The use of imported materials was restricted to the window glass and the iron nails. Salter, Winnie and three other convict labourers worked at the farm and were supported by government stores. In a short time, Salter’s prosperity was reflected by his ownership of a horse, which was rare at the time, and as well as a pig and chickens.

In 1802 Salter moved to Sydney. He kept his farm in Parramatta until 1813, when it was bought by Governor Macquarie, who planned to repurpose the farm for Government use, for 30 head of cattle. Macquarie at that time also appointed the industrious Salter to the responsible Government position of Superintendent of Government Stock in Van Diemen’s Land. Salter’s Farm became part of the ‘Domain’, a private park and farm used by Macquarie to cultivate Government Stores. Macquarie also transformed some of the area into a Gentleman’s Park.

In 1816 Salter’s, ‘old farm house’ was renovated into a dairy.  A sunken milk room was constructed on the southern side by 1823. The milk room was described at the time as “19 feet by 14 feet, sunk to a depth of five feet with fixtures and steps, a circular sewer and cesspool. The dairy was covered by one of the open-sided pavilions flanking either side of the cottage. Small additional rooms were also added to the original farm cottage, which became the main residence of the dairy. Products such as milk, butter and cream were brought up to Government House using a road that still exists today. The dairy played an important part in the life of the colony. For example, in the period June- December 1823 lists show that it supplied 1608 gallons of skimmed milk to the Female Factory for 107 pounds, 16 shillings and 2/3 pence. This amount increased in 1824 and in 1825.

One of the first dairy maids employed at the new Governor’s Dairy was Elizabeth Eccles, a convict, who remained there until her death in 1835. She also occasionally worked as housekeeper for Governors King and Bourke in Government House. It was thought that she was 105 years old when she died, though this has since been disputed and her convict records indicated that she would have been about 93 at her time of death. 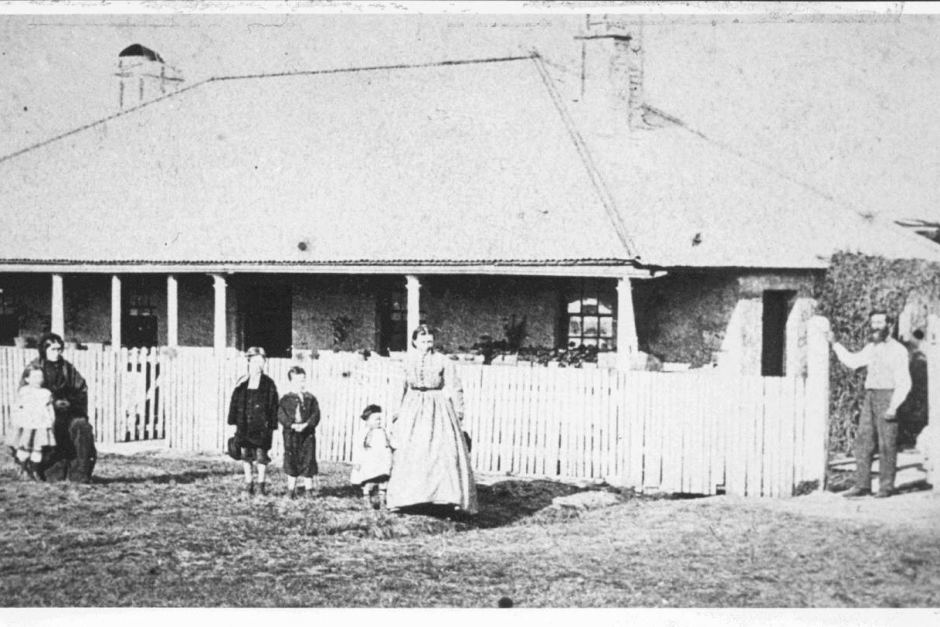 Ranger George Giles and his family outside the dairy cottage in the 1870s.

In 1858 the Government Domain became a public park and the Dairy Cottage was turned into the home of the Park Ranger. It remained the Ranger’s residence until the adjacent house was constructed in about 1875, from which time the original cottage was partially used for storage. The Dairy Precinct continued to serve as a residence and office until the 1970’s, and it was from here the Parramatta Park was managed for many decades. In keeping with the tradition of the park the rangers continued to keep a cow, chickens, a horse and a pig. From the 1850’s onward buildings had been constructed to accommodate machinery, and for use as sheds and stables, and these were now used by the Ranger and his staff. The Chief Ranger and his family lived in the old Dairy Cottage up until the 1920’s when it was moved entirely to the new Rangers Cottage.

The first ranger was John William Bartlett. He had worked previously as the superintendent of the Government House Domain before it became a public park. He was ranger at Parramatta Park until approximately 1864. During George James Giles’s time as Ranger, in 1878, there was a devastating fire in the Dairy which was reported in the Evening News newspaper at the time. The Dairy roof and the stables behind were damaged but the building was saved.

Through subsequent generations, the Dairy Precinct played an important role in park recreation activities. Swimming took place at the Little Coogee beach established on the nearby banks of the river, the terminus of a sightseeing steam tram which looped through the was situated nearby, fairs and family picnics were held on the grounds, and a bi-plane flown by Parramatta local William Hart from Penrith landed on the grounds in 1911!

The historic and architectural significance of the Dairy Precinct buildings started to be recognised in the 1980s. Extensive conservation and interpretation works funded by the State Government in the mid-1990s led to a significant archeological discovery, when the original sunken dairy was located and excavated. The Dairy Cottage appears on the NSW Heritage Register. In 2010, the Parramatta Park Domain was listed as a UNESCO World Heritage site, confirming its importance as a unique and important part of Parramatta, and Australia’s, history. Today, the Dairy Precinct site continues to provide a space where the public can enjoy the greenery of the park, learn the history of our colonial past, and reflect on the importance of the land to the Darug people.