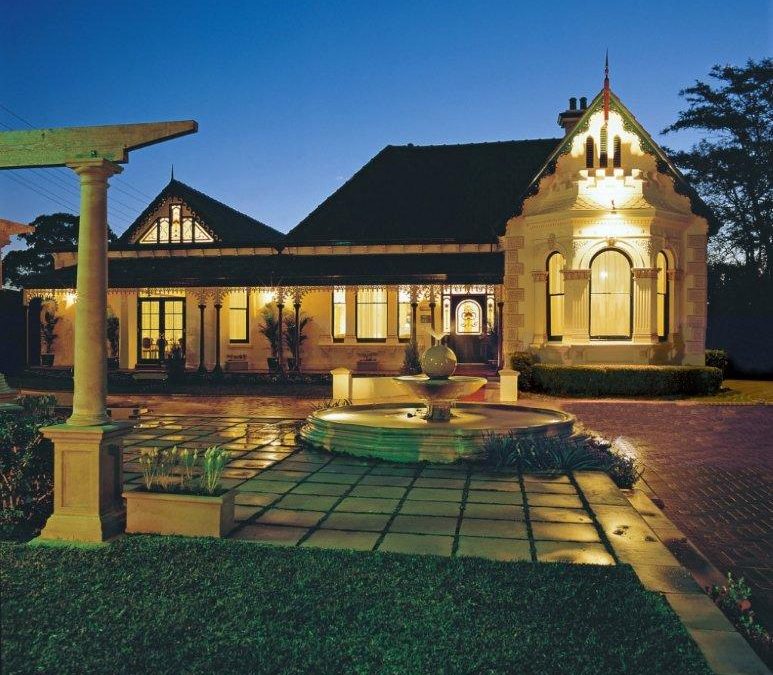 The Wallumedegal people inhabited the land in the area now known as Carlingford prior to settlement by Europeans with the first recorded contact being made by an exploration party several months after the arrival of the First Fleet in January 1788.

Early European settlers in the district included convicts William Mobbs, George Spurway, Joseph Eyles and later Parramatta-born Frederick Charles Cox. William Mobbs arrived as a convict per Barwell on 18 May 1798.[4] His wife and children arrived in 1801 and the following year he acquired 30 acres of land on what is now the western side of Marsden Road overlooking the Dundas Valley. Mobbs established an orchard as well as mixed cropping such as wheat on his property which he called ‘Orange Grove’. The venture proved to be very successful enabling him to expand his holdings and by 1828 Mobbs had amassed an estate of over 700 acres and was renowned in the colony for the quality of his citrus fruit. The area around his property soon became known as Mobbs Hill.[9]

George Spurway was convicted of theft in England, however his sentence was commuted from death to transportation for life, arriving aboard the Claudine in 1829. Spurway was assigned to Gregory Blaxland on his Brush Farm estate and after six years had risen to the position of overseer. In 1838 Spurway was granted his Ticket-of-Leave, receiving a Conditional Pardon in 1846. By this time he had become a land owner with a property near Brush Farm known as Barrington where he established a prize-winning citrus orchard. In 1869, Spurway now a prosperous gentleman, donated the land on which Dundas Public School was constructed.

Joseph Eyles[2] had been convicted of stealing a quantity of lead in January 1797 and was sentenced to seven years imprisonment which eventuated in transportation to New South Wales on the convict transport Canada in December 1801. In 1810 Eyles, now a free man, his wife Elizabeth and daughter Anne were living on 15 acres leased from John Macarthur who had considerable land holdings in the area. By 1828 Eyles had expanded his peach orchard and constructed a new dwelling on the property. In 1832 after several entreaties to the governor of the day, Eyles gained title to the land he had farmed for over twenty years. In addition to being a successful orchardist, Eyles was appointed Constable at Parramatta in 1828 and the family benefited from the annual income and government rations which the position afforded. Joseph’s descendants also became prosperous landholders in the area. His nephew Alexander was one of the foundation members of Dundas Borough Council and another Alexander Eyles, grandson of Joseph, constructed the home Clifford now known as Lauriston House on the corner of Marsden Road and Stewart Street in the mid 1870s.

Frederick Charles Cox[11] was born in Honiton House, Church Street, Parramatta in February 1838. After attending the Kings School from the age of 13 years he first took up the butchering trade and opened a shop in Parramatta before establishing a prosperous orchard property and building the substantial home on Pennant Hills Road which he named Blenheim in 1848. By 1887 he reputedly made an income of £900 per annum from an orchard of just 15 acres. In 1874 Cox entered local government and served as Mayor in 1884. He was also an alderman and mayor of Dundas, and had the distinction of being a member of Parramatta and Dundas municipal councils simultaneously. Cox died at Blenheim on 27 April, 1932.[10] The site of his home, now occupied by Carlingford Electricity Sub-station was commemorated in the naming of Blenheim Road.

A post office was opened in the area in July 1883 which initially was known as Mobbs Hill. The alternative name Carlingford was suggested by orchardist and prominent citizen Frederick Cox and officially became Carlingford Post Office the same year. The suburb may have been named for the town of Carlingford in County Louth, Leinster, Ireland, or alternatively named in honour of Lord Carlingford, the British Under-Secretary of State for the Colonies between 1847 and 1860.

In 1853, a denominational school had been opened by St Paul’s Church of England at Mobbs Hill.[1] Following the passing of Public Instruction Act by the NSW government in 1880, the denominational school ceased to operate and a public school first known as Pennant Hills South opened in January 1883. In accordance with the official name of the post office, the school became Carlingford Public School in April 1887. From 1925 to 1958 the school was designated a District Rural School which provided post-primary vocational subjects including agriculture, farm mechanics and rural economics for boys and home science and horticulture for girls.[8]

In 1896, a private railway line was opened between Black Wharf on the Parramatta River to Carlingford by Mr B C Simpson. An extension of the private railway from Clyde, which was once destined for Dural, terminated at Carlingford, with the line bisecting Cox’s property. The station opened as Pennant Hills on 2 April 1896, then, as part of the state government railway line, it became known as Carlingford on 1 August 1901. A small village commercial centre developed around the railway station from this time and later a larger shopping complex was developed at the corner of Carlingford and Pennant Hills Roads.

Telopea station was added in 1925. Electrification of the line from Clyde to Rosehill was completed on 12 December 1936, extending to Carlingford on 9 August 1959. In 1996, the original iron lattice bridge over the Parramatta River was replaced by a new single line structure which sits on the refurbished piers of the original bridge. The transport of oil products to and from the Clyde Refinery ceased in January 2010 with the closing of operations on the site.[15]

In the years following World War Two, the farms and orchards of the Carlingford area were gradually subdivided into suburban lots, however the names of early settlers and their farms have been commemorated in the naming of streets and parks.