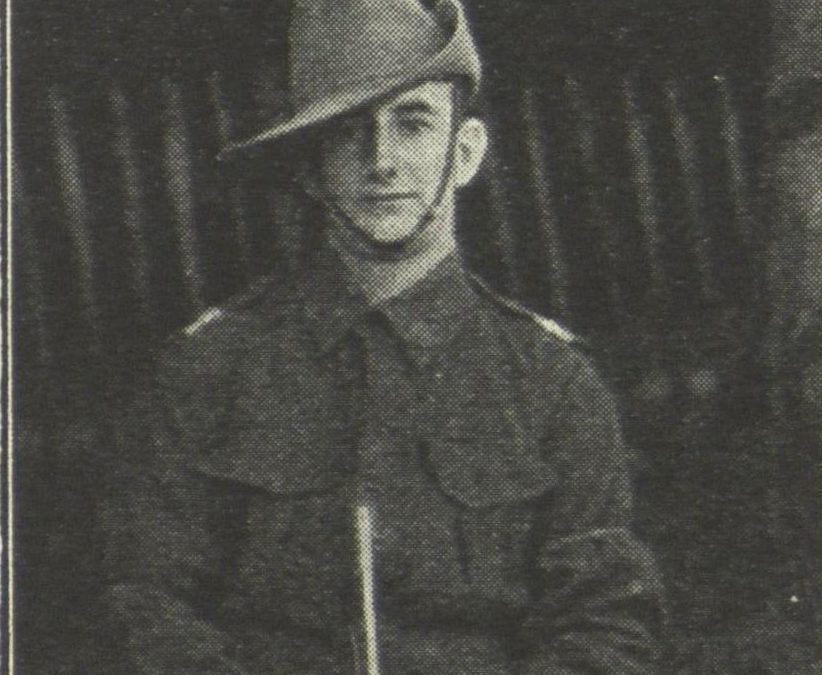 Private Ray Hector Page was born in Rooty Hill New South Wales.  He was twenty one years of age and single at the time of his enlistment at Liverpool on 19 January 1916. He named his sister Mrs Agnes Baldwin who lived in East Street Granville as his next of kin. He worked at Brunton’s Flour Mills in Clyde.  Prior to the Great War he had served in the Citizen Forces.

Private Page embarked for service overseas on 13 May 1916 with the 36 Infantry Battalion 9 Infantry Brigade and was subsequently transferred to reinforce the 54 Battalion in September 1916. His service record includes a copy of his will in which he provides for all of his property and effects to be to be given to “My two sisters Aggie and Hilda.” Tragically, Private Page died in France on 15 May 1917 of wounds received in action in the field.  He is buried at Noreuil Australian Cemetery, Picardie, France.

The following was published in the Cumberland Argus of Saturday 16 June 1917 at page 6:

Somewhere in France they have laid him

Our brother so brave and true.

Far, far away from the land of the wattle

He sleeps neath the red, white and blue.

Inserted by his loving sisters and brothers, Hilda, Agnes, Norman, Reggie and Walter.