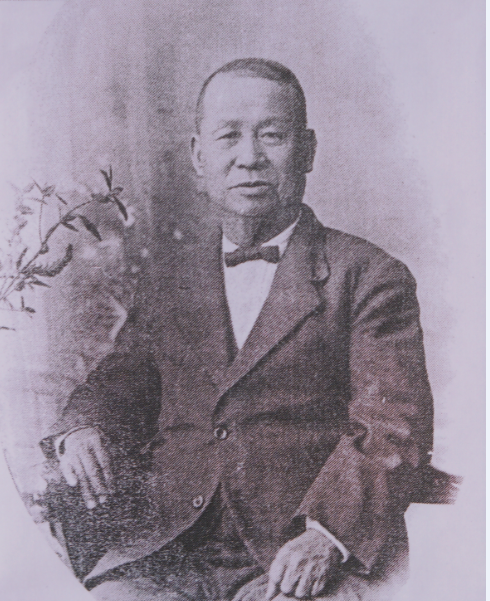 Lee Ah Sing was a prosperous grocer whose business was at one time the largest of its kind in Parramatta. His store was at 336 Church St  and he and his family lived above the shop. He was also charitable and caring for Parramatta’s less fortunate.

He was born in Macao in 1858 and his parents were Gun Siong and Gue Sing.

At eighteen years of age Lee Gumbuk Sing arrived in Sydney on the Oward on the 14th April 1870 from Hong Kong. Here he travelled under the name Ah Lee. The records below show that he arrived with  10 other Chinese males.

On the 6th November 1886 Ah Sing received his Certificate of Naturalisation and gave him all the rights of the natural born British subject and made him an Australian citizen. Here he is said to be a shopkeeper and had been born in Canton China.

In 1886 Ah Sing had a son with his wife Ah Gue, who was named Willoughby and was born in Australia. The couple according to family history were married in China. But it appears that his first wife died some time after 1886. From research done we have found that Ah Sing then married a Lee Sing and over a number of years had a number of children with his new wife,  Including Arthur, George, May, James, Thomas, Harry, Jack, William, Margaret, Mary, Ada and Ruby. 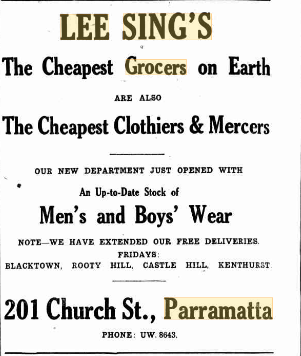 Throughout his life Ah Sing was prosperous and considered a generous man. who gave sweets to his customers in his large grocer store in Parramatta, passed out gifts at Christmas and paid his staff generously as well as supporting the poor of the neighborhood.   This was despite prejudice leveled against him as seen in letters in the Cumberland Argus on 16th –  22nd September 1922. Ah Sing made deliveries from his Parramatta store to the Blacktown district.

During 1927 Mr Sing had a rough year with his health and was operated on twice but while his prognosis was grave early in the year his condition improved, but by November his health had taken a turn for the worst and by the 23rd of November he had passed away.