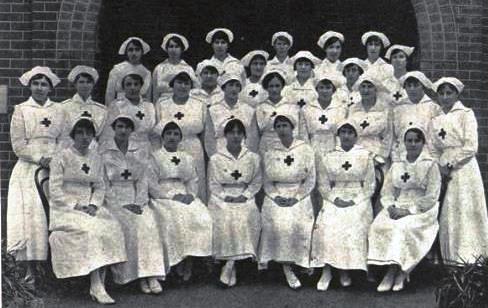 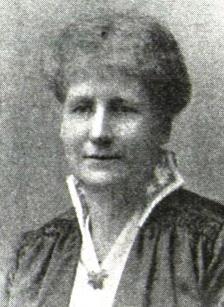 “The members of the society met twice each week in the Parramatta Town Hall to knit socks and make clothing to be forwarded for dispatch to “Our Boys” at the front.  During the time the Society was in operation our members made 6874 pairs socks, about 500 flannel shirts, 200 Balaclava caps and mufflers, and many pairs of mittens.  Besides these we forwarded several cases of goods, such as tinned fruit and condensed milk which were received at gift evenings organised by three of our members, Mrs R Telfer, Miss Forsythe, and Miss Hosford.  Though working hard for our own society we were not unmindful of the needs of other patriotic bodies and by means of street stalls, etc, we raised over £1000 for such objects as Red Triangle Day, France’s Day, Red Cross Day, British Red Cross Day, AIF Day etc while for the two big War Chest Days, with the cooperation of other local patriotic workers, we were able to forward to head office over £1800.”1

A report titled Our Good Patriotic Workers details other methods the Parramatta War Chest Society employed to help the war effort.   This article also indicates the social status that came with being involved in the war effort and the results of their fundraising.

“At the half yearly meeting of the Parramatta War Chest organisation, presided over by Mrs Thomas, there were present Mrs Haddrill and Mrs Reid  (joint hon secretaries).  Mrs Saunders, (hon treasurer) and many other ladies well known in local patriotic services.”2

The meeting summarised their results and methods of fundraising.  It details exact amounts raised from members’ sales, donations, spinning classes (as in wool not bike), scarf classes, and proceeds from various concerts that were held. Including a ‘Snowball Supper’ held in Parramatta Park for soldiers from the AMC who were about to depart for the front.

“The report stated that 2825 pairs of socks had been prepared and obtained in connection with the May appeal.  During the last six months 419 pairs had been secured (120 from members of our society).  Apart from that, large quantities of mittens, caps, shirts and mufflers had been prepared for the soldiers.”3

The War Chest members used wool winders and spinning wheels to create the donations of socks and mittens for the soldiers. And resources were shared between the community organisations, as illustrated by the following observations:

“Members had done good work too, with the spinning wheels (three of which had been donated by the Red Cross Society).  Now that wool has become so expensive it behoves members to get busy right away and spin the wool we have in hand.”4

Although the War Society had a core group of members, they called on all members of the Parramatta community to assist in their efforts.

“During all our work we had the loyal cooperation of the citizens of Parramatta generally, and they made ready and generous response to every one of our appeals for help.  One feature, too, that stood out prominently, and of which we cannot be too proud, was the wonderful help we received from the children.  Not a state school in the district but gave us material assistance right through to the piece, and the Society would particularly like to mention the Parramatta Superior Public School, Parramatta High School, Parramatta North Public School, The Meadows School (Toongabbie), Pitt Row School, Castle Hill School, Greystanes School, Wetherill Park School.  Then of course, The King’s School boys were always to the fore in giving a helping hand to every patriotic appeal.  The little members of the Burnside Homes, too, sent along many a pair of beautifully knitted socks.”5

Knitting needles around Australia were brought out in force at the beginning of the war and knitting groups were established in schools and community groups.  “A total of 1,354,328 pairs of socks were knitted for the Australian Comforts Fund during the Great War, and there were even patriotic songs about Knitting for ‘Our Boys’ in the trenches.”6

Soldier lad, on the sodden ground,

Sailor lad, on the seas.

Stealing across on the breeze?

As they twine the khaki or blue,

Tommy and Jack, for you.” 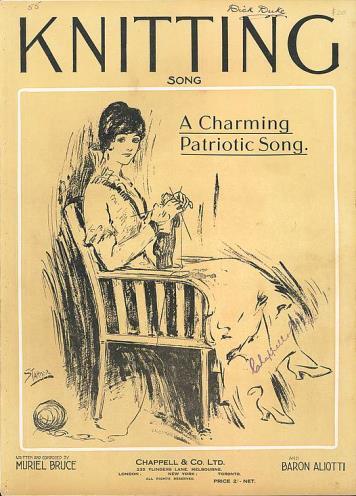 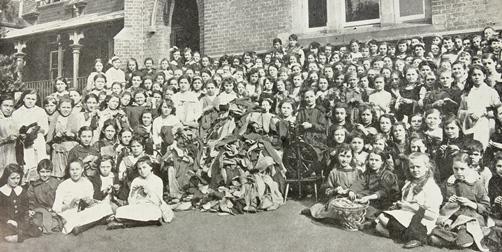 It is evident that The War Chest Society was very active throughout the war years and although it was established a few years after war began, its members were very involved and spent a lot of time assisting in the war effort.  In 1919, the War Chest Society was wound up and newspapers, written at the time, illustrate the effort that had gone into making the society a success.

The following article was written and published in The Cumberland Argus when the Parramatta War Chest Society was disbanded after the war.  It is interesting to note the strong community spirit that the society engendered and how, it was almost with regret that it had to close when the war finished, and there was no longer a need for the women to provide their services.  Indeed, the writer commented that some of the women were no longer satisfied with their previous lives and looked outside the home to contribute their services and time.  It was the beginning of the trend for women working outside the home, which was greatly accelerated during World War Two.

“It is almost with regret that we received notice on February 24, 1919 to close the branch, though the fact that there was no need for our efforts any longer in the same direction was a cause of great rejoicing.  However, orders had come, consequently we formally and finally disbanded on March 27, 1919.  Many of our workers who could not go back to the old selfish life of only looking after one’s own comfort, soon looked around for fresh fields where there activities could be continued, and now of them may be seen one day each week at the Hospital, mending and making, and thus relieving to an extent an already over-taxed staff.  Many others have joined the “Helping Hand” Society, whose object is to relieve distress in the district, and already many a family has had cause to bless these women, who give their time and means to succor those less happily situated than themselves.”7

The great range of needs caused by the war has had lasting effects in many other ways also.  The creation of the War Chest Society, and many other community organisations, resulted in the quick development of fund raising methods which are still relevant today.  It demonstrated that large amounts could be raised through community action and many churches and various non-profit organisations still raise much of their revenue this way today.

“The fact that churches, colleges, and hundreds of other organizations adopted this plan of securing their finances and still continue such a plan indicates clearly that war chests made a contribution to methods of raising money by popular subscription.” 8