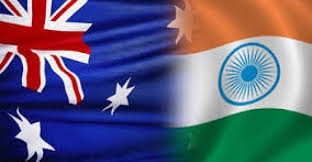 Let’s look back and explore the centuries old contributions of Indians to the development of Australia. Australia’s multicultural phenomenon is not a recent one. During 19th and 20th century people from Britain, Europe, China, India, Egypt and Turkey came to Australia by boats to discover opportunities to conduct businesses or to start a new life.

British naval and merchant ships also had Indian Sailors on board. The nine merchant vessels on the First Fleet were owned or under lease to the English East India Trading Company. There is no doubt that most of the seamen on board were Indians. It’s beleived that Captain Cook’s Endeavour vessel in 1788 may have had Indian sailors.

Many Indians came to Australia as hawkers, traders, banana growers, and sugar cane farmers. The first Muslim Indian landed in Tasmania in 1813. The first Hindus came as indentured labourer in 1816. The first Sikhs landed in Brisbane in 1844.

The Begum Shaw ship is the second most important ship to enter Australian waters. It was later known as a Sydney Cove ship. It sailed from Calcutta in 1796 with a crew of 42 Indian sailors, known as Lascars, and seven Anglo-Indians. It was shipwrecked in 1797 at what is now Preservation Island, north-east of Tasmania.

Indians and Anglo Indians were the first people to sail across Bass Strait in 1797 and discover the southern coast of Victoria.  They formed the first inland expedition when their life boat was swamped and they set out on the Ninety Mile Beach in Victoria and attempted to walk to Sydney, a distance of over 700 kilometres.

The Church of England (now known as the Anglican Church) was the only Christian ministry sent with the First Fleet, under the control of the Archbishop of Calcutta.

In 1792, when the Colony was in crisis and on the point of starvation, Governor Phillip successfully turned to India for help in supplying food and other supplies. As a result, the Home Secretary in London ordered that all supplies, including animals, should be purchased from India if they could not be purchased more inexpensively elsewhere. This was a momentous decision because after that time most food and animals were purchased from India. From that time onwards, all horse, cattle and sheep had strong bloodlines going back to India.

Four of the first five Governors of NSW had served in India. This was the first injection of technological transfer that later extended to most branches of the Public Service, including the Judiciary.

In the early days of Settlement the convicts felt sorry for the Indian lascars on ships visiting Sydney. When the “Shar of Hormus” landed in Sydney the convicts gave them cloths and blankets and were severely punished for their charity.

Indians were the largest self-funded migrants who were not of European descent.  Self-funded Indians formed a large trading network along the east coast of Australia. They also moved out into and were working in rural areas e.g. cutting cane in Northern Australia.

Australia horses were also exported to India.  The first exports commenced in the 1820s and continued to the start of the Second World War.  During that time well over 400,000 horsed and 50,000 horse handlers travelled to India.

While exploring the avenues of Australian history, in the early days of settlement, wonderful contribution made by Indians, domestic animals and goods imported into Australia from India. This was a milestone in the establishment of a normal society in New South Wales.

Indians formed the largest self-funded migration of people who were not of European descent.  These self-funded Indians formed a large trading network along the east coast of Australia, as well as branching out into other forms of rural work including cutting cane in Northern Australia.