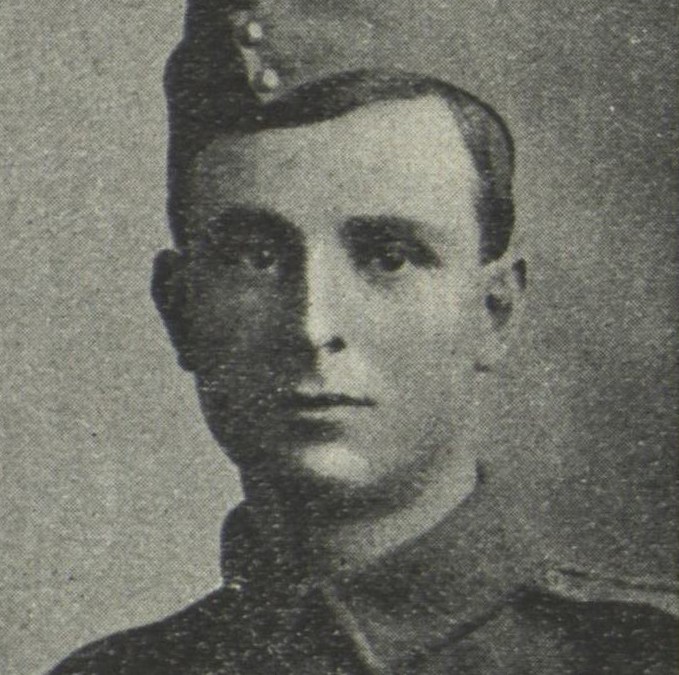 Thomas, a well known champion racing cyclist in the Granville district, was perhaps best known for “scooping the pool at Clyde, sports on Easter Monday, 1912, and in the 100 mile test race”[1]. Hammond was a riveter prior to enlisting on 22 August 1914 in Randwick, Sydney with the 2 Infantry Battalion – “D” company.

He embarked with his Unit from Sydney aboard HMAT Suffolk A23 on 18 October 1914. He wrote home and some of his letters were published in The Cumberland Argus and Fruitgrowers Advocate: 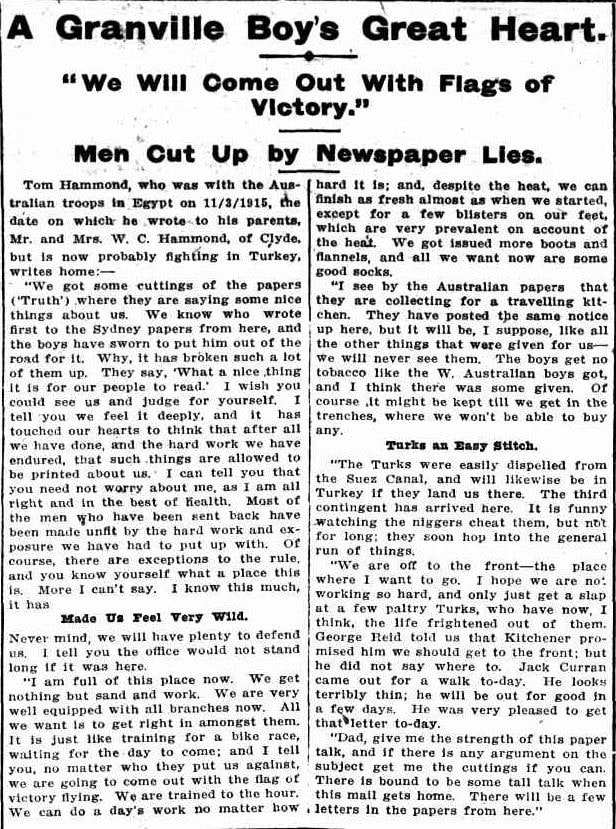 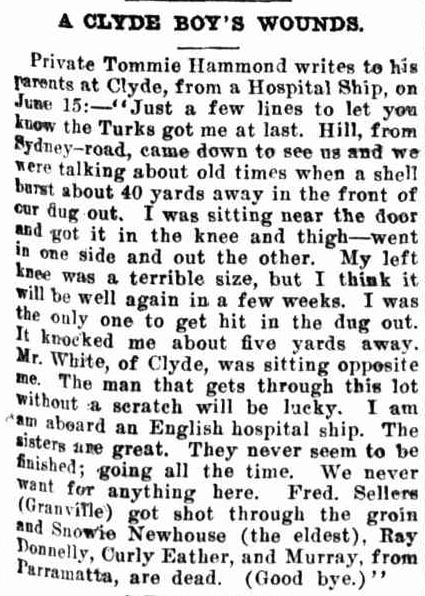 During the Gallipoli campaign he was wounded in action in Dardenelles in northwestern Turkey on 11 June 1915 and transferred to a hospital in Malta where  his leg was amputated. He died on 24 July 1915. He was only 22 years of age. His parents were William C and Mary E Hammond of Wentworth Street, Clyde, New South Wales. He is buried ‘with a New Zealand and a British serviceman’ in the Pieta Military Cemetery, Malta[4]