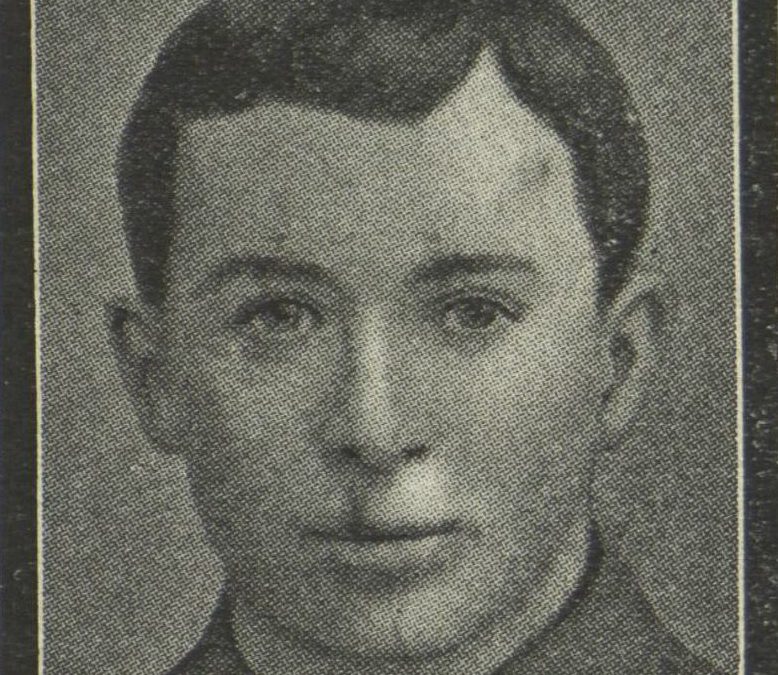 Private Wallace McKenzie was a 20 year old shipwright from Sydney. He was the son of Mr J McKenzie and Mrs Jane McKenzie from Granville, New South Wales. He and his family were part of the Church of England. He enlisted on 17 August 1914. He was appointed as Corporal of a platoon on 19 October 1914. He embarked with his unit from Sydney aboard the HMAT Euripides A14 on 20 October 1914. He was promoted to Sergeant on 11 March 1915. He was wounded in action on 6 August 1915. He rejoined his unit on 14 August 1915. He was promoted to second lieutenant on 8 December 1915. He embarked for Alexandria on 23 March 1916. He was promoted to Lieutenant on 22 April 1916. On 24 July 1916 he suffered gunshot wounds to the head and shoulder while in France. He was transferred to England on 27 July 1916 and admitted to an Auxiliary Hospital in Harefield. He was discharged on 22 September 1916. On 17 October 1916 he rejoined his battalion in France. On 13 November 1916 he was mentioned in despatches for distinguished and gallant services by Commander Sir Douglas Haig in the field. On 2 March 1917 he suffered a gunshot wound to the right ankle, and was transferred to England on 5 March 1917 aboard the HS Panama. He was admitted to the 3rd London General Hospital on 6 March 1917. On 28 August 1917 he was admitted to Latchmere House Hospital, England, suffering delusional insanity. On 12 November 1917 he embarked for Australia aboard Themistocles A32 from England suffering from acute mania. He was struck off strength the next day and his appointment was terminated in Australia on 21 March 1918.