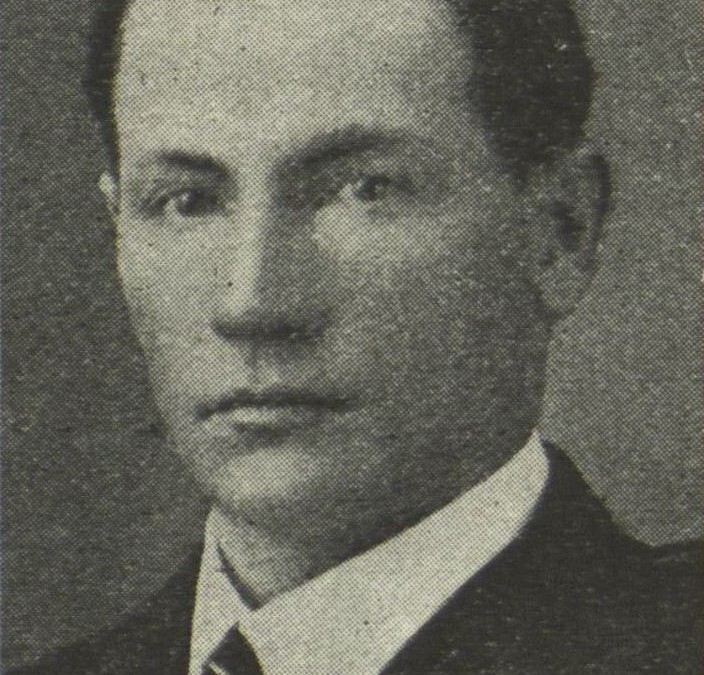 William was the son of G.D. Fisk of Guildford, New South Wales. He was born in Inverell, New South Wales and was a 24 year old shop assistant when he joined the forces on 22 March 1915. He married Miss Ella Virtue (also of Guildford) on 8th April 2015 prior to departing Sydney.

He served with 20 Battalion, 5 Brigade at Gallipoli from 16 to 25 of August 1915 before being transferred to hospital in Malta due to a sprained ankle. He rejoined his unit in Gallipoli on 25 October 1915 until disembarking from Mudros to Alexandria, Egypt on 9 January 1916. He was promoted to Temporary Sergeant for six weeks in early 1916 whilst in Egypt and then again later that same year whilst serving in France.

He was involved in a raiding party on the night of 25 June 1916 for which he was awarded the Distinguished Conduct Medal (D.C.M.) for: ʺ…conspicuous gallantry when repeatedly rescuing wounded men under heavy fire after a successful raid, [and] throughout the whole raid he displayed great braveryʺ.

He went missing in action on 26 July 1916 and the Court of Enquiry determined that he had been killed in action on 29 September 1917. The following account was provided on 9 January 1917 by his Captain, J. A. Broadbent, who wrote from London;

He was my bombing sergeant. On 26th [July] last, in the Somme region our Battalion was ordered to make a raid on the enemy trenches. Half the battalion bombers under Fisk were sent also. He had charge of the left storming party, and went over with the others. As far as can be ascertained this party was held up by the enemy wire. Fisk led his men, but although I made exhaustive inquiries afterwards, nobody knows his fate for certain. I have not written his people, in the first place, because I thought he may have been captured and later misplaced his address. In case of his capture he would have written or had someone else write for him. He was posted as ʺMissingʺ in the absence of any knowledge of his welfare. As far as his manliness is concerned, his people must know of it, as I do. He was [one] of the finest men, and best soldiers I have ever met. His people also would know that he won the D.C.M. for gallant work in a raid some months previous to the Somme fighting. Although I hope sincerely that he is alive, yet I cannot advise holding out any hope for him. In the particular action in which Fisk took part, there were a large number of casualties and those that remained, could give no information of him.ʺ