Where the Riverside Theatres Stand 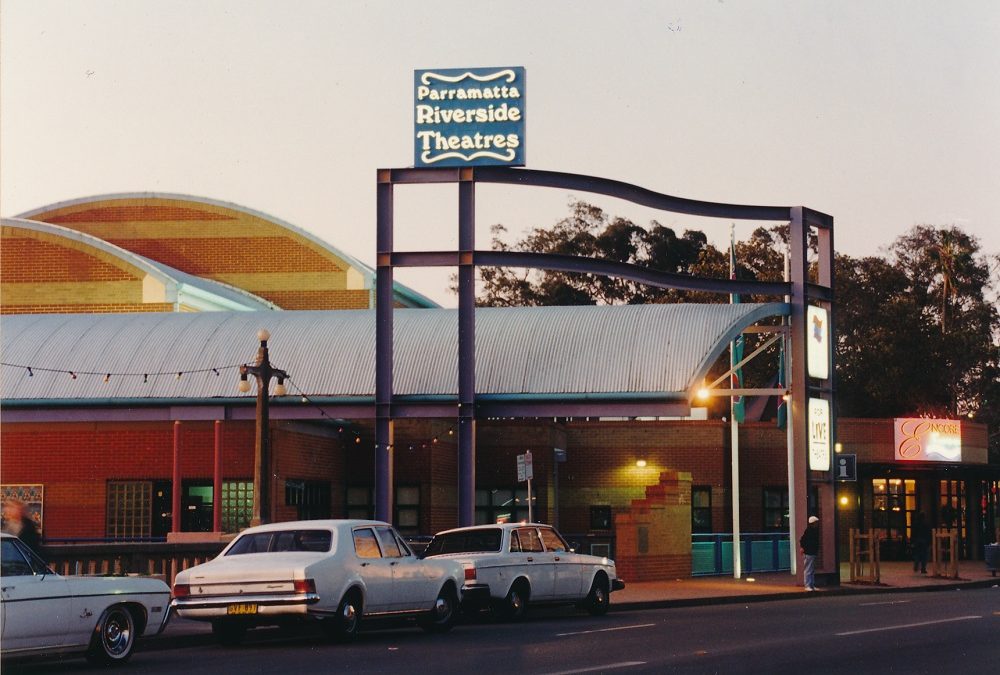 In 2018, Riverside Theatres will celebrate 30 years of sharing stories on stage and screen. The popular and successful multi-venue performing arts centre will, over the next few years, undergo a process of redevelopment resulting in a revitalized and fit-for-the-future venue. [1] Reflecting the ongoing expansion of our city, this transformation will form the next interesting step in the history of where Riverside stands, a space long associated with gathering and recreation.

A space for gathering and recreation

The traditional custodians of the land on which Riverside Theatres now stand are the Burramattagal people. The surrounding area contains evidence of early Aboriginal occupation indicating the place has been a source of food and fresh water, as well as a gathering and recreational space, for tens of thousands of years.[2]

Following the arrival of the European colonists in Parramatta in 1788, the Burramattagal people were displaced from the area. On the land extending north from the river to where the State Heritage Listed Prince Alfred Square now stands, a Government Reserve was established. 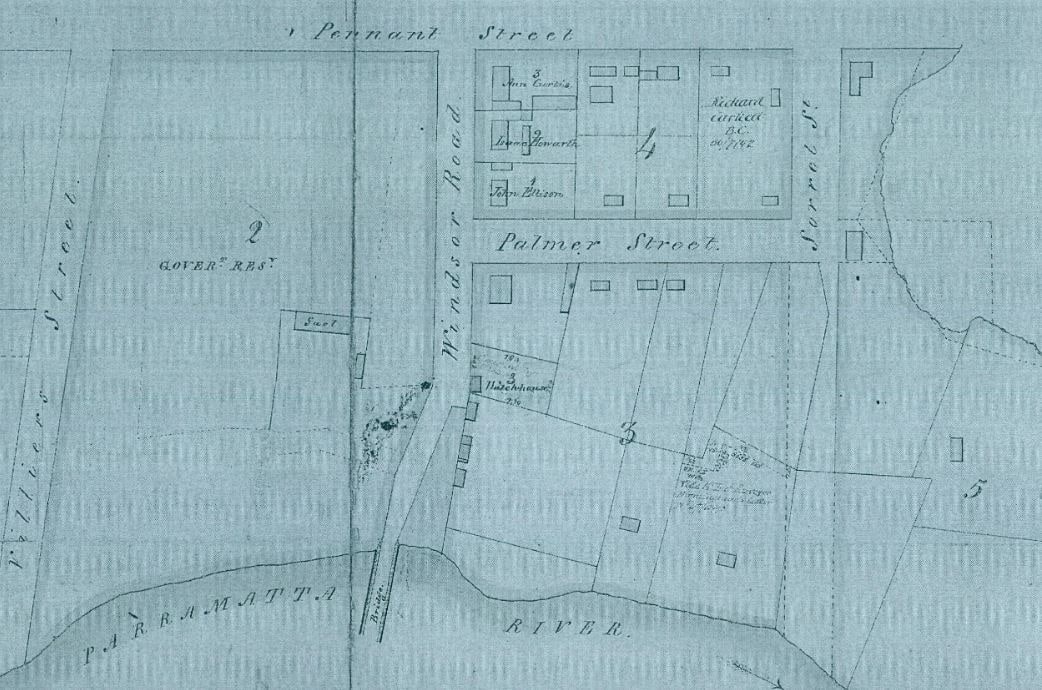 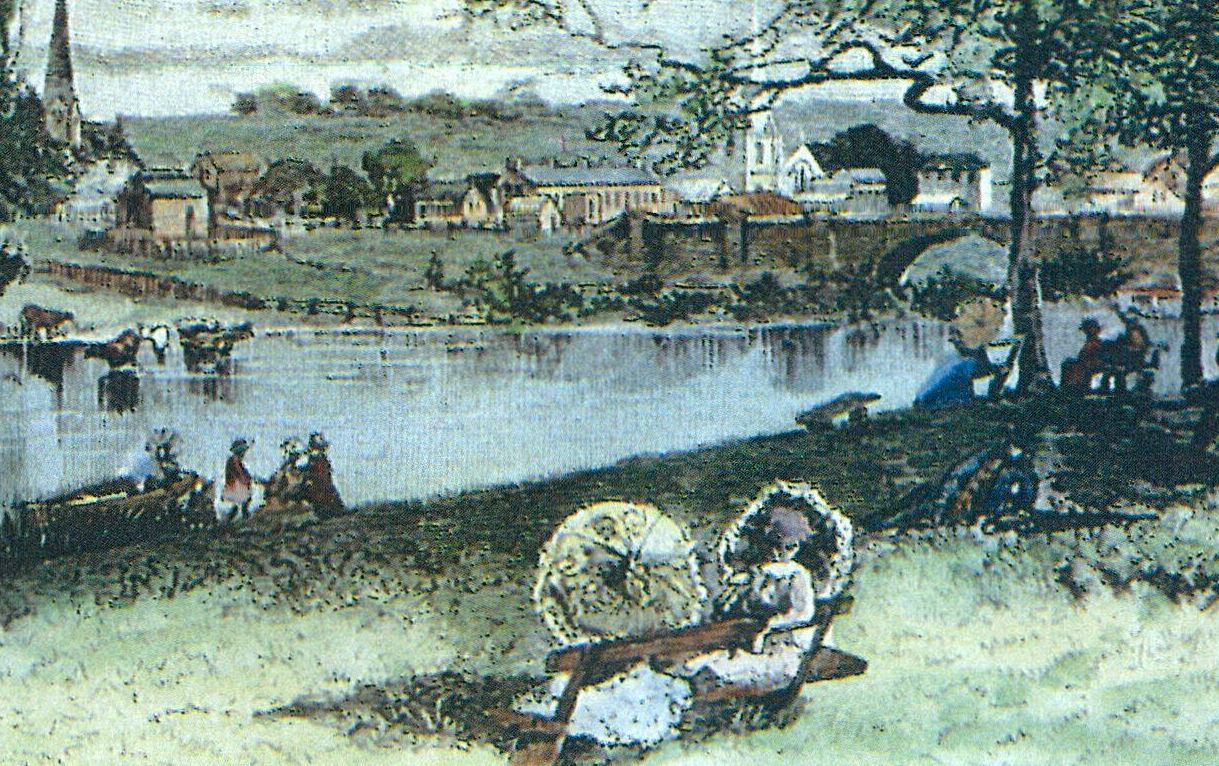 By the time of the construction of Lennox Bridge in the mid-1830s, the stretch of Parramatta River running Northwards had been recognised by the European settlers as an ideal place for bathing. In 1837, a small bathing house was constructed on the riverbank nearby.

In 1888, a large public baths facility was opened on the north bank of the river just west of Lennox Bridge, where the Riverside Theatres now stand. [3] The Baths provided hot and cold bathing and dressing boxes beside a large swimming basin, using water drawn from the river, along with an arcade of shops facing Church Street.[4] 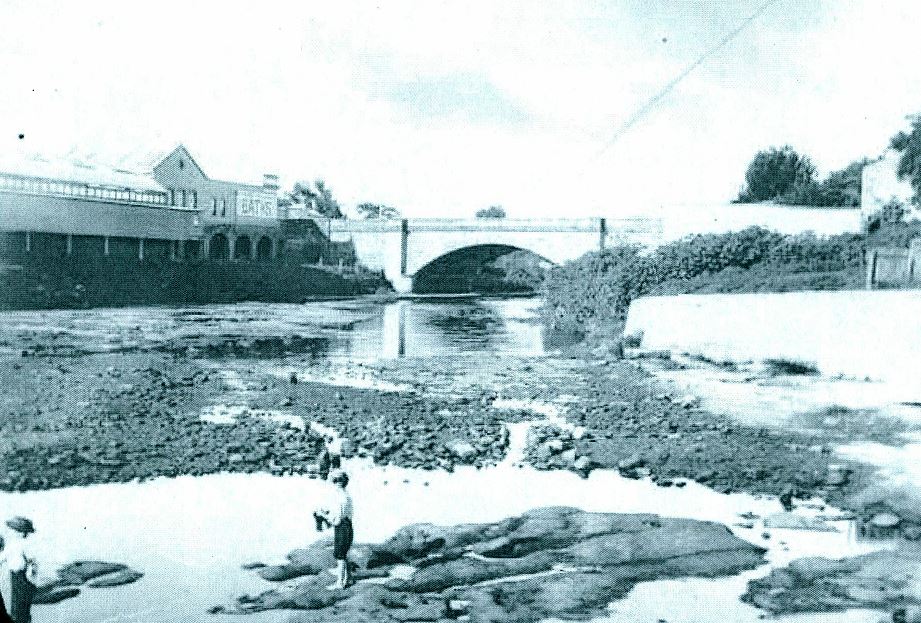 In the 1920s, a stretch of water further up the Parramatta River, known as Little Coogee, became the dedicated site for public bathing, and the Baths by Lennox Bridge were closed.[5] In 1934, the old Baths and arcade buildings were substantially refurbished and opened as repurposed retail premises. The rear of the property began to function as a Parramatta City Council vehicle depot. 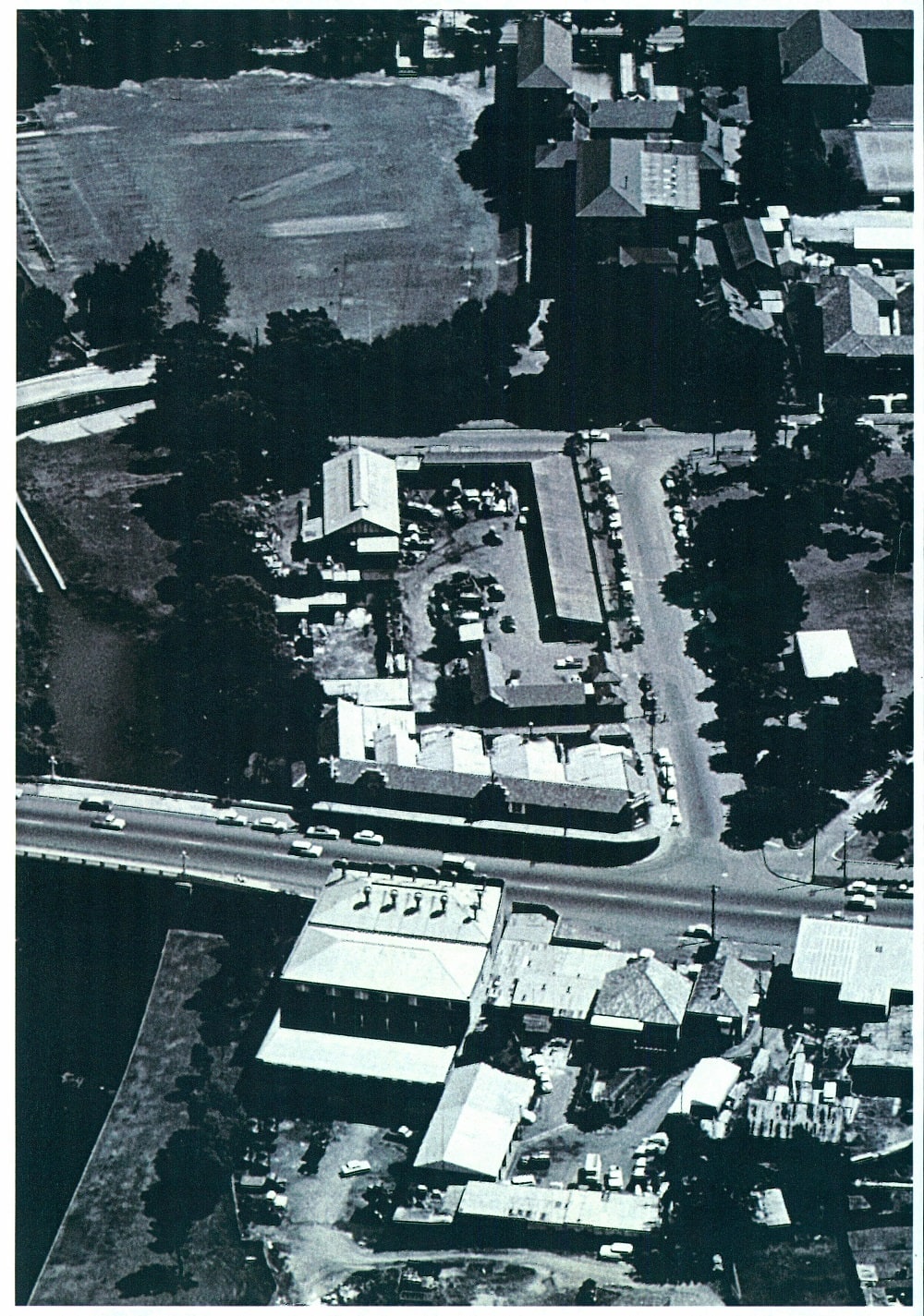 From the 1970s onwards, the need for a public cultural performance space in Western Sydney was increasingly recognised and discussed. Finally, in 1983 it was announced that, as part of the joint State/Commonwealth Bicentenary Program, funding had been awarded for a Cultural Centre to be constructed in Parramatta.

The development of Cultural Centre in Parramatta was first formally proposed in 1983. Source: Minutes of the meeting of Parramatta City Council, 14 June 1983

Six million dollars of Government funding was earmarked to cover the costs of building of the Cultural Centre, though the land on which it would stand was to be donated by Parramatta City Council. Various sites were given consideration, and it was ultimately decided that the ‘Baths’ shops and Council depot site was the most suitable.

In 1986, the 100 year-old Baths building was demolished and construction of the new centre commenced. The construction period was not without controversy, as the original budget rapidly escalated, and there were concerns the quality of the facilities to be delivered would be diminished as a result.[6] 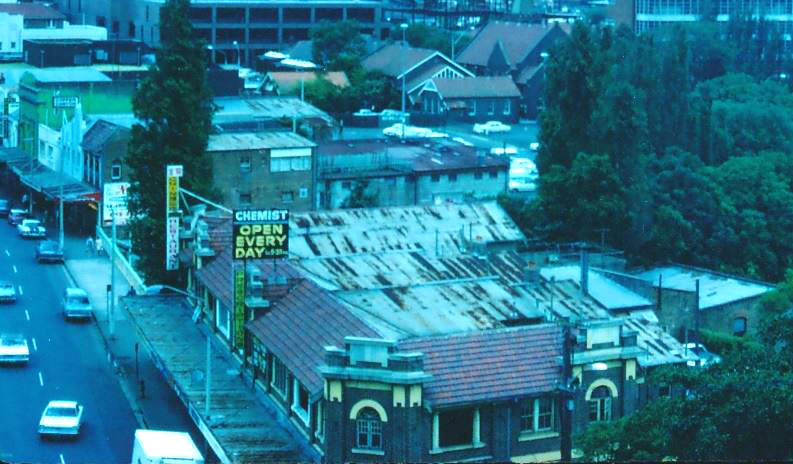 Although some complications were experienced during construction, the centre was completed in time for the Bicentenary year as planned. The Parramatta Cultural Centre was officially opened on 27 February 1988 by State Premier Mr Barry Unsworth, at an event attended by politicians (including Prime Minister Bob Hawke), heads of local organisations and “a host of celebrities from the arts world”.[7]

The facilities, comprising “a 700 seat theatre, 200 seat performance space, 100 seat recital room, an open-air courtyard, and a fully licenced foyer/function space”, were proclaimed as a wonderful addition to the cultural landscape of Western Sydney.[8]

One year after opening, a new name for the centre, which more accurately reflected its position and purpose, was announced – the Riverside Theatres.[9] 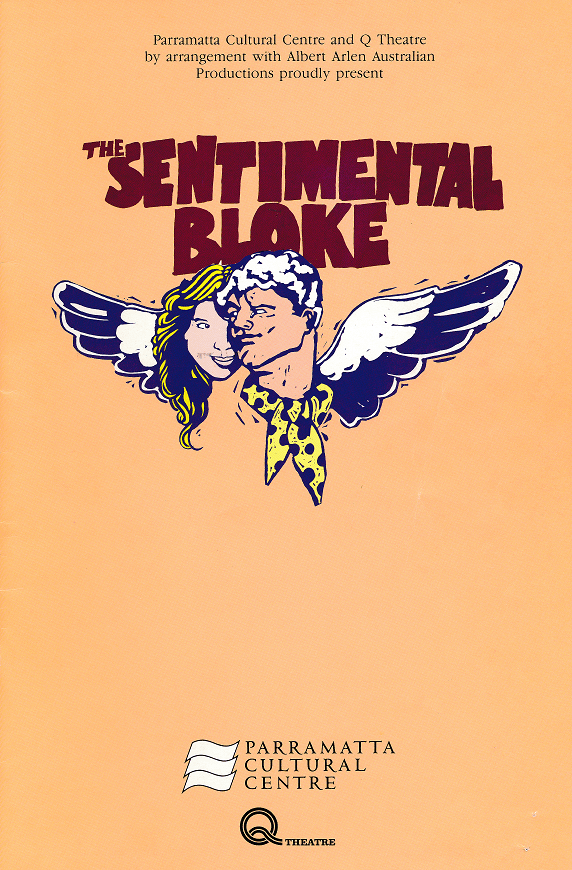 There was considerable excitement and momentum following the opening of the Cultural Centre, and a number of well-received and popular productions were staged.

However, as the 1990s progressed, the centre underwent a period of uncertainty, with newspapers at the time reporting concern with regard to declining attendances and increasing debts[10]. In response, an Arts consultancy review and report was commissioned by Parramatta City Council in 1997.[11]

The start of the new Millennium saw a successful resurgence of the Riverside Theatres, and in November 2000 the well-respected performing arts professional Robert Love was appointed Director. The introduction of new programming and the establishment of successful partnerships, most notably with the Sydney Festival, saw a revival in the popularity and reputation of the centre. By 2003, Riverside Theatres was being proclaimed as the place to be “for theatre goers wanting to see top shows”.[12]

In January 2017, Robert Love was awarded a Member (AM) in the General Division of the Order of Australia for “significant service to the performing arts, particularly in Western Sydney, as an administrator, and as a supporter of independent artists”.[13] 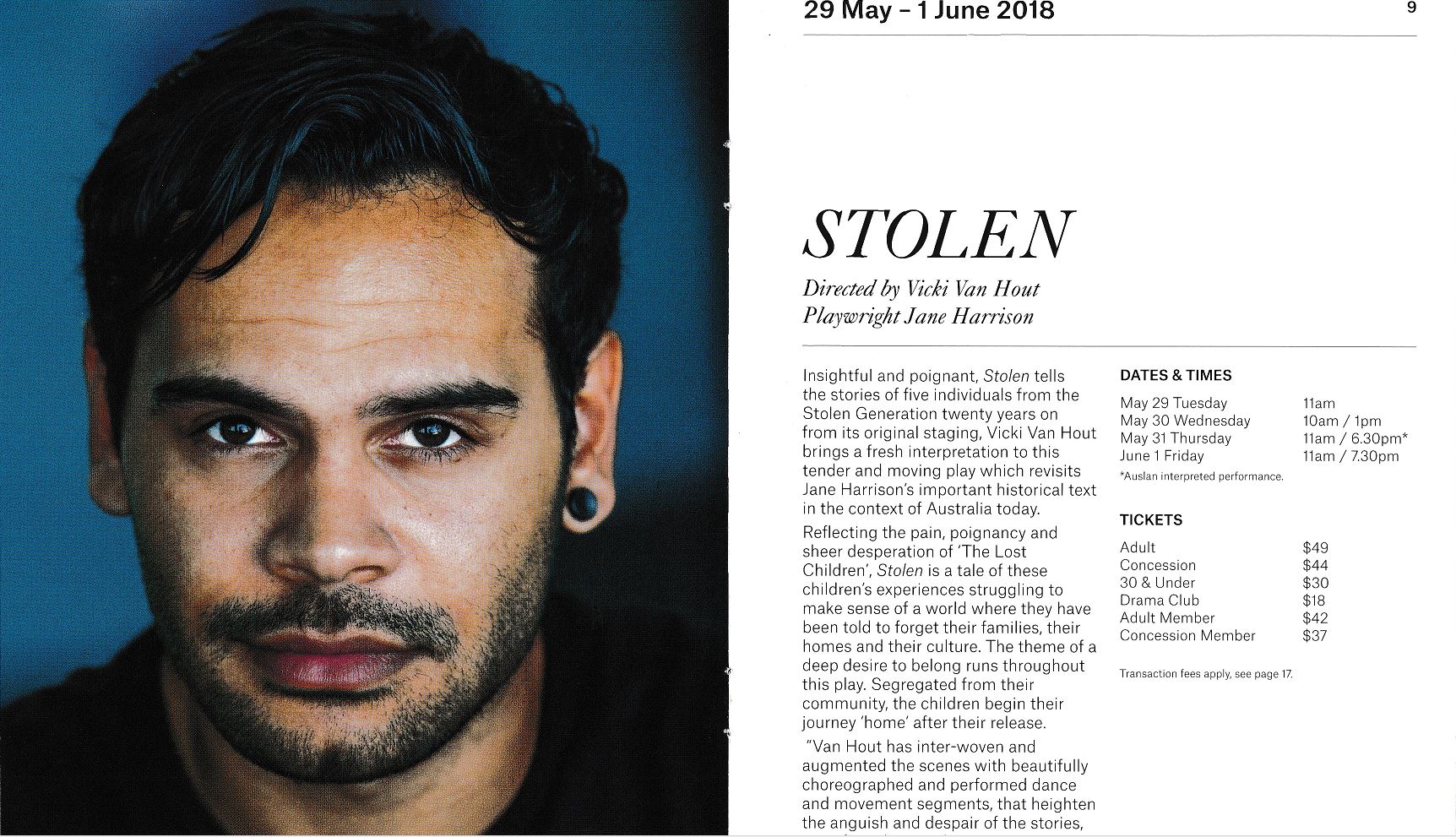 Details of ‘Stolen’, a production being staged at Riverside Theatres in 2018. Source: National Theatre of Parramatta brochure, 2017

The Riverside Theatres has also supported the development of new organisations including FORM Dance Project, Beyond the Square and Dance Makers Collective.

In 2015, the National Theatre of Parramatta, Riverside Theatres’ resident professional company was launched. The company is creating work in Western Sydney that resonates with and reflects the community.[15]

Riverside itself continues to be supported by an engaged and dedicated group of community volunteers, the ‘Friends’. 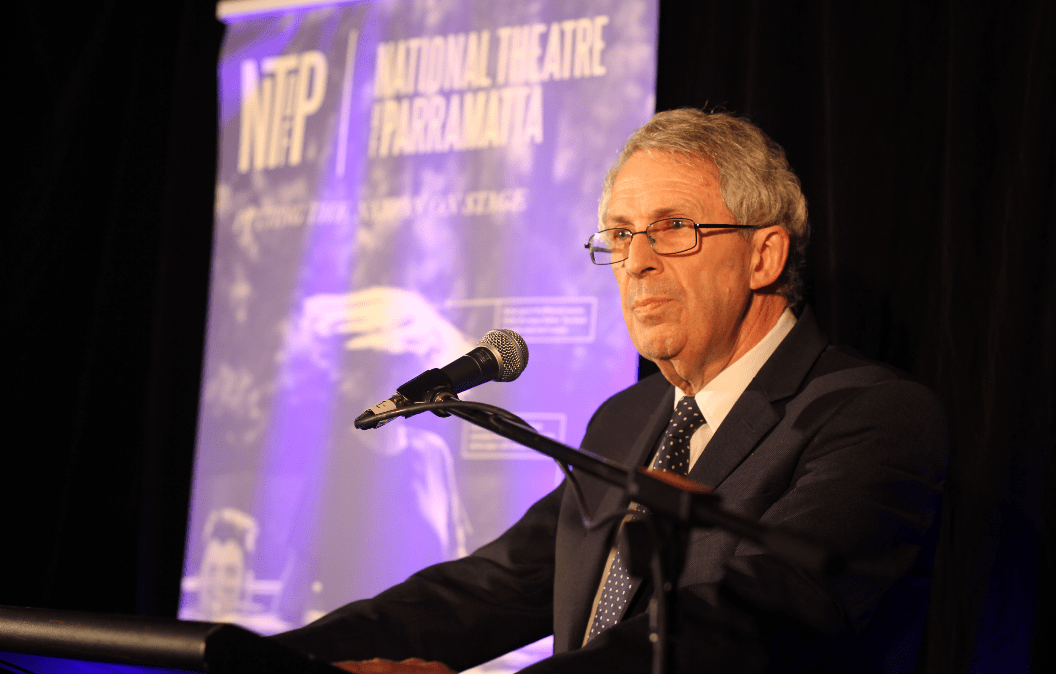 Robert Love AM announces the launch of the National Theatre of Parramatta, 2015. Source: Riverside Theatres website

Over coming years, Riverside Theatres aims to reimagine and develop into a new cultural venue which, while retaining it’s valued core identity,“creates more possibilities for audiences, artists and communities to share and participate in the cultural life of our City”[16].

This revitalisation will follow the continuum of the site as a place for gathering by the river for recreation, connecting with community, and creating and sharing stories. 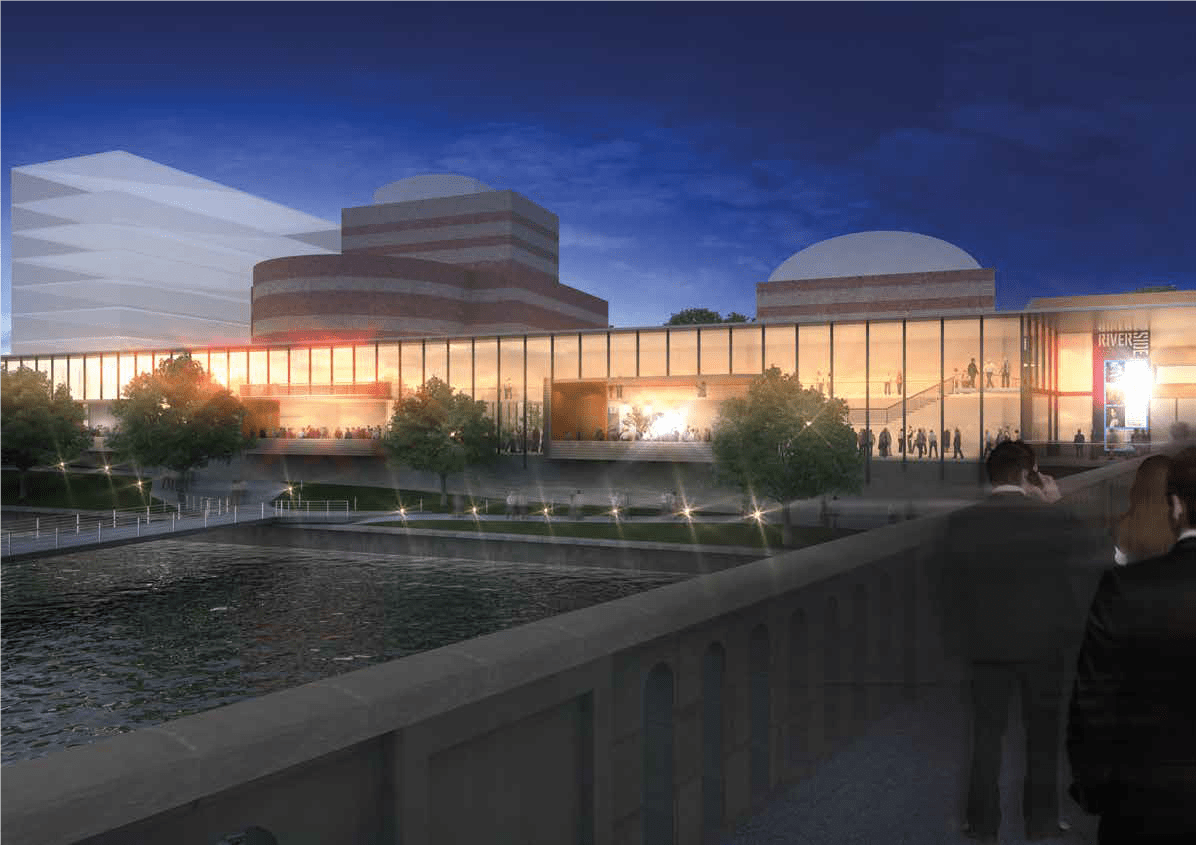 Artist’s impression of the redeveloped Riverside Theatres. Source: City of Parramatta Council. (2017). ‘Culture and our City: A Cultural Plan for Parramatta’s CBD: 2017-2022