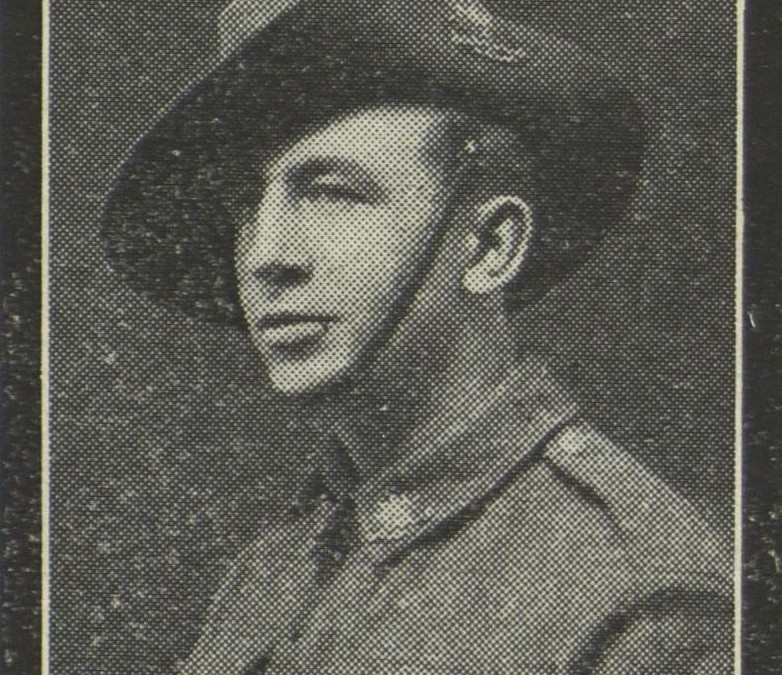 A soldier, yes, a hero too.
He played a man’s part through and through.
His actions speak though his voice is still
Forget him, no, we never will
– as inserted by his old pals, G. Whitworth and W. Nobel, [of Blaxcell-street Granville] (late of A.I.F.) in the Cumberland Argus

Private Arthur Chrispor/Chrispen/Christopher/Chrispin/Chrispar Hazel embarked on 30 December 1915 aboard HMAT Medic A7 from Sydney.

He was a 24 years and 5 months old iron merchant at Clyde Engineering Company and the only surviving son of Sarah Hazel (nee Bates) (1855-1933) and the late John Chrispen (1846-1900) of “Coo-ee”, Elizabeth Street, Granville, New South Wales. Nine years earlier his only older brother Ernest Hazel (1885-1906) died in a fatal horse riding accident near Gundagai.

Arthur served with the 3 Battalion and later was promoted to Sergeant. He was wounded in action near Strazeele, France on 22 June 1918 and died on 27 June 1918 at the 2nd Australian Casualty Clearing Station, France, aged 27. He is buried in the Longuenesse (St Omer) Souvenir Cemetery, France. He was survived by his widowed mother and sister Edith Ironmonger (nee Hazel).