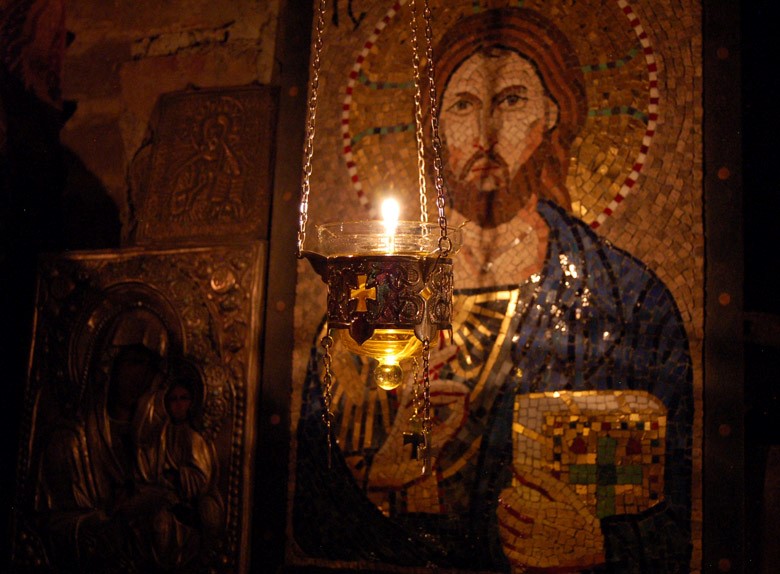 What is the Orthodox Church?

The Orthodox stream of Christianity developed from the church’s spread across the eastern Roman, or Byzantine, empire in the first few centuries after Jesus. It was influenced more by Greek culture and language than Roman.

Over the centuries relations between the two power bases – Constantinople and Rome – grew more tense over political and theological differences.

In 1054, the Great Schism occurred, resulting from disagreements over the Roman Pope’s claim to supremacy and the doctrine of the Holy Spirit – led to the split between the Eastern Church (centred in Constantinople, now Istanbul) and the Western Church (centered in Rome).

There are around 200 million adherents of Eastern Orthodoxy world-wide. With over 563,000 in Australia.

The first Orthodox Church in Australia was established in 1898 in Sydney. This was organised by joint efforts of people of various Orthodox backgrounds.

In 1924, a Greek Orthodox diocese was established by the Patriarch of Constantinople. As a result of European immigration post World War II, there was a significant increase in the numbers of Greek Orthodox Australians. Then Russian Orthodox began arriving in Australia following the Russo-Japanese war early in the 20th Century and the Russian Revolution.

The first permanent Russian Orthodox priest arrived in 1922 and the first church was built in Brisbane in 1926. Serbian, Macedonian and Ukrainian Orthodox Churches were all established in Australia following World War II. [1]

There are four Orthodox churches in the Parramatta Council area:

Death Rituals of the Orthodox Church

First Panikhida
Immediately after death, a unique memorial service, or vigil called the “First Pannikhida” is celebrated. After this, the body is washed and clothed for burial. Traditionally, this act of love is performed by the family and friends of the deceased.

A hymn laden strip of paper (Crown), icons of Christ and Saints and crosses are placed on the deceased head and hands. The service, Panikhida is composed of Psalms, litanies, hymns and prayers.

After the clothing of the deceased, the priest sprinkles the coffin with holy water on all four sides, and the deceased is placed in the coffin. Then the wake begins immediately. The Trisagion Hymn is also sung over the time of the vigil. This happens throughout the night until the body goes to the church.

In Orthodox families, the person who has died will be laid out in their home for three days, while the family makes funeral arrangements and pays their respects. In the past, people were usually laid on the dining table, but now many people choose a casket. [2] [4]

In some Orthodox households, there will be an icon corner. This includes pictures of saints, icons and candles.

According to Orthodox funeral traditions, the person should be laid out so that their head is the part of their body which lies closest to the icon corner. 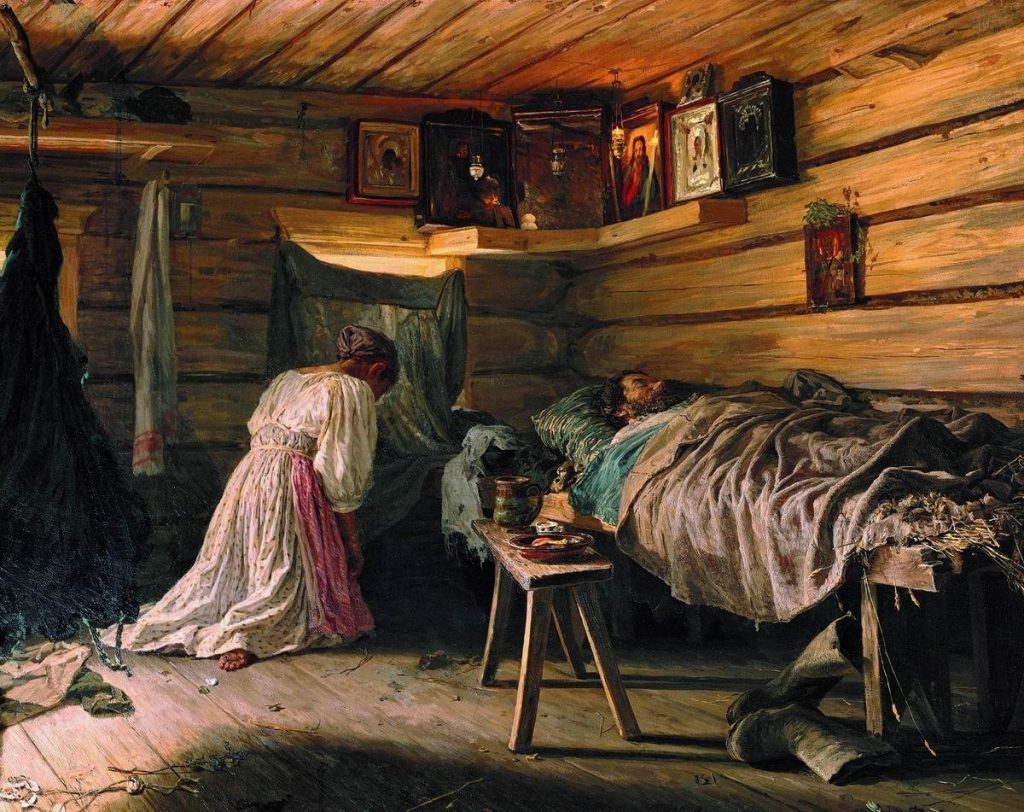 The Body goes to the Church
After a final Panikhida at the house of the deceased, the body is brought to the church. There is a procession headed by the cross and banners. The priest walks in front of the coffin with the censer. During the procession all sing the Trisagion.

Once the procession arrives at the church, the coffin is placed either in the centre of the nave.

The priest censes around the coffin and begins a Panikhida. The reading of the Psalter continues until the beginning of the services. The lid of the coffin is left at the outside door of the church so those who wish to enter can

The Orthodox Funeral
Orthodox funerals can contain readings from scripture, hymns and the Psalms. Psalm 118 is a common choice for Orthodox funeral services and begins with the words:

“Give thanks to the Lord, for he is good; his love endures forever.”

During the funeral service, the mourners circle the open coffin in an anti-clockwise direction, taking the time to kiss the person who has died, or lay flowers upon them. The priest may sprinkle soil and holy oil into the coffin. Then pulling up the person’s burial shroud to cover them.

The Last Kiss
This is a symbolic farewell is taken of the deceased by a “last kiss”, during which the faithful come forward and place a last kiss to the departed. They will kiss the phylactery, the paper inscribed with a holy hymn on the deceased’s forehead and the icon or cross in his hand.

The priest or a choir will sing hymns to give feeling to the mourners who are working through their grief.

After the last kiss, the choir chants, “Memory Eternal” three times, If the deceased has a shroud, it is pulled over the face of the deceased. The coffin is closed.

Symbols used in the Funeral Service.

CANDLES: Reflect the light which Christ has brought into the world through his Gospel which will guide both the living and the dead until the end of the world.

INCENSE is as an offering to God in behalf of the soul of the departed.

AN ICON OF JESUS, A CROSS OR A BIBLE:  Is laid on the chest of the deceased as a symbol of his faith in Jesus Christ who has re­deemed his soul.

WINE AND OIL can be poured over the body; the wine” symbolizes the blood which circulates in our veins and the oil, the announcement of the ‘resurrection.

EARTH that is scattered over the casket in the sign of the cross and • symbolizes that man is earth and will return to earth.

ASHES from the censer are emptied into the grave as a reminder that man is “earth and ashes.” [6]

To the Cemetery
Bells are tolled as the body leaves the Church. Striking the bells from the smallest to the largest symbolizes the stages of a person’s life from birth to death; the final striking of all the bells together symbolizes the end of this earthly life.

Most holy Trinity, have mercy on us. Lord, cleanse us from our sins. O Master, pardon our transgressions. O Holy One, visit and heal our infirmities for Thy name’s sake

At the Graveside
Upon arriving at the grave, the Panikhida is chanted again.

The coffin may be sealed with nails. Traditionally there are four nails, reminiscent of the nails with which Christ was affixed to the Cross.

Words are said by the priest and then family and friends place handfuls of dirt on the coffin.

Open wide, O earth, and receive him (her) that was fashioned from thee by the hand of God aforetime, and who returneth again unto Thee that gave him (her) birth. That which was made according to his image the Creator hath received unto himself; do thou receive back that which is thine own.

Pominki: After the funeral.
There is a reception after the traditional Orthodox funeral service. Either at home or at the cemetery. Food and drink is offered to mourners at a meal called a pominki. Traditional foods served at this gathering include a type of pancake called blini, fish pie and Kolyva, a dish made of wheat and fruit.

It is here where friends and family gather to celebrate the life of the deceased with food and drink and memories. Because the departed will find a place in heaven and it is a new life for them. 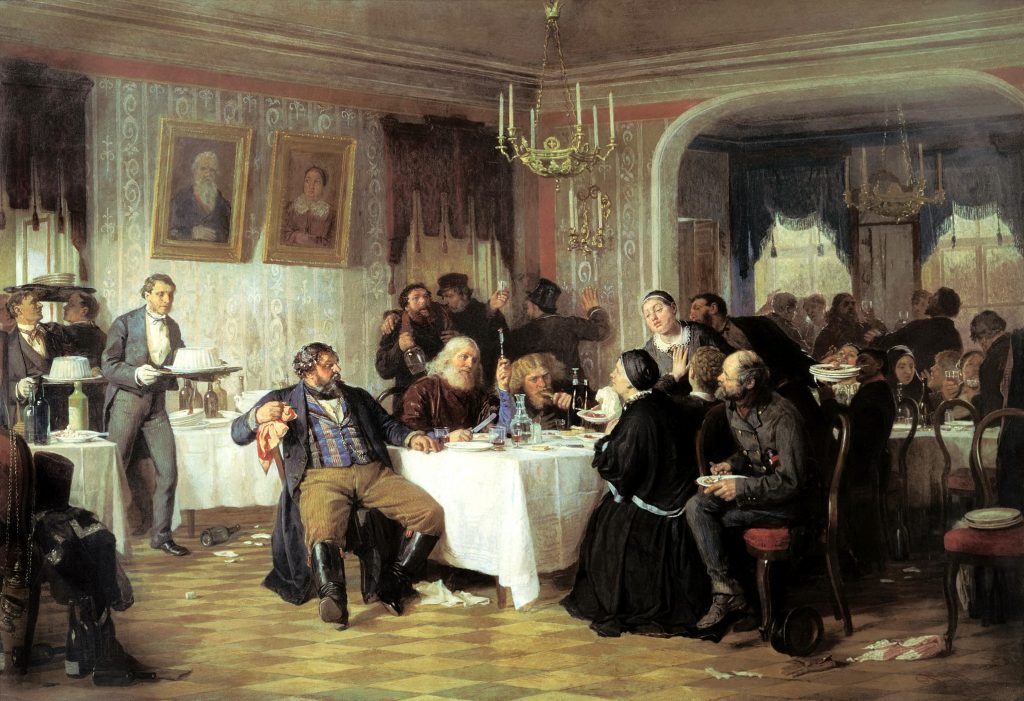 Koliva
Koliva is a dish based on boiled wheat that is used liturgically in the Eastern Orthodox Church for commemorations of the dead. It is made with wheat kernels and other ingredients such as sesame seeds, almonds, ground walnuts, cinnamon, sugar, pomegranate seeds, raisins, anise and parsley. Orthodox Christians consider koliva to be the symbolic of death and resurrection.

Wheat which is planted and grows to new life is symbolic of those beloved departed who have died in the hope of resurrection and is connected to scripture.

Most assuredly, I say to you, unless a grain of wheat falls into the ground and dies, it remains alone; but if it dies, it produces much grain. (John 12:24). [5] 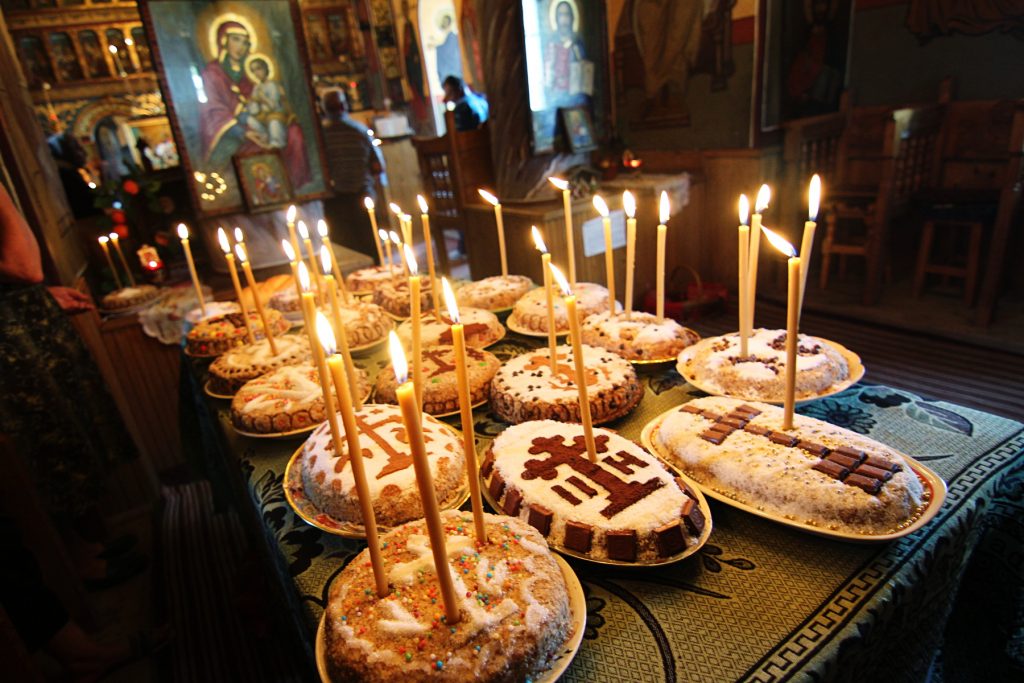 40th Day of Mourning.
The 40th Day concludes the 40-day memorial period and has a major significance in traditions of Eastern Orthodox. It is believed that the soul of the departed remains wandering on Earth during the 40-day period, coming back home, visiting places the departed has lived in as well as their fresh grave.

The family gathers on the 40th Day inviting those who wish to remember the departed visiting the grave and the church and having a memorial meal at the house. The church serves the 40th Day panihida with prayers comforting the living and reminding the living of the brevity of life.

The saying of the day is:

[1] Assembly of Canonical Orthodox Bishops of Oceania (no date). Orthodoxy in Oceania. Retrieved 20 September 2018 from http://www.orthodox.net.au/en/orthodox-australia.