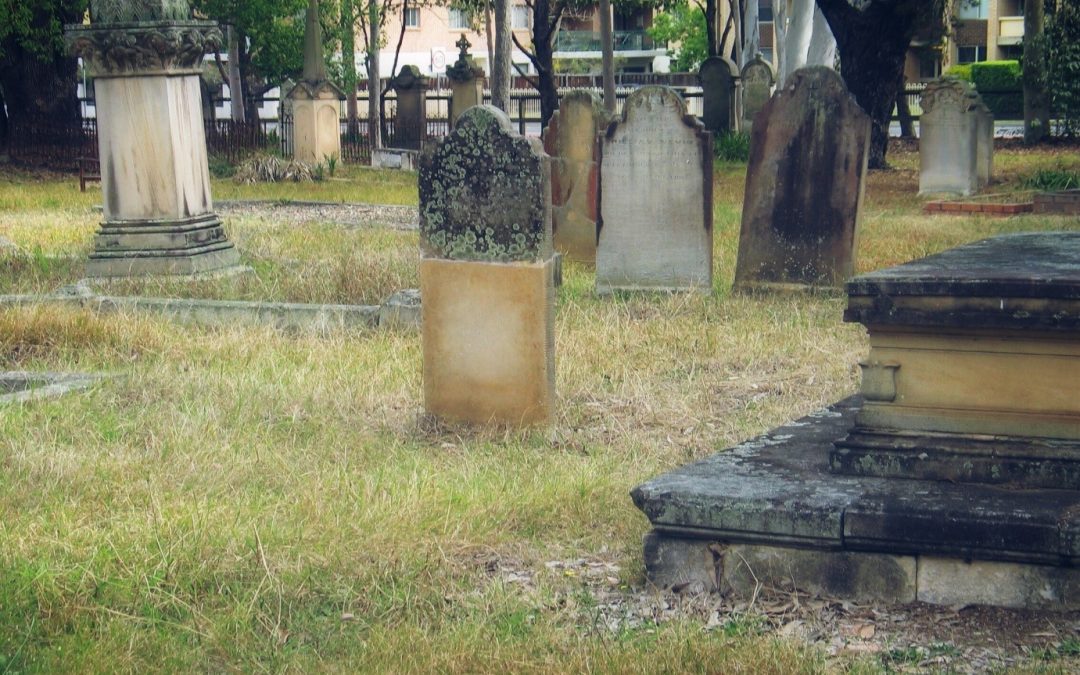 The Catholic Church, also known as the Roman Catholic Church, was founded by Jesus Christ. It is the largest Christian Church in the world and one of the most important institutions in the history of Western civilization.

The Catholic Church shared communion with the Orthodox Christian Church until the East-West Schism in 1054. Catholic was first used to describe the church in the early second century, and Christianity became the official religion of the Roman Empire in 380 AD.

St. Patrick’s Roman Catholic Cemetery, on Church Street and Pennant Hills Road, Parramatta, is Australia’s oldest undisturbed Catholic cemetery. The earliest headstones date from the 1820s, and the cemetery contains approximately 2000 graves. As a place of burial that separated Catholics from the early Protestant establishment, this cemetery marks a significant milestone in the development and growth of the Catholic community in Australia. [1]

Catholics believe that through the suffering of Christ leading to his crucifixion and resurrection, he became the firstborn from the dead. By following Christ’s words and deeds, an individual can also enter heaven. It is also believed that:

Heaven is a state of eternal union with God.

Purgatory is a temporary condition where souls cannot immediately enter heaven, but can be prayed for.

Final damnation is for those who do not repent before death and are condemned to hell for eternity. 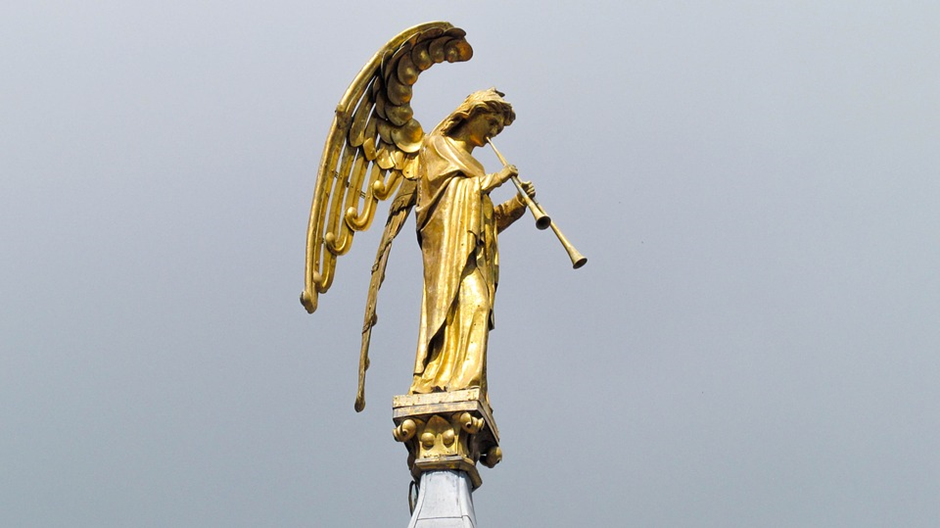 The first stage of the Catholic Funeral Rite is the Vigil Service (Wake). The Vigil Service usually takes place at home or at the funeral home, usually the night before the funeral. It is a time for reflection and for family and friends to share stories and reflections, and to offer eulogies on the life of the deceased. Eulogies in the Catholic tradition take place at the Vigil rather than at the Funeral Mass. The Vigil also focuses on readings from the sacred scripture and songs, psalms, and prayers.  Different Catholic cultures have different customs for the night before the funeral. Some visit the home of the close relatives of the person who died, whilst some choose to go to a funeral home. There they will view the body and pray. Some pray the rosary in the funeral home.

The second stage of the Catholic Funeral Rite is the Funeral Liturgy at a Mass. The Funeral Liturgy is where family and friends gather in church to commend the deceased to God’s mercy. All Catholics are buried with a Mass. The Funeral Mass is held in a church, and is a very formal process. The body must be present and the casket is covered in a pall, which is a white embroidered linen. Vigil candles are placed at the casket, and flowers placed at the altar. There will be prayer card stands and often a funeral booklet. The casket is blessed with holy water, and the service will include prayers, Scripture Readings, a Homily, Prayers of Intercession, Concluding Rite and Eulogies. Communion is given and incense is used to add to the importance of the Mass. If the body is to be buried, the funeral employees and family of the deceased lead the procession to the burial site.

The third stage of the Catholic Funeral Rite is the Rite of Committal also called the Burial or Interment. This is the conclusion of the Funeral Rite. It is celebrated beside the open grave or place of interment. The burial immediately follows the funeral, unless there are exceptional circumstances. In some cases, families do not have a Funeral Mass in church and only choose a graveside service. If this is the choice, a shorter funeral service is held. The Burial or Rite of Committal includes a short Scriptural Verse, the Prayer of Committal, the Lord’s Prayer and a blessing. The prayers are brief. The body is then lowered in the grave following the Prayer of Committal or at the end of the Burial Rite. The Catholic Church maintains only those who have been baptised are able to have a Catholic burial. [2]

Cremation has only been allowed by the Catholic Church since 1963. Cremation takes place after the Mass. The cremated remains or cremains must be buried or entombed in sacred grounds. The remains cannot be scattered, buried on private land, stored at home or displayed in any way. The preference is for the remnants of the bones to be stored in a sacred place such as a cemetery. This maintains the same respect and dignity with which buried corporeal remains are treated. These rules ensure that families and friends will always have a sacred place to visit their deceased loved ones.

It was only after The Second Ecumenical Vatican Council in 1962 (also known as Vatican II) that the Catholic ban on cremation was removed. This had long been a concern for Catholics as issues such as shortage of land for cemeteries, public hygiene, costs and environmental concerns continued to grow. The Catholic Church continues to look at new forms of burial technology such as “green” burials. All Catholic burials must maintain respect for the human body in accordance with Catholic doctrine.

The controversy surrounding cremation has a long history. Early Christians adopted the Jewish practice of burying their dead with respect, even their poorest people, as opposed to the normal Roman practice of cremation and disposing of their poorest in large pits far away from the city walls. The Christian burial was a way of following in Jesus’ footsteps on his path to burial and resurrection. As a result, the church prohibited cremation as it was seen as an act of disrespect and disbelief in the resurrection of the body. Only extreme emergencies such as during the Black Death, were individuals exempted. [3]

Another major change in the perception of death in Catholic doctrine after Vatican II included priests’ vestments and the funeral pall increasingly changing from black to white to celebrate the promise of resurrection rather than the finality of death. This helped place more emphasis on celebrating life and the journey from death to heaven rather than judgment and hell. Also, Latin was replaced as the major language in Mass by the language people speak in everyday life.

Funerals and burials are significant as these rituals help provide an opportunity to share the burden of grief. They help mourners find meaning and develop strategies to cope with the mystery of death. The process also connects people to past generations and their cultural history. Without burials and funerals people cannot complete their grieving process.

[3] Defenders of the Catholic Faith. (2018, May15). A Quick Reply to Question about Cremation and Scattering the Ashes. Retrieved 4 October 2018 from  https://www.catholicconvert.com/blog/2018/05/15/a-quick-reply-to-question-about-cremation-and-scattering-the-ashes/