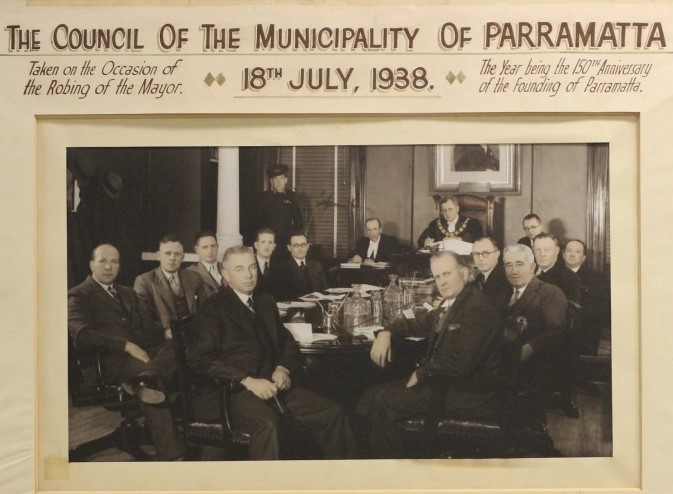 It is reasonably common for Mayors and Lord Mayors in Australia to adopt the tradition of wearing the robes of office on special occasions such as formal functions, Council meetings and Citizenship ceremonies.

An English tradition dating back to the 1300s, it is still in use throughout the Commonwealth as well as a select number of other countries. Initially adopted when Mayors were responsible for law and order in their civic districts, the robes served as a symbol of authority.

Local Government in Australia has adopted this tradition, however it isn’t consistently implemented across all councils. They are typically worn over normal clothes when on official duties. The regalia generally consists of a set of robes, chains of office and a hat.

In Parramatta, each Mayor decides the extent to which they will wear the robes and chains of office. Over the course of Council’s history, some Mayors never wore the regalia while in office while others wore them on a regular basis.

The first set of robes were purchased in 1938 ahead of the city’s 150th anniversary celebrations. The robes were worn for the first time at the Council meeting of 18 July 1938 by Mayor WJ Irwin. 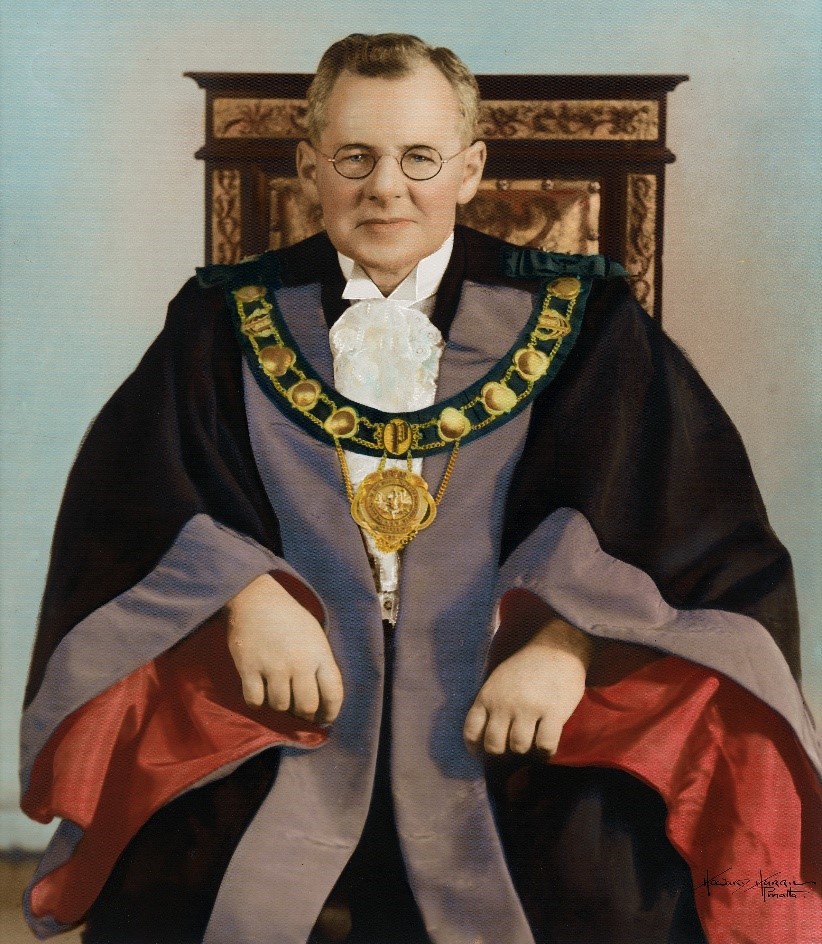 There is no standard colour for mayoral robes but some common colours are black, purple, blue, red and gold. They can be lined in silk and trimmed in velvet, fur or mock fur. Sometimes they are worn with a lace fall or jabot, and a hat. In England the hat is an integral part of the regalia. The hat can be bicorne or tricorne with some form of gold embellishment and feathers.

It appears the second set of Parramatta Mayoral robes was purchased in 1967 from Ede and Ravenscroft Limited, Robemakers of London and the chain of office was made by Angus and Coote, Sydney. The robes were red with a black facing and trimmed with fur. These were worn with a lace jabot.

Mayor Alan Hyam is seen wearing these robes and chain of office before the position of Mayor was raised to Lord Mayor for the city’s bicentennial celebrations in 1988. He can be seen in the adjoining photo as Lord Mayor wearing a new set of robes and chains. 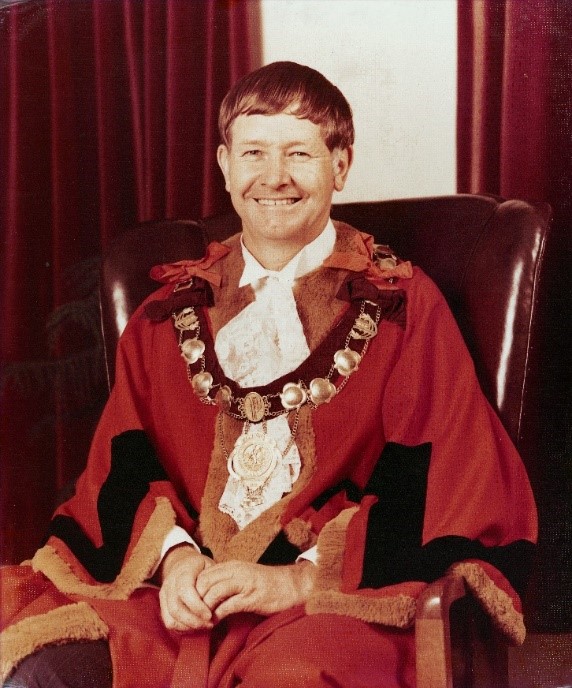 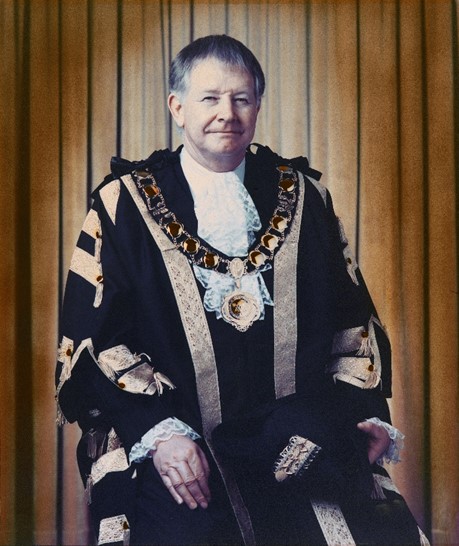 The current set of Lord Mayoral robes are black with purple facing and red lining and seem to be based on the original set purchased in 1938. A black tricorne furfelt hat with gold braid and black ostrich feathers was purchased in 2018.

The current Lord Mayor Andrew Wilson can be seen here wearing the robes and chains of office. These chains have been in use since 1989. 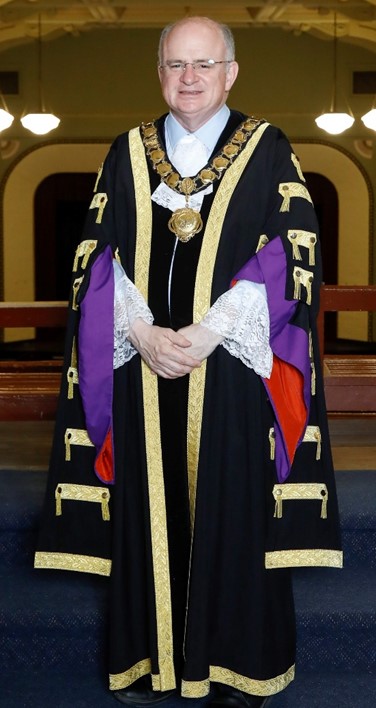