New Acquisition – An etching of The Woolpack Inn 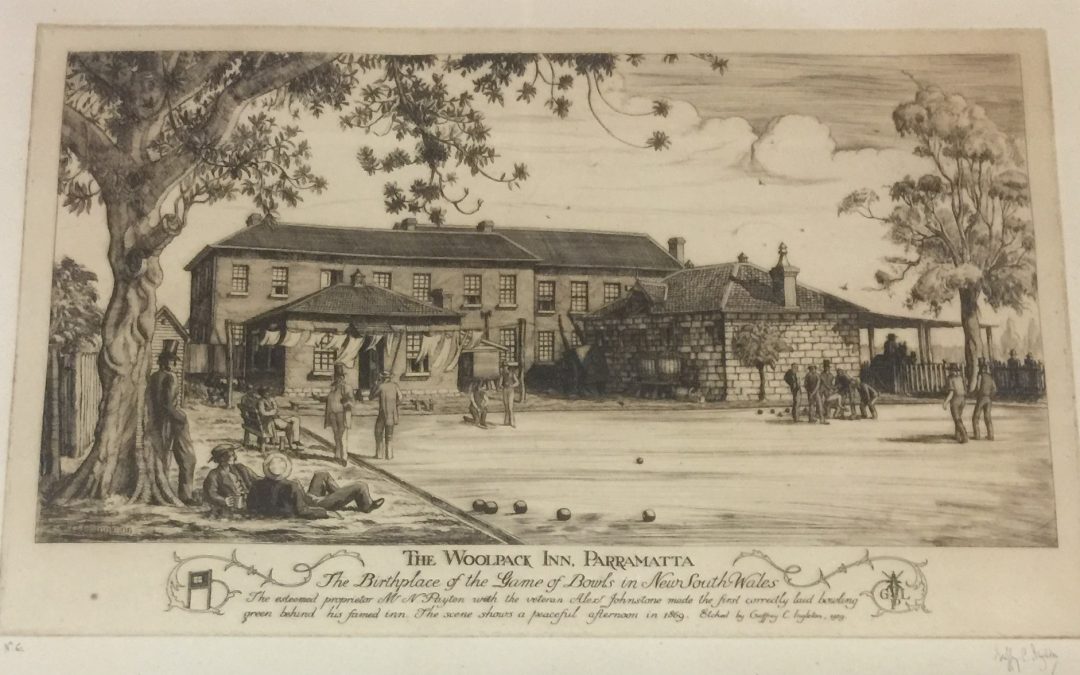 This etching was completed in 1939 by Geoffrey C Ingleton who was a well-known naval historian, writer, cartographer, amateur artist and craftsman who moved to Parramatta during the Second World War.

The family lived in The Grange at 20 The Park, Parramatta. Ingleton was born in Bairnsdale Victoria in 1908 and died in 1998 aged 89 years. He entered the Royal Australian Naval College at the age of 13 and pursued a naval career. His navel career was relatively short as his real interests were maritime history, art and Australian colonial life. Ingleton undertook training with the well-known art teacher, John Barclay Godson in Sydney.[1] His works are based on very thorough research mostly gleaned from his private collection of rare books, maps, paintings and manuscripts on early Australia. The Navel Historical Society of Australia reports that his etchings and portrayals of early Sydney life were grounded in exhaustive research and knowledge.[2] 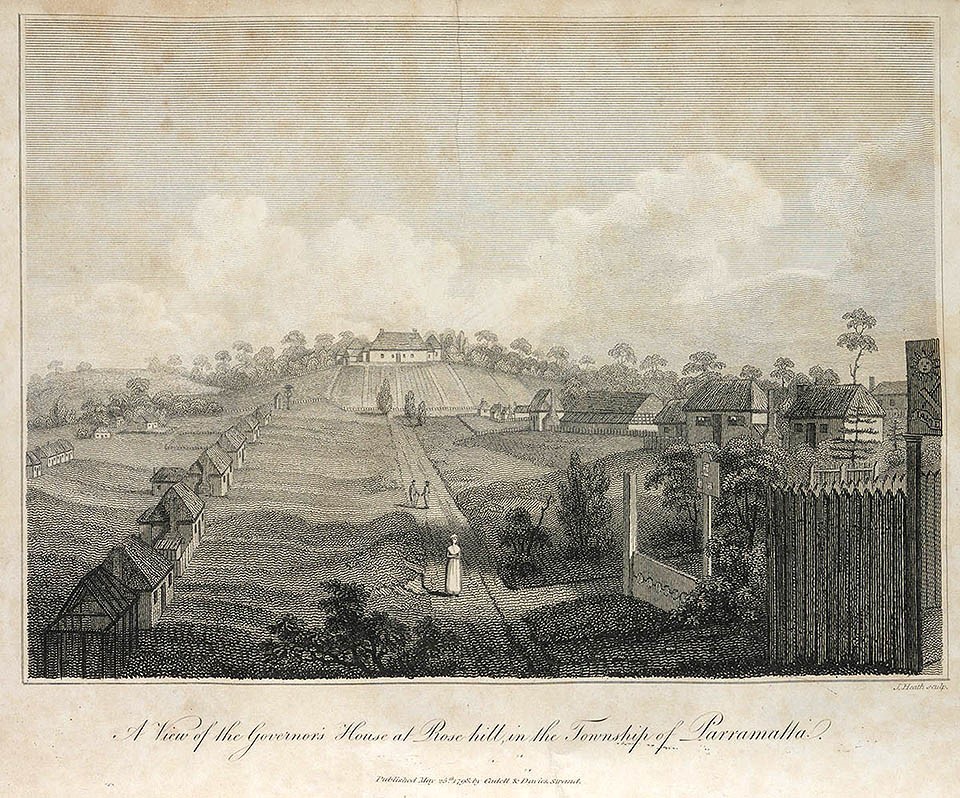 The original location of the Woolpack Inn can be seen in the above etching by James Heath published in 1798. It is a view of the early High Street with the Governor’s House at the top centre. In the foreground, middle right can be seen a small sign displaying two masonic symbols – the sun and a corner of the masonic square and compass. This denotes the location of an inn called the Mason’s Arms whose publican was James Larra (1749-1839), a convict from a distinguished Hispano-Jewish family. The name of the inn was later changed to the Freemasons’ Arms before being purchased by Andrew Nash in 1821. Nash changed the name to the Woolpack and built on its already well-regarded reputation to become one of Parramatta’s most well regarded inns.

Local historian, John McClymont noted that the Woolpack, along with the Red Cow Inn, became stylish provincial houses to service the gentry and provide a venue for important meetings or social events. Geographically it was in an ideal location as traffic coming in and out of Sydney came through Parramatta. As well as hosting meetings among the prosperous men of the area, the Woolpack held shows by travelling performers and provided a home-away-from home for ‘well-to-do settlers, and squatters who left horses, servants and families there while they conducted business in Sydney.’ [3]

In 1865 Nathaniel Payten Jnr was the proprietor of the Woolpack Inn and was responsible for introducing the first lawn bowling competition in Parramatta on the back lawn of the Woolpack. According to John P Monroe in his book, The Origin of Bowls in NSW:

Alexander Johnstone, of Parramatta, had a set of bowls made by Thomas Eades, of Parramatta in the 1860s, and he played with them in a paddock at Elizabeth Farm. Later on he persuaded Nathanial Payten Jnr, of the Woolpack Inn Parramatta, to put down a small green in the grounds of that hostelry. In 1869 three rinks were in use, and in the following year the Woolpack Club was formed. The Rosehill Club was formed in 1880. The Woolpack Club existed until 1880 when it was absorbed by the Rosehill (afterwards the Parramatta) Bowling Club. [4]

Payten sold the Woolpack Inn in 1879 which kept operating until 1887 when it was purchased by the Government for the construction of a new Parramatta courthouse. In 1889, the Woolpack reopened on its current site which was across the road from the original location. This site, where it still stands today, was originally the home of James Elders, built in 1821.