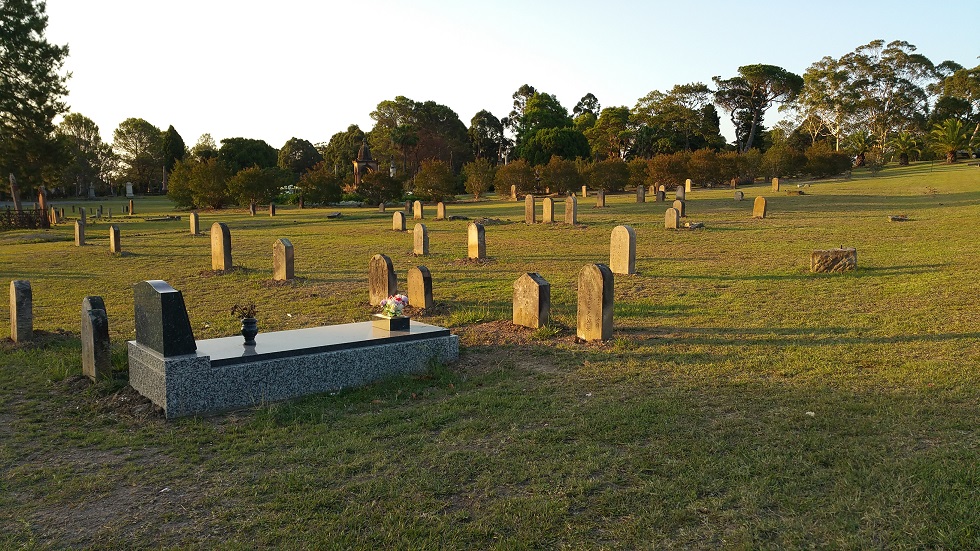 This year for History Week 2018, the theme was ‘Life and Death’, celebrating the monumental milestones of a person’s life. One area we looked at was Chinese death rites. The Chinese culture is rich in customs, traditions and superstitions.There is a is a strong belief in life after death and spirits. Death is seen as not the end, but only a metamorphosis – the beginning of another life. Thus the need for ancestor veneration, that is, paying respect to one’s ancestors through setting up ancestor altars and shrines at home as well as visiting graves on certain occasions based on the Chinese lunar calendar to worship as an act of filial piety (孝子 xiào zi).

There is a Chinese proverb that says “To forget one’s ancestors is to be a brook without a source, a tree without a root.”

Every year, there are many Chinese festivals associated with death. Those commonly practiced by the Chinese community today include:

Death especially funeral and burial customs vary among the Chinese people. There are currently 56 ethnic groups officially recognised by the Chinese government, thus ethnicity and location – where the person died (in China or overseas) and where regionally the deceased’s home or ancestor village is from are elements that dictate death rituals. For example, the Southern Chinese from regions such as Guangzhou Zhou or Canton will practice reburials whereas Northern Chinese will omit this practice. Cause of death, age and marital status of the deceased, his/her wealth, status and position in society, religious faith and family wishes are all important factors that influence how contemporary Chinese people may carry out funeral and burial proceedings. A geomancer, feng shui and Chinese almanac may also be consulted during the process.

It is believed that improper funeral arrangements can wreak ill fortune and disaster upon the family of the deceased.

Chinese funeral rituals comprise a set of traditions broadly associated with Chinese folk religion, that blends elements from Confucianism, Taoism, Buddhism, and shamanistic beliefs. Confucianism provides the moral code or ethics of behaviour found in its authoritative books known as the Four Books and Five Classics (四書五經 Sìshū wǔjīng) which includes the Book of Rites (禮經 Liji) written before 300 B.C. in China. Taoism is considered both a religion and philosophy emphasizing the independence of the individual and connection to natural forces of life; and Buddhism contains the rituals of the spiritual life (Penson, 2004; Picton & Hughes, 1998). 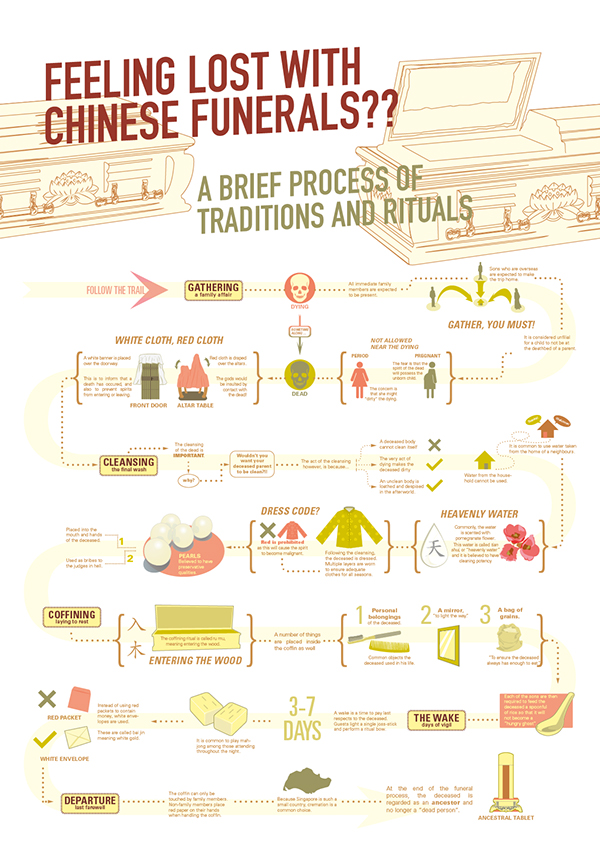 Traditionally, inhumation or burial in the ground is very common. However, when Mao Zedong came into power and formed the People’s Republic of China in 1949, cremation and memorial meetings were made the norm to replace the traditional funeral rites which was branded as “feudal superstition” and burials a waste of arable land while coffins a waste of wood during Maos’ era. Today China has one of the highest cremation rates in the world. Other than inhumation and cremation, “water burial”, “open burial” and “hanging-coffin burial” were also practiced in ancient China and due to overcrowding, eco-friendly burial practices are gaining traction.

Falling Leaves Return to their Roots

The death of a Chinese person while overseas complicated the natural order of death ritual and worship. During colonial periods, many Chinese, like ‘falling leaves’ returned or tried to return to their roots in China before death. However, if they died overseas, extraordinary measures were taken to bury the Chinese in an appropriate manner that closely followed a traditional Chinese funeral which also accommodated the host culture. Commonly many Chinese were buried in foreign soil for about 7 years before their bodies were exhumed and their bones placed in urns for reburial in their home village in China. One physical manifestation of these activities is exhibited in Chinese cemeteries and burials throughout the world as shown in the photo from the top of the old Chinese section of Rookwood Cemetery near Lidcombe train station. The emptiness is a result of many graves being exhumed and subsequently sent back to China. We know this based on records in the archives, newspaper accounts published, and oral histories/family legends. Tombstones, ritual burners, altars and artefacts help document the lives of the overseas Chinese.

Changes in funeral and burial practices can also be seen throughout the history of China starting with the Imperial family and down to the common person. Temples and shrines are built to worship the dead to show filial piety.