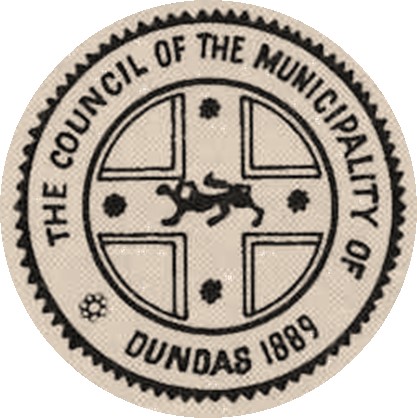 The Council of the Municipality of Dundas 1889 crest.

The Municipality of Dundas was initially proclaimed as the “Borough of Dundas” on 23 March 1889 by the Governor of New South Wales, Lord Charles Robert Wynn-Carrington. The first Dundas council comprised of nine Aldermen elected on 18 May 1889. They included Joseph Franks, Jeffry Grime and William Midson of Carlingford, James Fulford and George Adamson of Ermington Alexander Eyles, George Spurway and James Sonter of Field of Mars, and John Ryan of Rydalmere. Their first official council meeting was held at Rydalmere Hall, Rydalmere N.S.W. on 22 May 1889 where James Fulford (1841-1922) was elected the first mayor. Following a petition, on 30 December 1889, the borough was divided into three wards: North Ward, Central Ward and South Ward. 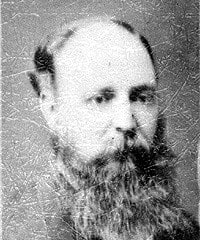 On the evening of Friday 26 September 1890, Dundas Town Hall officially opened. It was located at 156 Marsden Road, Dundas, N.S.W. About 500 people attended the opening. In time, significant modifications to the building were made including an addition in the 1900s and another addition on Marsden Road in 1938. In 2003, the building was converted into townhouses. 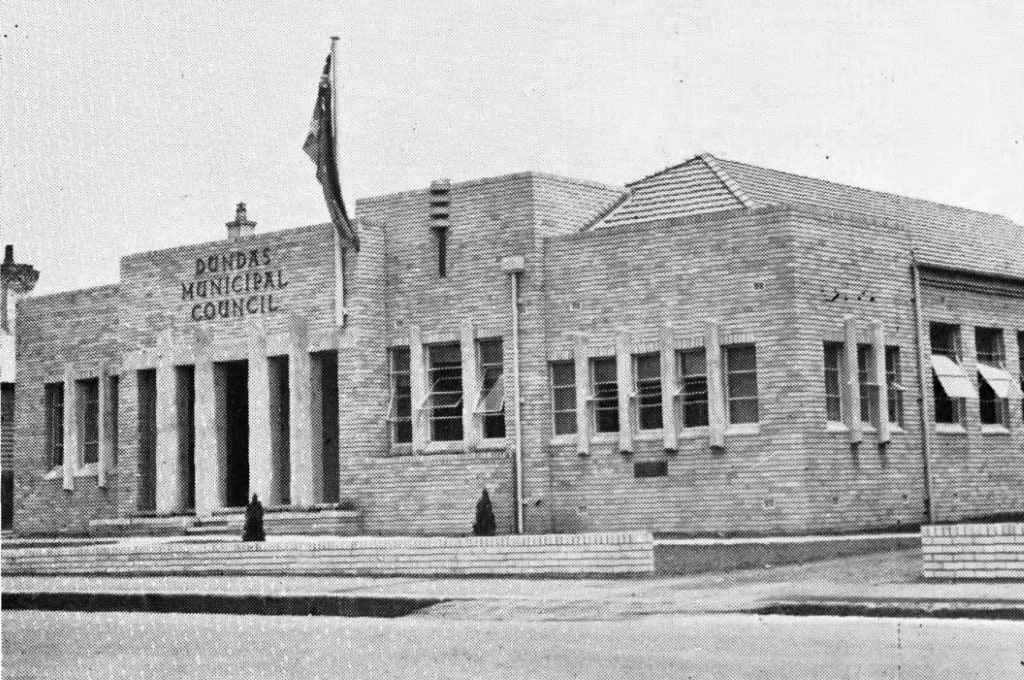 Municipality of Ermington and Rydalmere Council

In early 1891, prevailing dissatisfaction with Dundas Council at Ermington and Rydalmere led to 94 residents of the South Ward submitting a petition to the Colonial Secretary’s Department requesting the separation of southern part of the municipality. Thus, the “Municipal District of Ermington and Rydalmere” was proclaimed on 18 June 1891. The separation also led to the reconstitution of Dundas, which was proclaimed as East Ward and West Ward with a total of six aldermen on the same day.

On 6 June 1902, the Dundas council wards were rearranged into three wards with the addition of the Central Ward adding three aldermen to the number from February 1903. From 28 December 1906, following the passing of the Local Government Act 1906, the council was renamed as the “Municipality of Dundas”.

Amalgamation and the City of Parramatta Council 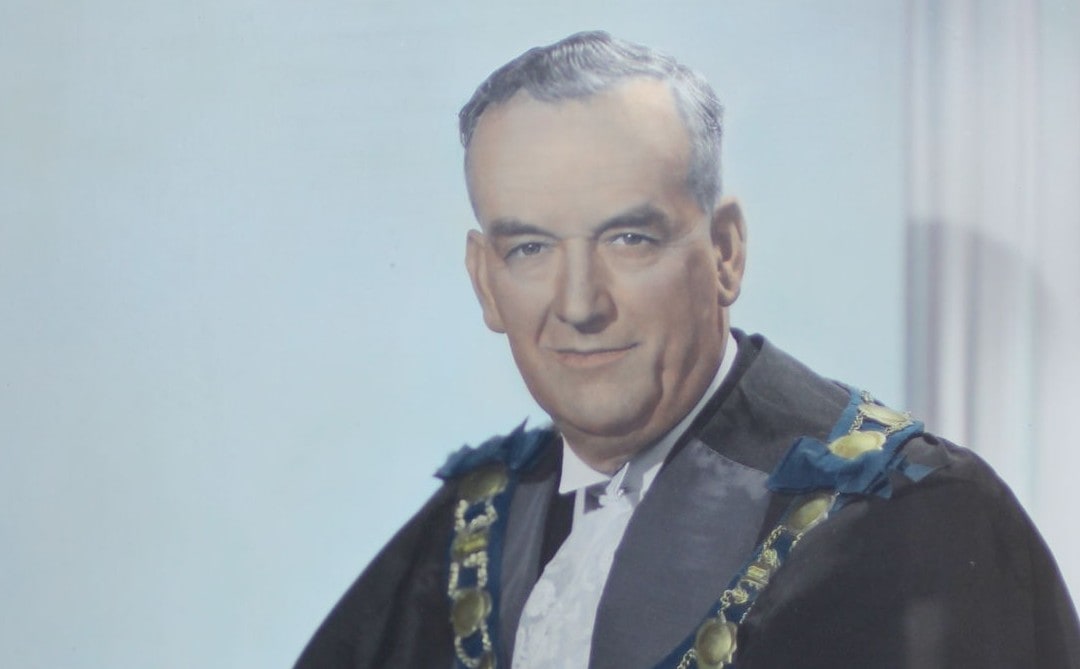 In 1950, following a re-organisation of Parramatta’s wards, the Ermington-Rydalmere ward was absorbed into the Dundas Ward with the addition of two more aldermen.

In 1995, another re-organisation of the City of Parramatta local government area resulted in five electoral areas being renamed. Dundas Ward was divided into parts of the now former “Lachlan Macquarie Ward” and “Elizabeth Macarthur Ward”. Each Ward had three councillors, with a total of 15 councillors. 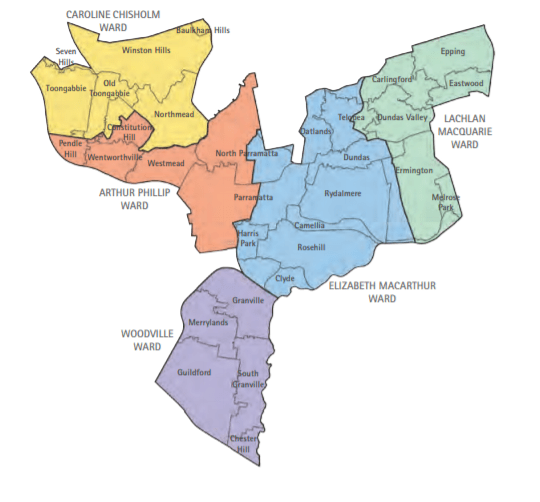 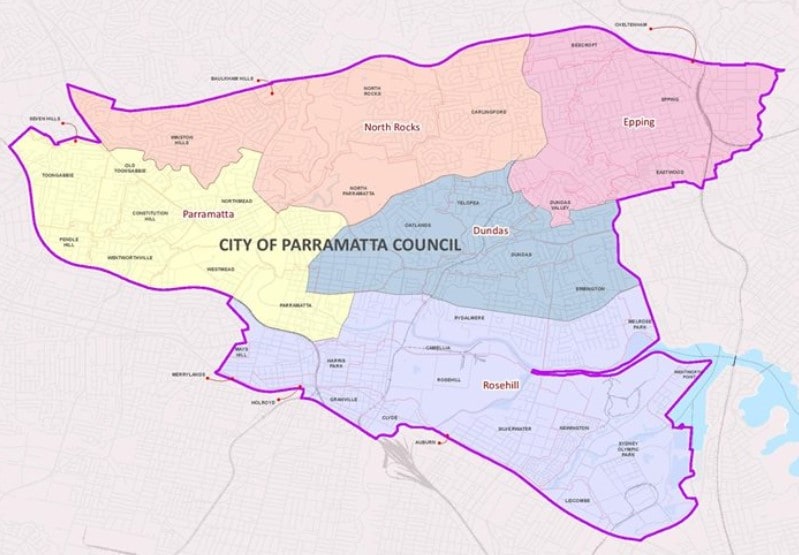