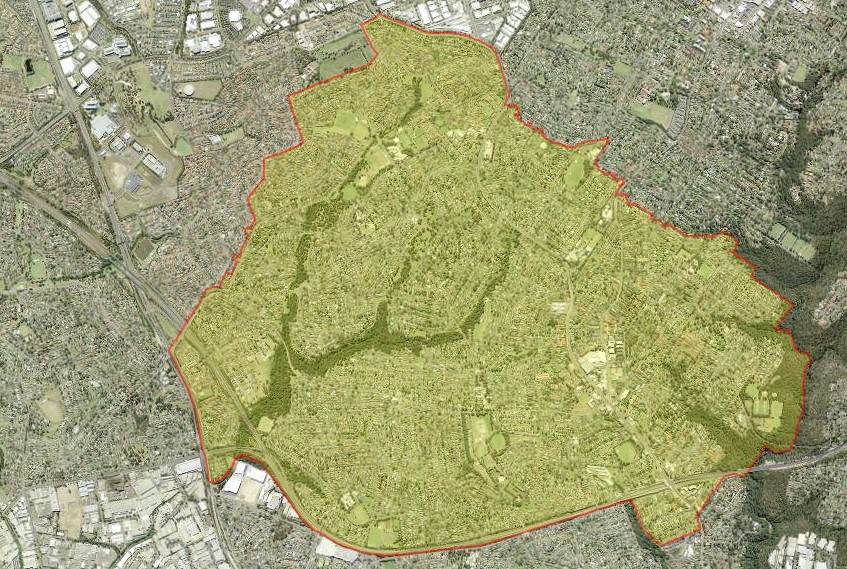 The suburb of Baulkham Hills lies within the County of Cumberland, approximately 5 kilometres north of the Parramatta Central Business District. A small area of the suburb bounded by Gooden Road, Naomi Road North, Windsor Road, Russell Street and the M2 Hills Motorway lies within the North Rocks Ward of the City of Parramatta.

A large part of Baulkham Hills covers Darug and Bidigal lands occupied by the original inhabitants of the area for thousands of years.  The remains of open camps, shellfish middens and animal bones, as well as cave dwellings with charcoal drawings have been discovered in the area. The rock dwellings found in the Darling Mills Creek area date back almost 12,000 years. From 1792 some clans fought against the settlers with the Pemulwuy Bidigal clan leading the raids at Prospect, Toongabbie, Parramatta, Brickfield Hill and the Hawkesbury River. Pemulwuy was described as ‘a most active enemy to the settlers, plundering them of their property, and endangering their personal safety’. Military force was used against Pemulwuy and in 1797 Pemulwuy led a raid on the government farm at Toongabbie where he was wounded. Following his recovery, Pemulwuy continued his raids until November 1801 by which time Governor Hunter had offered a reward for his death or capture. Pemulwuy was shot and killed in June 1802 by seaman and explorer Henry Hacking who arrived in the colony in 1788 as quartermaster of the Sirius. Records indicate Pemulwuy’s head was sent as an indigenous specimen to Sir Joseph Banks. The head has not been found in an English repository to date. By the 1820s the Cumberland Plain was occupied by over 24,000 colonists, and the pattern of life the Darug had developed over thousands of years had almost disappeared from the area. [1]

European settlement began in 1794 when Hawkesbury Road (Old Windsor Road) passed through the area. The same year the first land grant of 30 acres to pardoned convict William Joyce was made.  Other early settlers included Andrew McDougal, John Macarthur and later Mathew Pearce of Bella Vista Farm and George Sutter, an orchardist.  After the arrival of George Sutter in 1802 who grew oranges commercially, citrus trees were planted in great numbers in the area.

The name Baulkham Hills was in use from about 1801-2 and there is no official record for the naming of the district. Possible sources for the name come from a legend that says the suburb was named by angry bullock drivers because the bullocks would “baulk” at the steep slope on the run from Parramatta. The other probability is Andrew McDougall named the area after his home Buckholm Hills in Scotland. 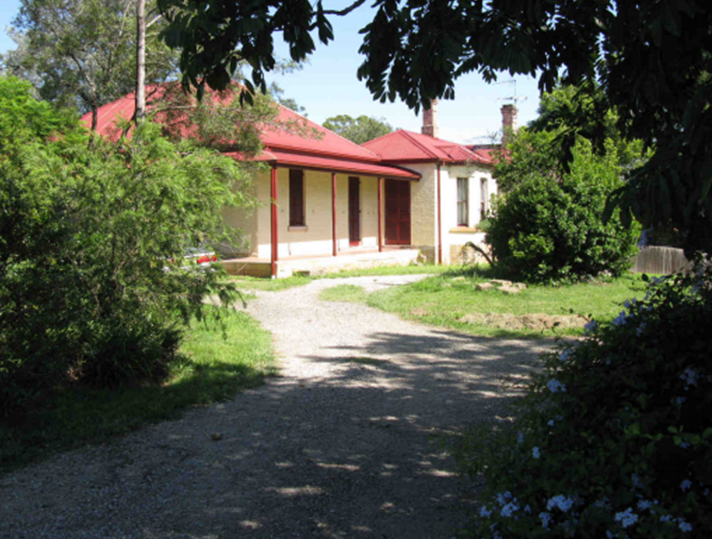 The steam tram, the Rogan Hill Line from Parramatta to Baulkham Hills which opened in 1902, carried mainly farm produce. The tram was converted to a railway which connected to Westmead in 1923, but with better roads, the increased use of trucks for transporting produce, traffic problems on Windsor Road and financial difficulty, the line was closed in 1932.

Baulkham Hills was rich and productive with citrus fruit and provided considerable produce for Parramatta and later to wider markets. Following World War One, some of the larger properties were subdivided into smaller properties and sold. Baulkham Hills remained semi-rural until the large scale subdivisions in the 1960s where the markets and flower gardens, dairy and poultry farms made way for residential development.

Baulkham Hills was proclaimed a Shire in March 1906 with Bruce Purser the first elected president. Electricity came to Baulkham Hills in 1925. [2]

The parts of Baulkham Hills that lie within the City of Parramatta include the land grant to Edward Braddock in 1862. This 41 acre grant was west of present day Windsor Road, with Junction Road in the north and Naomi Street North forming the southern boundary. The house at 266-268 Windsor Road is on Edward Braddock’s grant and dates from the 1890s and is listed in the Parramatta Local Environmental Plan 1996, locally listed heritage items. [3]  Also included is the eastern section that includes Russell Street that was part of Mathew Pearce’s property. The former Baulkham Hills Public School was located on the corner of Windsor Road and Russell Street. It opened in 1868 and closed in 1999 due to falling enrolments and safety concerns with the M2 Motorway immediately to the north. [4] [5] 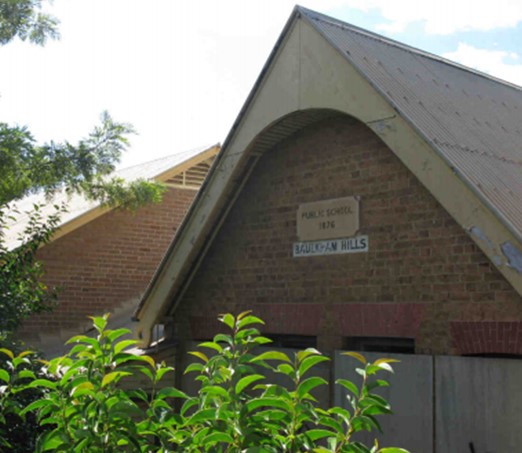 The Hills Shire has a reputation as the ‘Garden Shire’ mainly due to the bushland, reserves and gardens of its residential areas. The annual Orange Blossom Festival held each September recalls the area’s earlier activities and outlook.

In the 1960s urban development significantly increased and many homes were built with the majority of residents living in the southern part of the Shire. According to the 2016 census, there were 37,050 residents in Baulkham Hill with 60% of residents born in Australia. [6]

The M2 Motorway planned as far back as the 1940s opened in 1997, and separates this small section of Baulkham Hills from the Hills Shire. [7] This part of Baulkham Hills has changed from being predominantly agricultural to a leafy residential area.